They “Let it Go” to the wrong address! 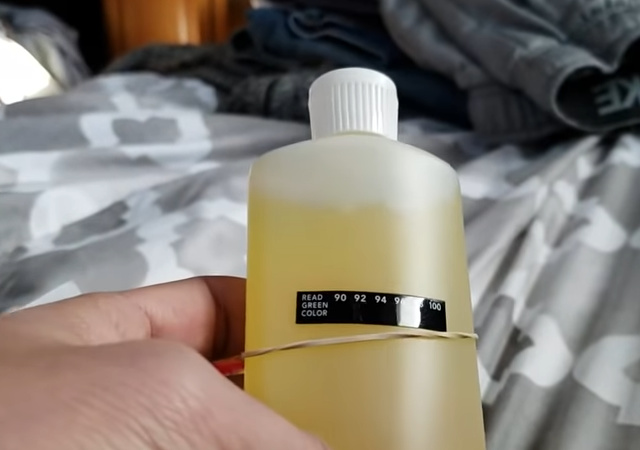 During the Thankgiving weekend, a Washington state theater had to evacuate during the hit sequel “Frozen 2” due to a package of human urine marked “highly contagious” sent to the wrong address.

The mysterious delivery was left outside the North Bend Theatre and discovered by the manager, who opened the package to find liquid labeled “highly contagious human substance,” according to news station KOMO.

Hazmat crews were called to investigate the package while movie-goers were flushed from the theater, the news station reported. The manager who opened the package was rushed to the hospital as a precaution.

“Box has been isolated and one patient treated as a precaution,” firefighters tweeted.

The incident provided free drama for the area around the theater, which began at 5:15 p.m. Friday in the town of North Bend, located around 30 miles east of Seattle.

A total of five hazmat techs arrived at the theater to analyze the package as the building was evacuated and nearby streets were closed as authorities tried to determine what was inside the package, according to fire officials.

…Tests of the liquid later revealed it to be urine that was “disposed of appropriately in a bio container,” fire officials told KOMO.

The package was originally intended for a medical clinic in Tacoma, located more than 40 miles away. Officials have not said how it ended up in North Bend.

“All is well,” the theater said Saturday on its website. “The emergency vehicles you may have seen in front of the theatre on Friday, November 29, were there in response to our call regarding a mislabeled package that was leaking an unknown liquid.”

It appears whoever delivered the package “Let it Go” to the wrong address.

There is a yellow snow joke in here somewhere.

Remember … you started it …

notamemberofanyorganizedpolicital in reply to legacyrepublican. | December 2, 2019 at 6:30 pm

I didn’t know she was Russia did you?

Explains her jumping up and down and you know what on a Russian Hotel bed…………..

I’m having some trouble figuring out what “highly contagious” urine is.

Must be culture positive, but unless you bathed in or ingested the stuff it’s not likely to contaminate someone else.

And this is why you never open a package whose origin you do not know! ESPECIALLY if the package appears to be “leaking”!

This is Counter-terrorism 101. But most people are so safe and secure in their daily lives they never think about this sort of thing.

If the urine is highly contagious it must be my sample.

notamemberofanyorganizedpolicital in reply to puhiawa. | December 2, 2019 at 6:32 pm