“I think we all made the mistake of not following Toni Morrison’s advice, which is when people tell you who they are, believe them.” 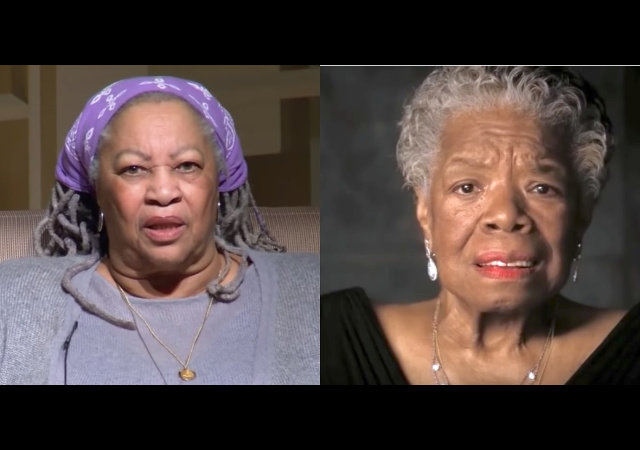 Meet the Press host Chuck Todd slammed President Donald Trump over his supposed “willingness to ‘spread disinformation'” during an interview with Rolling Stone.

“I fully admit, listening to you ask that question now, and me giving you the honest answer of, yeah, I guess I really believed they wouldn’t do this. Just so absurdly naive in hindsight,” Todd responded. “Donald Trump’s entire life has been spent using misinformation. His entire life. I’ve spent years studying him now on trying to figure out how did this guy even learn politics? Where did he learn?”

He continued, “And the more you learn, you realize he learned at the feet of a master of deception in Roy Cohn, who learned at the feet of the original master of deception of sort of the modern political era in Joe McCarthy. So I mean, look, if people want to read my answer to your question, ‘Boy, that Chuck Todd was hopelessly naive.’ Yeah, it looks pretty naive. I think we all made the mistake of not following Toni Morrison’s advice, which is when people tell you who they are, believe them.”

Many years ago, she was talking to Dr. Maya Angelou about a relationship wherein — as she shares in this clip from “Oprah’s Lifeclass” — she spent a lot of time waiting by the phone for a call that rarely came.

Dr. Angelou’s response became one of Oprah’s favorite life lessons to date. The lesson? “When people show you who they are, believe them.”

“When a person says to you, ‘I’m selfish,’ or ‘I’m mean’ or ‘I am unkind,’ believe them,” Oprah says in the clip. “They know themselves much better than you do.”

At the time of the relationship discussion, Oprah was telling Dr. Angelou about how she was being let down by the man she was dating. Oprah says Dr. Angelou didn’t understand her frustration. Says Oprah, “[Dr. Angelou] was saying to me, ‘Why are you blaming the other person? He showed you who he was.’”

You know if a conservative confused Morrison and Angelou the left and media would brand them a racist.

I hear nothing but crickets right now.

In Todd’s defense,he probably thinks “those black women all look the same.”The guy’s an idiot.

My goodness, can’t someone make an honest mistake without being called racist? Good grief.
Re: crickets…..check out Twitter, no crickets there,

There’s not an honest bone in the body of Todd.

But these were not obscure figures, both were very well known as popular writers. And Toni Morrison won the Nobel Prize in Literature.

Yes, they can. If they are one of your comrades and are insulated.

Chuck Clodd clearly knew the question in advance, prepared an answer that smeared Trump and was crafted to implicitly suggest a black icon would have disapproved of Trump. The pandering fell apart when he forgot his line. No sympathy for this race pandering imbecile.

“Two great female African-Americans”?! What made them great? Angelou’s lifelong hatred for America, or her support for such luminaries as Fidel Castro, Louis Farrakhan, Mummia Whatsisname, and St Rachel the Pancake? Morrison’s support for Hamas, her accusation that Israel was “liquidating the Palestinian people”, her belittling the Holocaust, or her claim that Jews now behave like white people and are therefore the enemy?

Angelou was definitely a gifted wordsmith, but I found her books to be utterly self-serving. She was always a victim of every circumstance, according to her. None of her actions were her fault.

You’re right. They do have a lot in common.

Did… both have now shed this mortal coil.

Whatsisname, aka The guy who killed Phila. police officer Daniel Faulkner on Dec 9, 1981. That’s a good enough name for him, the POS.

The problem here isn’t that Todd is getting skewered for confusing the two. I actually do think it was an honest mistake with no malice attached at all. My problem with Todd is that he and his media buddies get so righteously indignant if a conservative made the same mistake, and they keep pounding it and pounding it and pounding it. So yeah….Todd made an honest mistake and I want the whole works to repeat for days on end that he is a white privileged, hateful racist that is probably a closeted KKK member….only so he can get a big dose of what he enjoys dishing.

“I actually do think it was an honest mistake with no malice attached at all.”

WC Fields has it right, “If we should ever separate, my little plum, I want to give you just one bit of fatherly advice: Never give a sucker an even break!”

Just another instance of a Democrat and “Progressive” being racist. Its been clear for years that “progressive” and Democrat allegations against Republicans, Conservatives and Libertarians are merely the projection of their own vicious prejudices and greedy intentions on others. Nice to see one of their most noticeable, if dumber, propagandists making this even more obvious.

Personally I don’t know which is which, but the one on the left looks like Medusa.

I can’t tell them apart either but don’t go around praising them.

Thylias Moss, “The Warmth of Hot Chocolate,” is great. Black poet, graduate of Oberlin. I think she’s gone native now though and is on the faculty somewhere in Michigan.

Native means doing what faculty does.

Anyone wanting evidence of the mass media’s steep decline need look no further than Meet the Press. I respected Tim Russert immensely, my dad you to calm him “the bulldog”, and he was and I am a conservative. Chuck Todd is a hack, an intellectual lightweight DNC stooge, nothing else.

I confuse Chuck Todd with a real journalist all the time.

He’s a dem/liberal. Nothing will happen to him other than a few nastygrams.
He should be fired immediately like any repub would be if they had made the same mistake.

To chuck toddler, they all look alike.

At a quick glance I thought the headline read Chuck Norris and immediately thought; Chuck Norris reports the facts. The world just fails to live up to them.

Surely, at least on our side, we can try to focus debate on more substantive matters than a slip of the tongue, even from a hyper-biased source like Chuck Todd.

Just because you can swing doesn’t mean you should.