“A male suspect was shot by specialist armed officers from the City of London police, and I can confirm that this suspect died at the scene.” 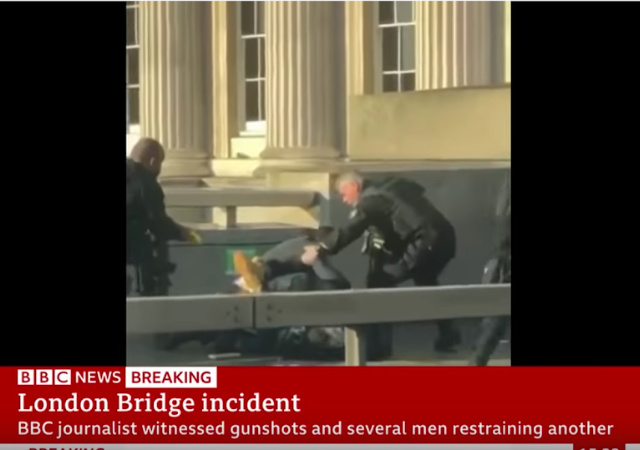 Assistant Commissioner Neil Basu announced outside of Scotland Yard that authorities have declared the stabbing attack on London bridge a “terrorist incident.” The Guardian published his press conference:

I can confirm that at approximately 2pm today Friday the 29th of November. Police were call to a stabbing at a premises near to London Bridge EC1. Emergency services attended including officers from the City of London police and the Metropolitan Police.

A male suspect was shot by specialist armed officers from the City of London police, and I can confirm that this suspect died at the scene.

A number of other people received injuries during this incident. As soon as we can provide further updates on their condition we will. And our heartfelt sympathies go out to everybody who’s been involved in this and is anxiously waiting for information on their loved ones. As soon as we can get that information w will get it to you.

As you would expect due to the nature of the incident, we responded as though this was terrorist related. I’m now in a position to confirm that it has been declared a terrorist incident.

Basu did not specify how many the man injured, but I’m seeing in some reports that he injured five people.

Basu confirmed the suspect wore a hoax explosive device on his chest. As of publication, the London Bridge station remains closed.

Please stay away from #LondonBridge! I just saw a man with a knife being shot in the head by police. Please be careful London! pic.twitter.com/BotIffaLJ0

As you can see in the video many people tackled the terrorist. One man managed to take away the knife. It looks like the police shot the suspect after they pulled off the pedestrians. 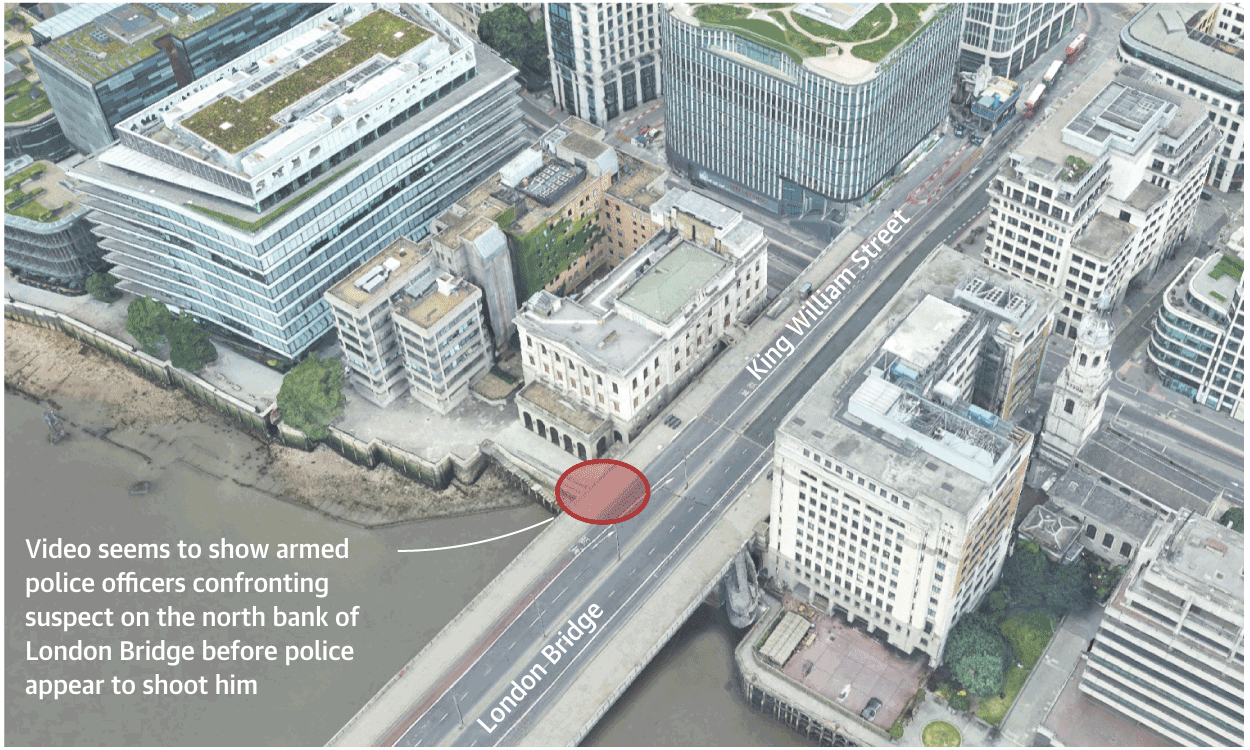 What’s the over-under on how long it takes the police to “clarify” their statement and withdraw the terrorism designation?

The best part is that citizens refused to be bystanders. The police had to pull them off to get at the terrorist. You might say the police were trying to save his life but he insisted on dying. We’ll see.

In other words, the terrorist’s trial will not be lengthy? The officer will probably be prosecuted.

Okay, moving toward the truth, but not quite there. With a little more accuracy we might learn a few more things, like,

The Prince Charles of the British government will likely request the bystanders who kicked the murderer’s ass be prosecuted.

Damn Amish at it again.

We have to remember pelosi is a big fan, running to fascist Syria, sexist headscarf and all:

I get the impression from this video, and from a few others I have seen, that the British police too often will only try to wrestle violent criminals into submission when judicious use of a baton would be more likely to cause them to stop fighting. A few raps of a nightstick might have avoided the need to shoot the goblin.

An armed citizen could have saved the police all the trouble.

Is my impression accurate? If not, I want to know.

Better they shot him.

Well at least we have another bakery employee who is not willing to put up with the same crap as the London police:

We know where this one is going.

THAT is where it is going.

…whereupon the thief’s mother filed an assault complaint with the police, calling the thief’s apprehension racist because no white shopkeeper would use force to stop a white thief. This is the subculture of criminality and pathological victimhood which liberals tell us does not exist.

And as usual the Baby Mommy doesn’t take any responsibility for her child’s criminal behavior but has to play the race card instead.

“I think she went way above the law,” Smith said, adding that she thinks race may have been a factor because her son is black and Pegler is white. “I just feel like if it was a white kid, she maybe would have cussed him out … but for her to go above and beyond …

No honey, you’re kid is a criminal at 14 years of age and deserves everything he got. And if he continues his criminal ways he’s going to get a whole lot more. Guaranteed.

Best they shot him.

Getting back on topic, BBC reporting two killed:

At a press conference, Met Police commissioner Cressida Dick says: “As well as the suspect who was shot dead by police, two of those injured in this attack in the London Bridge area have tragically lost their lives”.

Numbers game…..two killed for one jihadist. That was a win. For the British to win requires steps toward personal protection they can’t stomach….which historically they could and did. The Spanish , French and German attacked generational too soon (if history was static…which is not the case…but anyway).