These Thanksgiving Desserts Bring a Lot to the Table

These Thanksgiving Desserts Bring a Lot to the Table

There’s plenty of room on the dessert table for more than pumpkin pie. 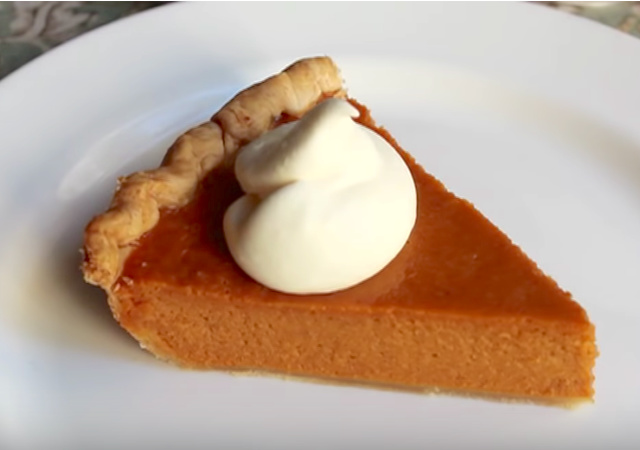 We celebrate Thanksgiving today, which means FOOD! If you follow me on Twitter (warning! I swear a lot), you’ll notice I have a passion for cooking and baking.

I decided to share with you great Thanksgiving desserts you can bring to your table this year along with links to the recipes.

A classic. I also have to say no recipe tops the good old Libby’s Pumpkin Pie recipe, which is plastered on the pumpkin can.

Also, it’s hard to top a homemade crust. It’s extra work but adds so much to the dish.

It’s incredibly easy, too. Instead of gingersnaps, I use graham crackers. I like them better.

Make sure you have the cream cheese at room temperature!

I made these a few weeks ago. TOTAL HIT. You can buy premade ingredients since it’s time-consuming. But making everything homemade is worth it.

I’m originally from Chicago. I still consider myself a northern girl, a Yankee at heart. But I’ve also embraced Southern traditions, especially when it comes to food.

It’s hard to beat Southern Living recipes! I am not a fan of pecan pie, but my family loves it.

I prefer to make the pie into bars. Easier to handle and less messy. Plus it allows better portion control.

I did not know about this dessert until I moved to the south, but it’s delicious! I swear the Southerners know what they’re talking about when it comes to food.

The recipe calls for premade pie crusts, but if you’re like me, everything has to be homemade. You can use the crust recipe I posted above.

Again, stir in each ingredient separately.

This is another Southern classic recipe. It has become one of Southern Living’s most popular dessert recipes ever.

It calls for all-purpose flour, but I have found cakes turn out better with cake flour. Also, always sift your flour! If you don’t have a sifter use a handheld strainer to sift into a container.

I added in the lightened recipe as well.

There is a possibility that I have eaten too many chicken enchiladas and the pie many have to wait. The apple pie cookies look interesting. Happy Thanksgiving!

Thanks, Mary. Those all look yummy! Pro tip: Duck eggs – if you can find them – make REALLY good pumpkin pies.

Ohhhhh, nothing beats home made pie crust. I don’t think pie crust is hard, it is fussy though. The best thing to do with the odd bits of left over pie crust dough, roll them and bake with cinamon and sugar. A secret treat for the baker.

You might really like these pecan pie muffins. They’re not as sticky as the bars, so yummy, it should be harder to make. I add chocolate chips to half of the batch.
https://www.the-girl-who-ate-everything.com/pecan-pie-muffins/

I found a recipe for pumpkin pie that makes people look at me like they’ve never tasted pumpkin pie before… and they probably haven’t, canned pumpkin is usually a butternut squash. I like Libby’s products, but I’ve been ruined by homegrown pumpkin pies.
http://pickyourown.org/pdfs/pumpkinpie.pdf

Those apple pie cookies are beautiful!
Hope everyone has a wonderful holiday weekend!

Have you ever tried Lane cake?

Chocolate chess pie – have it every year. Must be made with superior chocolate. Better than anything you can buy.

How did chess pie get its name? Do you know?

Does Pizza pie count as a dessert?

I never heard of some of these.

I love to cook and to bake, and I have to say some of these recipes are new to me and I will be trying them.

I do make a pumpkin cheesecake, but I had never even heard of or even considered using ginger snaps in the crust. Graham crackers all the way! I want my pumpkin-y, cream-cheese-y goodness to be the focus, not the ginger (which is a very strong flavor and to me too much for a pumpkin cheesecake, which is delish with no crust at all!).

On that note, consider using your pumpkin cheesecake mix as an icecream starter, simply stuff it with some cream and milk (about half a cup of each) into your ice cream maker, and yum!

Woe is me? Just reading these recipes I’ve put 5 lbs!