Report: Illinois Public Schools Lock Kids, Even Those With Disabilities, in Isolation

Report: Illinois Public Schools Lock Kids, Even Those With Disabilities, in Isolation

9-year-old autistic boy: “By 11 a.m., Jace had also defecated and was smearing feces on the wall. No adults intervened, according to the log. They watched and took notes.” 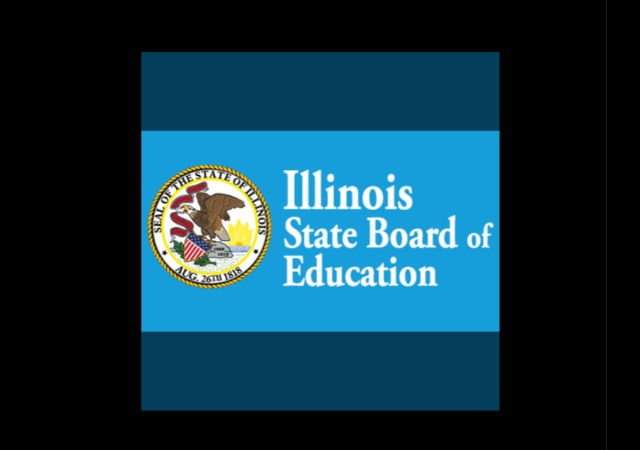 The Chicago Tribune released a disturbing report that shows Illinois public schools lead the nation in isolating children as young as five.

The majority of students sent to these “quiet rooms” have disabilities. Teachers place them in the rooms due to little infractions like tearing paper to more severe ones like biting.

Illinois allows “school employees to seclude students in a separate space” if they believe the “students pose a safety threat to themselves or others.”

The Chicago Tribune and ProPublica Illinois analyzed “more than 20,000 incidents from the 2017-18 school year and through early December 2018.”

Only 12,000 incidents included the violation committed by the student. School employees did not document the infraction in over a third of the incidents:

Some districts declined to provide records or gave incomplete information. Others wouldn’t answer even basic questions, saying the law did not require them to. Of more than 20 districts reporters asked to visit, only three said yes.

“Is this something that we’re ashamed of? It’s not our finest,” said Christan Schrader, director of the Black Hawk Area Special Education District in East Moline, which documented about 850 seclusions in the time period examined.

Schrader said she thinks her staff generally uses seclusion appropriately but acknowledged room for improvement. She met with reporters at the district’s administration building but wouldn’t let them see the seclusion rooms in the school across the parking lot.

“Nobody wants to talk about those things because it doesn’t reflect well,” she said.

The schools have to provide thorough details if they isolate a student.

Here is one incident when a teacher at Kansas TLC isolated a 9-year-old autistic boy after he tore up a math worksheet and tried to leave school:

About 20 minutes after he was put in one of his school’s Quiet Rooms — a 5-foot-square space made of plywood and cinder block — 9-year-old Jace Gill wet his pants.

School aides had already taken away Jace’s shoes and both of his shirts. Jace then stripped off his wet pants, wiped them in the urine on the floor and sat down in the corner.

By 11 a.m., Jace had also defecated and was smearing feces on the wall. No adults intervened, according to the log. They watched and took notes.

“Dancing in feces. Doing the twist,” staff wrote at 11:14 a.m., noting that the boy then started pacing back and forth.

“I need more clothes,” he called out.

“We know,” an aide answered.

Jace banged on the walls and tried to pry open the door. He sat against the wall, crying for his mom.

Jace’s mom claimed the school reassured her “he would never be shut inside alone.”

Another school in a special-education classroom had a box “3 feet wide, 3 feet deep and 7 feet tall.” The school used it to isolate students, including a non-verbal 16-year-old boy named Ted. The Chicago Tribune wrote he “was routinely shut inside.”

Teachers should rarely use the room, but the investigation found most do not use it as a last resort:

Seclusion is supposed to be rare, a last resort. But at Bridges, part of the Kaskaskia Special Education District in southern Illinois, and at many other schools, it is often the default response.

Bridges used seclusion 1,288 times in the 15 months of school that reporters examined. The school has about 65 students.

According to the Tribune/ProPublica Illinois analysis of Bridges records, 72% of the seclusions were not prompted by a safety issue, as the law requires.

This has caused students to fear school. One mom said her child, only aged 9, “sees himself as such a bad child that he believes he belongs in seclusion.”

Why, in the name of all that’s holy, do we try to “mainstream” students that should not be in a normal classroom, and who disrupt the learning experience for other students?

Neither the limited child, nor the normal students are well-served.

Inclusion should always be the goal. There are obviously situations where that’s not possible, but “Neither the limited child, nor the normal students are well-served” is just not true.

“It’s almost like there’s a policy to ruin our public schools by overburdening them.” That’s what illegal immigration does, not accommodating special needs children. I’m paying taxes, they damned well better be educating my child.

Inclusion sounds like a fine goal, but at what cost?

There are many instances where it is impossible to mainstream every student. This does not just apply to special ed students. Many children these days aren’t prepared for school due to a lack of caring by the parent(s). They use the school for a babysitting service while they lounge about and bitch about their kids. My next door neighbor had a child who is approximately 5 years old who cannot speak understandable English. These are not Hispanic people. The mother does nothing but scream at the child and hit him in the head when he doesn’t mind her. The poor child is as sweet as an angel, he follows me everywhere I go as I do yardwork, and cries when he has to go home. I finally reported the mother to DFACS here, and her sister got custody of all the children. I have stayed in touch with her, and the 5 yr. old has improved dramatically with just 6 months of love and attention. The point is much of this starts at home. If a child is mentally disabled he should be placed in a class commensurate with his ability. This often will include special ed classes, with the goal being to mainstream the child at the appropriate time. But any teacher who places a child in a box and watches them smear shit on the wall while making notes about it needs to be put in the same box for 24 hours. Before it is cleaned up. It will put a stop to this, guaranteed.

I agree that inclusion is a good goal and is awesome if done correctly. I hope your child is well served but the truth is too often what was noted above, same expectations with punishment.

Offer a better argument, don’t demand others comply with your notion of correct.

This “inclusion” policy is the same one that keeps your children stuck in classrooms with criminals that can’t be expelled.

The whole “education is a right” belief system is destroying public education and the snowball has become an avalanche of destruction.

Every year, we produce a new set of graduates educated to a new level of low.

This was supposed to be fiction….

Another argument for school choice.

Horrible story. I’ve seen teachers abuse time outs just by separating from group while in same classroom. It is really awful what they did.

This is abuse. Nothing less than abuse.

The school should be shut down NOW for abuse of students.

This is what we get for being good little sheep to the establishment — they should fear us. Instead, they abuse children without any concern whatsoever and without any requirement for public airing.

Yet reasonable application of corporal punishment is decried as abusive…

I’d take a couple firm swats on the behind with a honeycombed hardwood paddle over what amounts to solitary confinement. Worse, actually. Inmates in solitary at least have a toilet.

(By reasonable I mean “for wilfully repeated offenses, and those which are clearly violent and/or dangerous”. I would not paddle an autistic boy for ripping up his papers.)