Branco Cartoon – The Sky is Falling

Branco Cartoon – The Sky is Falling

On the impeachment sham 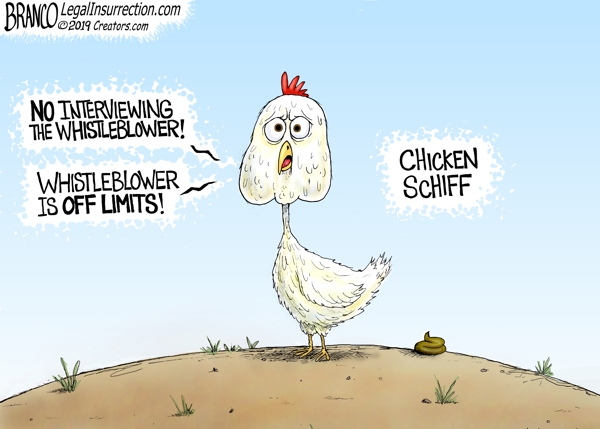 Nice touch with the turd left behind instead of an egg. Great one, Mr. B!

Of course, Schiff might complain this cartoon he identifies as a rooster which sports a crown. But, we all know he isn’t royalty. He is just a jester putting on a stage show to entertain the resistance.

In other words, Schiff could be easily depicted as a rubber chicken too.

Keep that in mind, Mr. B, for your next spot on cartoon.

I am a super fan of your cartoons Mr. Branco but I have to say – I think you out did yourself with this one. Cracked me up.

That is THE MOST NAUSEATING chicken I have ever seen. Why if that chicken were in my coop, I’d leave the door open for a fox and ring the dinner bell.

Probably best one yet.

PERFECT character cartoon of the SkY is falling MORON, MR. chicken CHIT himself!!