The doula wrote: “Women birth all the people, make up half the population, but less than a third of the seats in the House of Commons are occupied by us.” 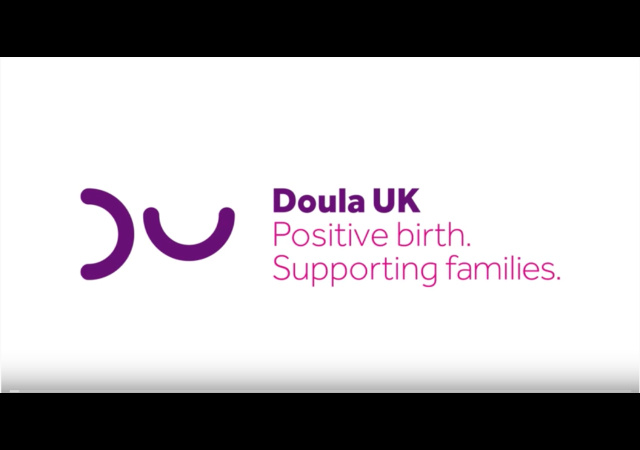 Lynsey McCarthy-Calvert had to resign as the spokeswoman for the charity Doula UK because she had the nerve to stray from reality.

Mrs. McCarthy-Calvert actually said that only “women birth all people.” Can you believe that?!

It all started because trans women, who are not biologically female, have caused a ruckus over in the UK (emphasis mine):

Flora margarine stopped advertising on Mumsnet after the website was accused of being transphobic for hosting a wide range of views on transgender issues. And the makers of Always sanitary towels removed the female ‘Venus’ symbol from packaging after complaints from trans men.

The Doula UK row started after Cancer Research UK dropped the word ‘women’ from its smear test campaign, instead saying screening was ‘relevant for everyone aged 25-64 with a cervix’.

In response, Mrs McCarthy-Calvert posted a photograph on Facebook of a negligee-clad woman somersaulting underwater, with the wording: ‘I am not a “cervix owner” I am not a “menstruator” I am not a “feeling”. I am not defined by wearing a dress and lipstick. I am a woman: an adult human female.’

Beneath it she wrote: ‘Women birth all the people, make up half the population, but less than a third of the seats in the House of Commons are occupied by us.’

Over 20 trans activists complained about the Facebook post because it clearly violated Doula UK’s policies that no one involved with the charity should “‘post anything that our colleagues, clients and affiliates would find offensive.'”

I guess you’re transphobic when you state a scientific fact. From The Daily Mail:

They [Doula UK] did not expel the mother- of-four, who has been a doula – who provide continuous support during pregnancy – for six years, but threatened to suspend her unless she deleted the post.

Mrs McCarthy-Calvert did so, but resigned believing Doula UK had ‘acquiesced’ to demands from a small number of activists and failed to stand up for women’s rights.

‘I am angry and sad,’ she said last night. ‘I was effectively ostracised for saying I am a woman and so are my clients.

‘I have been very disappointed by Doula UK’s response. The leadership are paralysed by not wanting to upset transgender rights activists. They have fallen over themselves to acquiesce to their demands.’ The controversy comes after a series of recent victories for transgender activists.

The doula wrote: “Women birth all the people, make up half the population, but less than a third of the seats in the House of Commons are occupied by us.”

Just wait for the grousing when all those seats are actually occupied by men “identifying” as women.

I think you meant to say “to stick with” reality.

Or strayed into reality.

Reality is racist, sexist, homophobic, and transphobic. But they can’t deplatform reality, only those who don’t go along with their illusions.

And I said that people on the left say men can menstruate.

For that, I was not merely booed; I was laughed at by the panel, Maher and the audience.

What do you do when so many people pretend stupidity = intelligence? It is widespread. I don’t know why Prager went on the show.

She likely got that notion from the fact she’s never seen a baby birthed through a penis. Not has anyone else. Ever.

Transphobia is a projected condition where individuals in the transgender spectrum believe that their divergent physical and/or mental (e.g. sexual orientation) sex-correlated attributes (“gender”) will not be normalized through a democratic consensus.

I think I have a pretty good understanding of everyday English (I’ve been exposed to it for 62 years) and speaking it for over 60. But I have no idea what you are trying to explain.

The transgender spectrum and the cause that judged, labeled, then canceled the Doula coach.

Politically incongruent biology: A human life is a male and female conception who evolves and is birthed in the female.

Politically congruent biology: a human life is delivered by Stork at the time of viability.

How many months/years since air breathing is the new viability threshold? Infanticide means you care for Mother Earth and how Climate Change is hurting Xer.

It’s a wicked solution, to an albeit hard problem: the pursuit of wealth, pleasure, leisure, narcissistic indulgence, taxable commodities, and shared responsibility.

We might as well write off the UK–they keep getting crazier by the minute.

They voted for socialism. It didn’t work out well.

Doula UK was effectively ‘Gulaged’ by Stalinist forces. Doula should not have caved. Shame on them.

Among mammals, giving birth is the defining feature of a female. To state otherwise is ridiculous, similar to stating that the Earth is flat.

Well, OK. Only women can give birth.

But shouldn’t men at least have the right to give birth?

I’m gay, but even I know that butt babies don’t live. It’s a feature.

Time to start culling the herd.