“Come join us in confronting White Supremacy through students’ performances.” 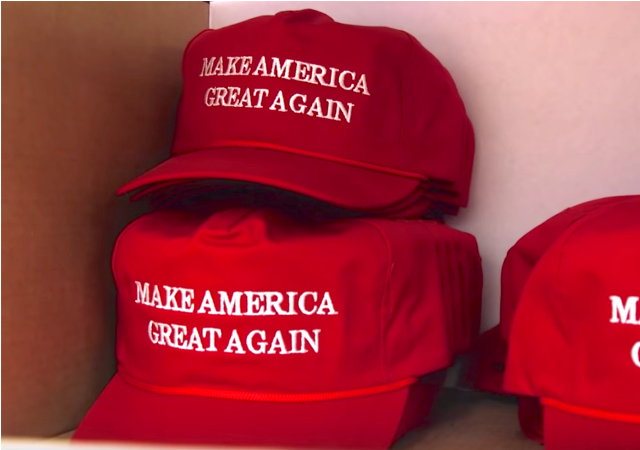 Guess what was at the top? Make America Great Again! From College Reform:

The event, “Confronting White Supremacy through the Arts” was hosted by co-directors of the World Cultures program at SDCC, professors Michelle Chan and Maria-Jose Zeledon-Perez.

“Come join us in confronting White Supremacy through students’ performances,” read a promotional flyer for the event, photographed by Campus Reform. “Prior to the performances, guest speakers will set the stage and contextualize what white supremacy is, its areas of activity, and how rampant it is in our society, curriculum, mindsets, and media.”

These folks are mentally ill.

There’s no such thing as “reverse racism.” It’s just plain old RACISM, and can be done by anyone to anyone.

I get so confused …. why is it that Asians don’t seem to suffer from White Privilege?