Portland State University Will Keep Armed Police, But Will Still Use Unarmed Officers

Portland State University Will Keep Armed Police, But Will Still Use Unarmed Officers

People “booed and hissed” when the president made the announcement, “with a few muttering ‘shame, shame.'” 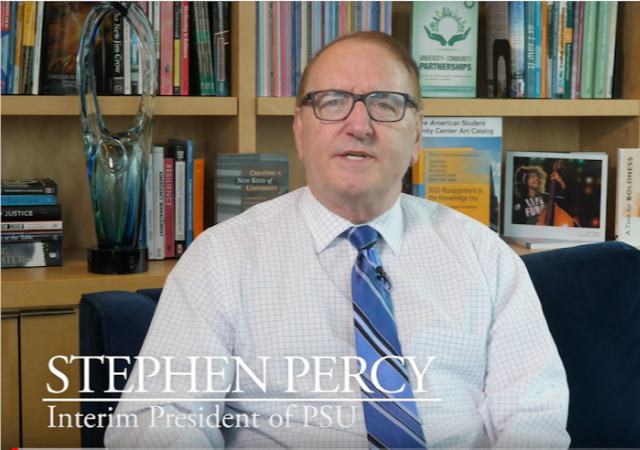 Portland State University did not fully cave as it agreed to keep armed police officers, but it will also “double the number of unarmed campus officers.”

Yes, the school will continue to use these unarmed officers and spend money to “improve training on how to control dangerous civilians without firing bullets at them as part of a package of reforms recommended in the year since campus police fatally shot a black man near a downtown bar.” From OregonLive.com:

Interim President Stephen Percy introduced the eight-point plan during a standing-room-only meeting of the university’s board of trustees Thursday.

Students and community members packed the university’s fifth-floor board room throughout the three-and-a-half-hour event, cycling in and out as their class schedules permitted. Several attendees held signs sporting such slogans as “PSU is undemocratic” and “Disarm PSU now.”

Some in the audience booed and hissed when Percy announced that Portland State will still employ armed officers, with a few muttering “shame, shame.”

Among the recommended reforms, which do not require board approval to implement, are better mental health treatments, a direct line of communication between Percy and a public safety oversight committee and regular anti-bias and anti-racism trainings, according to a copy of the plan provided to The Oregonian/OregonLive.

“Keeping our campus safe is one of the biggest responsibilities I have,” Percy said during the meeting.

Campus police — both armed and unarmed — will now undergo annual antiracism and multiculturalism trainings, as well as twice-annual refreshers on micro-aggressions and anti-bias policing. Officers will also be trained annually in de-escalation techniques.

Public safety officers will also get yearly training in the use of non-lethal force, including the use of batons, pepper spray, Tasers and beanbag shotguns.

If I were a safety officer, I’d rather be armed than not.

Why do universities have their own police, as well as the real police?