Nancy Pelosi may have her own Ukraine problem

Nancy Pelosi may have her own Ukraine problem 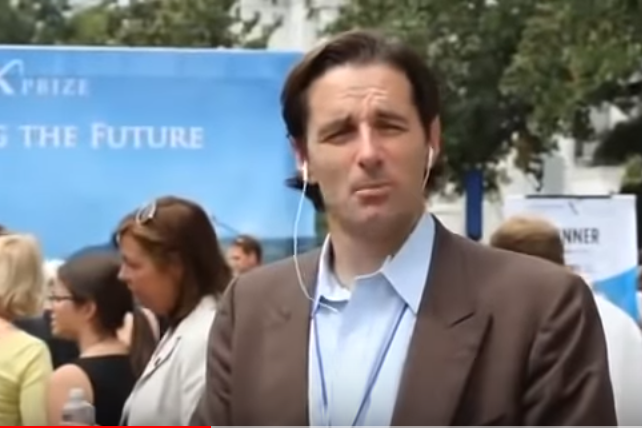 As the intricate web of foreign business interest ties to American politicians becomes more clear, it turns out that the progeny of the Speaker of the House may be entangled in its threads.

Pelosi, executive director of the Corporate Governance Initiative, was asked why he was in Kiev.

“We recently got an endorsement from the world sports alliance and we’ve spoken with the Ukraine government about collaboration for soccer for young people,” he said.

“Ukraine has a great history in soccer and we hope to share in that tradition going forward.”

Of course, that video setting has now been changed to “Private”. 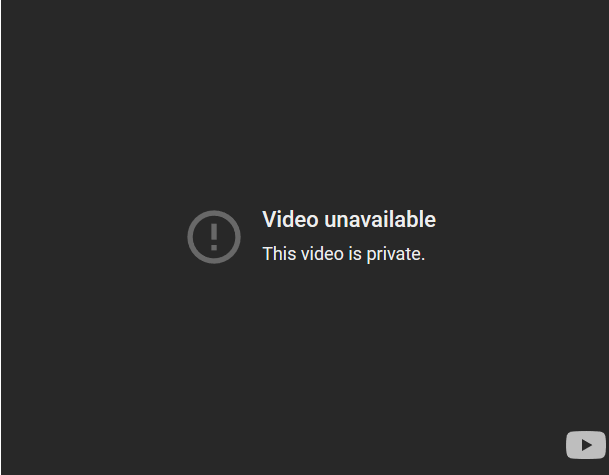 However, there is another video covering Viscoil that is still up as of this writing.  It may shed light on a more likely reason for the Ukrainian interest by the Pelosi family.

Paul Pelosi Jr. is a member of management team of Viscoil Group of Companies and NRGLab. Paul Pelosi Jr. is interested in developing clean energy that can replace gasoline and diesel as transportation fuel sources.

Pelosi’s son traveled to Ukraine in 2017 on behalf of the Corporate Governance Initiative, where he now serves as executive director.

Interestingly, another video indicates that Pelosi’s NRGLab did business in Ukraine.

Walter Afanasieff, Brandon Stone, Mika Newton and other artists are actively involved in promoting the clean technology of Viscoil Group of Companies and NRGLab. For example, Mika Newton helped to secure the rights to build a plant for the production of SH-boxes in Ukraine.

The introduction in the first video above is given by Nancy Pelosi, in which she touts Obama “elevating science to a higher place in our national priorities. It is science, science, science…and science”.  Arguably, it was corruption that got elevated.

No wonder President Donald Trump has been the target of so much political hatred since he announced his candidacy and through his presidency. The politically connected have much to protect, and parents are highly protective of their children.

However, this is not Paul Pelosi’s first potential brush with scandal. Back in 2014, the Securities and Exchange Commission (SEC) charged a company co-founded by Pelosi Jr. with fraud after learning that two convicted criminals were running the business.

The SEC charged four individuals with fraud, including former New Mexico Gov. Toney Anaya, and suspended trading in the company’s stock. Pelosi owned over 10 million shares in the company in 2009.

The SEC said Wednesday the company was “secretly controlled” by James E. Cohen and Joseph Corazzi, both of whom had previous fraud convictions. Corazzi violated federal securities laws and was barred from acting as an officer or director of a public company. Cohen was previously incarcerated for financial fraud.

Furthermore, it turns out Nancy Pelosi’s son may also be getting jobs for which he has no obvious qualifications.

The firm InfoUSA, headed by major Clinton backer Vinod Gupta, has placed Pelosi’s son, Paul Pelosi Jr., on its payroll – even though he has no experience in the company’s main business activities, NewsMax has learned.

The company is also under fire in a shareholder lawsuit which alleges that Gupta is appropriating company funds for personal use and his political pet projects.

I am so looking forward to our press  reviewing other incidences of nepotism involving Congress. After all, it went into such detail on both concerns with President Trump, surely our journalists will begin processing the information our team has assembled to develop even more detailed stories.

Meanwhile, I will kick back and enjoy President Trump’s Twitter stream, which seemingly contains a far more fact-base assessment of what is happening with both the American media and its Congress.

You know, if we had reporters like we used to, they would be looking through the business records of *all* of the children and spouses of every member of the House Intel Committee. I’ll bet bucks there are more of them in there, and on both sides of the aisle.

Back then, all reporters weren’t liberal shills for the Democratic Party. How times have changed.

Sorry, they were liberal shills. They hid it better, but they were. I was reading news periodicals in the early to mid 70s and a republican was evil and thus the existence of one inexplicable.

notamemberofanyorganizedpolicital in reply to Close The Fed. | October 7, 2019 at 4:19 pm

Even Walter Conkrite was just another Leftist Democrat Party SHILL!!!!!!!!!!!!

No one is surprised.
How else do these politicians and their families end up millionaires?

notamemberofanyorganizedpolicital in reply to CorkyAgain. | October 7, 2019 at 4:20 pm

Not a problem its business as usual for the left. They rant to show form 1956 to 1994 and that swamp has only now been attempted to be drained.

Let’s see how the Never Trumpers spin this one.
Then again, not on a weekend and not before dinner 😉

But Trump is crooked? He is dangerous to a corrupt bi partisan status quo.

President Trump has certainly revealed the ‘Swamp Rats’ (Democrat and Repubican), and thus shown the American people how terribly corrupt our Nation’s Capital is. Now Donald Trump needs back up!

Speaking of back up, is anyone here running for Congress next year? If so, let us know.

Who do these people think they are – Clintons?

It’s Ukraine, Ukraine for everyone! The nepotism is strong in this group of Dems.

A few years back someone wrote about politicians having to wear sponsor jackets, like the ones professional race car drivers have. Corporate logos/patches along with the dollar amount received. Now we have to add flags for each family member employed by a foreign country. They wouldn’t have to wear it all the time, maybe not at all, just display it, front/back in their office and on their official website. (Of course this post is intended as parody)

The more I read, the more it looks like Ukraine is the Central Clearinghouse for Liberal shenanigans

Biden, clinton, pelosi: all looted the Ukraine on obama’s watch.

WE KNOW OBAMA IS IN IT UP TO HIS TRAITOROUS NECK.

Susan Collins has joined that rat romney, condemning Trump for the biden/Ukraine probe. Gee: how much was collins making on the scam?

I donated to Collins after she showed some spine in the Kavanaugh affair, and now I’m getting solicitations whining that the left has targeted her and she’s in a desperate fight for re-election. I can’t wait for the next solicitation. She’s not going to like my response. Anyone who would side with a slithering backstabbing snake like Romney won’t be getting a nickel outta me.

And here I’ve been wondering if the name of the country was “Ukraine“ or “THE Ukraine.“

It seems everyone in the Swamp has Ukraine problems including Romney. Surprising to me, Romney may be as dirty as any of them. We already know about his having hired a Burisma board member as his national security advisor for his campaign:

So with Susan Collins stepping up so quickly to defend Romney, can we assume that she also has plenty to hide?

notamemberofanyorganizedpolicital in reply to Pasadena Phil. | October 6, 2019 at 2:26 pm

I’ve been telling people for years that Romney is a crook, and a corrupt prog to boot.

notamemberofanyorganizedpolicital in reply to Barry. | October 7, 2019 at 4:21 pm

Anyone who gave the people of Mass the White Obamacare…….

perhaps only me but seems that ” Punch me ! ” faces run in the Pelosi family

So let’s get to the bottom of the Natural Blue Resources Inc. stock (Stock Symbol NTUR). According to this article, Nancy Pelosi owned 10 million shares in 2009. Follow the money. Around March 1st and 2nd, 13 million shares traded hands at about two cents per share. THEN, and this is where it gets interesting, by July 22nd 2009, the shares were trading at about three cents per share (an increase of 50% per share). THEN, between July 22nd and July 28, NTUR skyrocketed from three cents per share to Seven Dollars and thirty cents per share (over a 10,000% gain). Then it immediately started to crash until it became worthless. SO the question is, when did Nancy Pelosi buy her 10 million shares, and when did she sell them? I’m getting this info directly off a historical public stock chart for NTUR and have no idea who bought/sold what/when. But this is a classic pump-n-dump, in stock trading parlance. And Natural Blue Resources was in the thick of it.

Speaking of Pelosi’s inlaw, the ever not so popular Gavin Newsom is being challenged by a some of us attempting a recall. It will take just under 1.5 million signatures. Not easy to do in this socialist state. TRUMP 2020

When I saw how Nancy reacted, then the video with Paul Pelosi Jr and his company, Viscoil, having two executives arrested, I said “hmmm” and started a quick dive into the Paul Pelosi world.

Here’s the best theory. Paul gets with other people and starts up companies that target “investments” into new energy and green deals – think Solyndra. Then those companies get investment income, Viscoil appears to be at least 50 million, then disappear.

You have to wonder if during the 2009 and 2010 period where Obama was using the stimulus to pay off supporters that one of Paul’s company was gifted “grants” into the millions in order to “research” new sources of energy.

That would be a good question for a reporter to ask.

In his video, Pelosi talks about Viscoil, which according to California was founded on Nov 4th 2009 and is now suspended according to the California record. I think two of the heads were arrested by the SEC. Devon Archer was arrested for phony bonds? So they are dirty for sure.

Paul Jr. also talks about NRGLab. This company was trying to sell Asian nations some kind of SH generator (?) and it seems it is now gone too.

A key player in that mess is a woman named “Ana Shell”, you can look up her website and she’s all over the place with the same kind of companies with “partners” in Asia, Russia and the Ukraine.

Ana has a fund that gathers investors for new energy ideas.

Now Pelosi Jr is hanging in some consulting company in a senior position, but I’m willing to bet if anyone asked what he did for a living, you’d get blank stares. It’s the liberal version of the Atlantic Council. A place for useless people who are out of power to park and still earn a paycheck.

So when Nancy freaked, I figure it’s because her son, and sons and daughters of other politicians, are mucking around in the same kind of stuff Hunter has been doing. Beck mentions over two billion of US aid went missing in the Ukraine.

Trump is going to light a fuse under that stack of manure if he keeps digging into Hunter.

Why is Romney worried? A major fund raiser for him is on the Burisma board. It’s where people, who want to cash out in a corrupt nation and not get caught end up going.

Remember how Haiti was the place the Clintons laundered money through their foundation? Well Ukraine is doing the same thing. It’s all about the cash, the easy non traceable cash.

Oh, BTW, Trump is on offense. And Rudy is the hammer. For every corrupt democrat, their pinheaded noggins are going to look like nails.

They went after Trump’s family! His family! The next year is him unleashing Rudy to do as much damage as he can. And good for him.