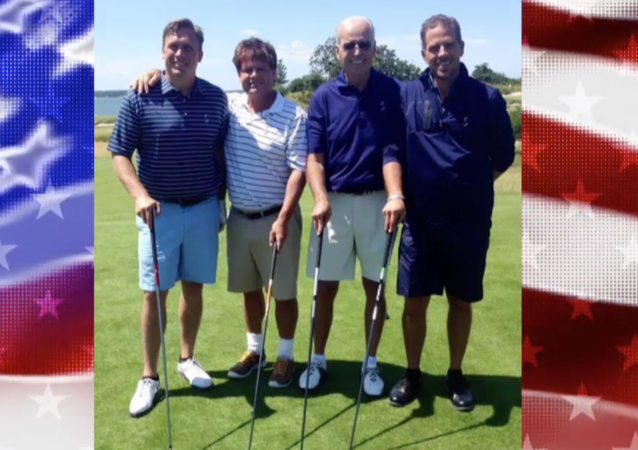 John Solomon has reported on what could be an important story connected with Ukraine and the Biden investigation. It sheds new light on the timeline:

Solomon said Tuesday on “Hannity” that the U.S. government knew Ukraine was planning to look again into activities at Burisma Holdings, an energy company that employed then-Vice President Joe Biden’s son as a member of its board of directors, early this year. The report is noteworthy because President Trump has been accused by Democrats of threatening in July to withhold foreign aid to Ukraine unless its new president pursued an investigation into the company and the younger Biden’s role there.

“The U.S. government had open-source intelligence and was aware as early as February of 2019 that the Ukrainian government was planning to reopen the Burisma investigation,” he claimed. “This is long before the president ever imagined having a call with President Zelensky,” he added, noting Petro Poroshenko was still Ukraine’s president at that time.

Considering what’s been going on lately, this story should have large headlines in all the major papers. But when I searched on the topic (for “Ukraine investigation of Hunter Biden was reopened prior to Trump phone call”), nearly the only mention I could find of it were news outlets and blogs on the right – plus Microsoft News, which has a video of reporter Solomon saying it to Hannity on Fox. No major MSM news outlets appear to be covering it so far.

John Solomon, who broke the story, also discussed it on Twitter. But when I look at that thread, the vast majority of respondents in the often-contentious Twitter crowd seems to support Solomon. This would indicate that Solomon is mainly preaching to the choir on the right on Twitter. If people on the left were reading Solomon, there would be many more attacks there, but it would at least be an indication that the news was reaching a significant number of people on the left. But apparently it’s not.

Which does not surprise me and probably does not surprise you. It’s early, I suppose, so it’s at least theoretically possible that the story could pick up steam and spill over into the MSM. But don’t sit on a hot stove till it does.

This does not mean that Solomon’s reporting is true, of course. But this needs to be discussed and looked into in-depth, and instead, so far it is being ignored by the MSM, as so many other similar stories have been.

Looks like Joe is using two golf clubs just to remain standing. Or, maybe Hunter was just along to shag balls for the guests and didn’t actually play golf.

only if he has 2 right hands. hard to tell exactly cuz Biden and his friend are wearing hte same color, but it looks like his left shoulder is behind his buddy’s right arm

Washington Examiner now reporting that the candidate the whistleblower had worked with was none other than ….Joe Biden

The IG should resign immediately. He has to be considered a co-conspirator. A neutral IG would never have let our country get thrown into a constitutional crisis over thin evidence from a partisan hack.

If only we had a group of people with cameras and audio recording equipment willing to ambush and shout questions at Hunter as he exits his house, office or local coffee shop.

(Via Washington Examiner) The 2020 Democratic candidate with whom the CIA whistleblower had a “professional” tie is Joe Biden, according to intelligence officers and former White House officials.