“Although he is fighting valiantly, his path to recovery is not looking good.” 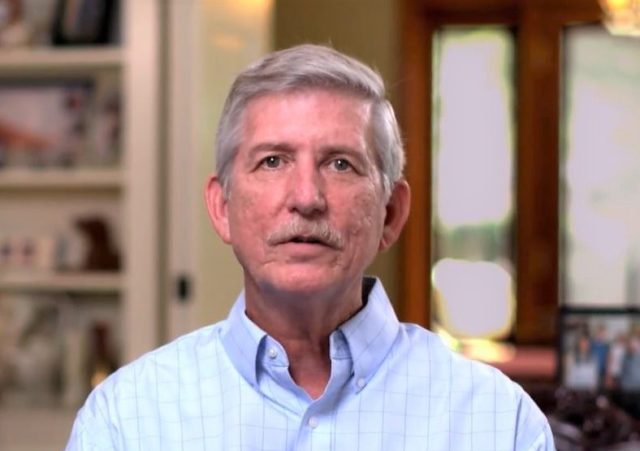 Gibson’s Bakery posted on Facebook today that David Gibson, one of the owners of the bakery and a plaintiff in the lawsuit that yielded almost $32 million in damages against Oberlin College, went to the hospital “in very serious condition.”

He announced on August 6 that he has pancreatic cancer.

Unfortunately, the news does not look good.

Gibson knew about his pancreatic cancer for months. He asked the court not to tell the jurors about his illness.

In his announcement video, Gibson said Oberlin College planned to drag out the court battle due to his pancreatic cancer.

Professor Jacobson wrote out the transcript:

Hello, I’m Dave Gibson of Gibson’s Bakery and Candy. I wanted to take a moment to thank everyone who’s reached out to our family after the recent verdict in our lawsuit against Oberlin College.

I’ve been amazed at the kind words of encouragement we’ve received from all over the world, including the support of so many people right here at home. I know I haven’t been able to respond to all your emails and letters, but please know that your words are greatly appreciated.

It’s very humbling to know that so many people care about my family and our bakery, so I wanted to record this video to express how much your support means to us. You know, part of what we’ve heard is that the impact of this case is not just limited to our town or even Ohio. And while I’ve been shocked at the national attention our trial received, I guess it shouldn’t be a surprise. The fight has always been about sending the message that the truth still matters and doing the right thing, even when it’s difficult, is important. No matter who you are or where you live.

As you may know, the president of Oberlin college has recently indicated from their perspective, the jury verdict is just the first round of what will be a long and difficult battle. It’s become clear that the fight’s not over. With that in mind, I’ve decided it’s time to share some news my family has attempted to keep private until now.

As we’ve been going through this legal battle, I’ve been going through another personal battle. Late last year I was diagnosed with the devastating news that I have pancreatic cancer. Once the next round of my treatments begin, I know this will be impossible to hide any longer, so I wanted you to hear it from me.

Oberlin College has known about my health condition since February. Their legal team filed a motion to prevent any mention of my cancer diagnosis at the trial and honestly, we agreed because I wanted the jury to decide this case on the facts alone. Nothing else.

As you know, the jury sent a clear message that the truth still matters in this country. But recent public statements from Oberlin College make it clear that the college is refusing to accept the jury’s decision. The college has stated that the verdict is just the beginning of a long legal process. I believe they’re sending a clear message to me and to my 91-year-old dad that they will just wait us out.

But, I’ll do everything I can to make sure I see this through. And even if I’m not able to see the end of this battle, our family has committed to continue serving the Oberlin community just as we have for the past 134 years. So while this journey has been difficult in many ways, I just wanted to say thank you. Thank you for your messages. Thank you for all of your support. Thank you to those members of the Oberlin college community who aren’t afraid of saying or doing the right thing. Thank you to the jurors who sacrificed their time. Thank you to the American justice system that enables a David to stand up to a Goliath. And most importantly, thank you for your prayers.

A patriot in my eyes.

Prayers and best wishes to Mr Gibson. Get well soon.

Oberlin is evil. They are spending millions to try to avoid paying millions.

There should be NO cap on punitive damages for a retrial.

There is no retrial as far as I’ve seen.

He’s a good man and a fighter. Not long ago, Pancreatic cancer in late stages was fast and certain death, now it’s merely almost untreatable. He can go knowing he has fought for Family, God and Country and has almost certainly won. Of course, a miracle may occur, which is what we hope for.
Oberlin’s Pres and sycophants are just evil.

I watched this horrible thing kill my brother over the course of 9 months. I can only imagine what it’s like to have this and the legal battle hanging over them.

God is with him, though it’s not what it seems or feels.

Yep, Pancreatic and Liver cancers are among the worst in terms of aggression. They do not bode well for the sufferers, but a man like Gibson will probably fight until his last breath IMO.

This news breaks my heart. My husband and I drove out of our way to shop at Gibson’s about a month ago to show our support. It is a small family-run establishment selling excellent quality baked goods, hand-crafted candy, and an assortment of convenience store goods across the street from the Oberlin campus. Yet during the hour we spent in or near the store, on a perfect fall evening with the sidewalks teeming with students, not one young person entered. Oberlin may have destroyed that multi-generational business, just as cancer is killing its owner. A pox on Oberlin College and it’s administration! May you reap what you have sowed.

Peace be with you, David.

I’m sure the few free thinkers left at Oberlin that aren’t brainwashed are in fear of being ex-communicated by the cult of Oberlin.

If he passes, I wonder what Oberlin will say in a press release, if anything. This makes them look even worse, but somehow I do not think they care. Remember, in the eyes of Oberlin, the Gibson family are the little people, peasants to be destroyed, because destroying the little people makes them feel better about themselves, and shows how superior they are to ordinary human beings.

I hope he passed ownership of the bakery to his son, so the court fight can go on.

Hopefully, justice will remedy social [in]justice in his lifetime.

God bless and comfort Mr. Gibson and his family.

May God comfort you and grant you peace, Mr. Gibson.
Bless your family and may they prevail and prosper.

The people running Oberlin have no decency. They don’t care if they wipe out a small business, or cause untold damage as long as they get what they want. Oberlin should just close it doors now and rid us of this plague they call “education”.

My friend and colleague, Lee, my golfing partener Jeffrey, and my classmate Dr. Sue were all taken by this insidious disease. I hope folks will join me in contributing to research to find a way to end it. Godspeed Mr. Gibson.

I wish Mr. Gibson comfort and well-being at this terrible time.

I also am trying NOT to think of the reactions coming from the parrots students and faculty at Oberlin when his time is up.

For them it will be par-tay time.

Praying for Mr. Gibson! May the Oberlin Institute of Indoctrination get what they deserve!

If Oberlin thinks they can avoid paying (some partial amount) if one of the plaintiffs dies, I think their lawyers aren’t very smart. As far as I know, the fact the penalty of a civil suit was imposed while he was alive means his estate would be the plaintiff if he dies, with all the rights “pertaining there to”.

I am heartbroken for this family. I will pray for a miracle and comfort for the family. Vengeance will be the Lord’s. Gibson has been a better than good and faithful servant and maybe his job is done here on earth and he is being called home. I just feel so sorry they have this remaining battle ahead of them. God bless you Gibson family.