“No woman should be compelled to touch male genitals against her will, irrespective of how the owner of the genitals identifies.” 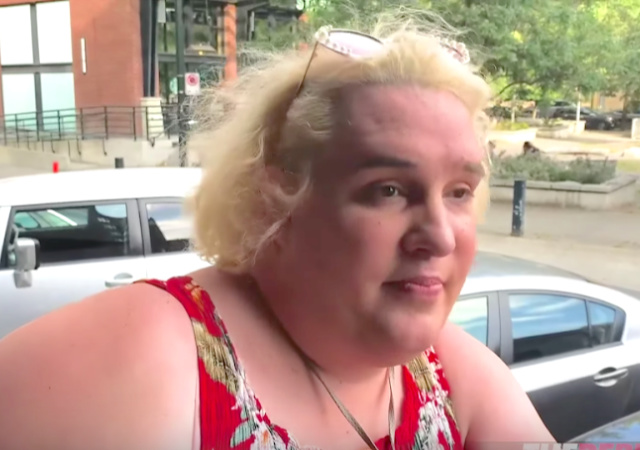 Back in July, Mike blogged about Canadian transgender activist Jonathan “Jessica” Yaniv sued beauticians in British Columbia because they would not wax his male genitalia.

Not only did the Tribunal side with the beauticians, but they found violations against Yaniv. They ordered him to pay the three women $2,000 each.

From The Justice Centre for Constitutional Freedoms (JCCF):

The decision noted, “human rights legislation does not require a service provider to wax a type of genitals they are not trained for and have not consented to wax.” The decision further found that the complainant Jessica Yaniv “engaged in improper conduct”, “filed complaints for improper purposes”, and concluded Yaniv’s testimony was “disingenuous and self-serving.” Finally, noted the Tribunal, Yaniv was “evasive and argumentative and contradicted herself” while giving evidence.

The Tribunal noted “Yaniv made numerous comments against immigrants” during the hearings. He accused those immigrants of using “their religion to discriminate against trans people because they refused to wax the make genitals of those who identify as women.”

The estheticians Yaniv targeted are all immigrants, but they had no experience or training in waxing male genitalia.

An expert told the Tribunal that a person with no genital waxing training should not perform the procedure “due to serious risk of serious injury to the customer.” JCCF continued:

Most of the women who were the target of Yaniv’s complaints work out of their own home, are of immigrant background, and have small children with them in the house during the day.

The Tribunal also ordered Yaniv to pay the three beauticians:

The Tribunal ordered costs against Yaniv in the amount of $2000.00 payable to each of Ms. Benipal, Ms. DaSilva, and Mrs. Hehar Gill.

“Self-identification does not erase physiological reality,” stated Jay Cameron, the Justice Centre’s Litigation Manager, and counsel for the estheticians. “Our clients do not offer the service requested. No woman should be compelled to touch male genitals against her will, irrespective of how the owner of the genitals identifies.”

Here’s a cut n’ paste from the article being “quoted”.

“ The Tribunal ordered costs against Yaniv in the amount of $2000.00 payable to each of Ms. Benipal, Ms. DaSilva, and Mrs. Hehar Gill.”

On a side note it’s pretty rare for me to get a chance to put the word “quoted” in quotes.
So, I am happy about that.

May I quote you on that?

It sure is ugly. The next time it goes for a wax job, they should use hot tar, and feathers.

The ruling might get overturned for unwarranted application of common sense.

Horrible. Do you have any updates for that story?

An even more horrifying part of this story is that the mother, Dr. Georgulas, is a pediatrician!!!

P.S. I apologize. I hit the down vote by mistake when trying to reply.

I don’t know why she’s spending her Halloween time in court what with this being her busy season. Houses just don’t haunt themselves.

The only problem with this decision is that the monetary award for his victims isn’t high enough.

. . . and have small children with them in the house during the day.

I would much prefer that they find a better excuse than “for the children” to squash this bug.

One small step for mankind.

Had I been the waxer I would have heated up the wax to a very high degree and then let it pour over his balls! If accused of doing so was intentional, the waxer could use the no criminal or maliscious “Intent” used by Comey in defense of the hag.

Nothing is going to change, it’s just going to continue to get worse. Man’s societies set free from any moral or ethical restraints always deep dives to the lowest defined point of perversion they can imagine. Any change that happens will NEVER come from the legal bench, but from society itself, as people stand up against the degradation within their society.

Society will never be free until we all accept and pass Beto’s “Menstrual Equity Act” and demand that women’s insurance policies cover Testicular Cancer screening. Truly, I am growing tired of reading the news each day and remarking repeatedly “WTF? I mean WTF?”. Absurdities have become the normal state of things. What used to result in a jail sentence or at least Society’s shame raining down on us, is now accepted as routine.

Finally, sanity strikes for a change. I’m sure Trudeau will weigh in any minute and try to get the decision reversed. It’s at least a victory for now.

“Jessica” is a big girl — let her wax her own balls.

I’m sad that it has come to this, but Cameron’s statement “Self-identification does not erase physiological reality” should become legal doctrine here in the US for female-identifying males seeking to enter into the world of women’s sports and locker rooms on the premise that no woman should be forced to compete against a person with male genitalia in a Women’s only sports event or to view (in a locker room) male genitalia against her will.

I can give him a wax, just let me gas up the buffer.

Thank goodness common sense prevailed. Who in their right mind would even touch this fugly uck.

I’m amazed that common sense prevailed in a Canadian court; especially in a case like this one. This Transexual nonsense has become ridiculous. Biologically, there are two sexes and all of the Political Correctness, mental aberrations and medical mutilations cannot change that.

The people who lived 50-60 years ago could never have imagined the power government has taken over people, or the insanity of things that courts would be required to adjudicate. How is it that anyone can be forced by government to bake cakes, wax balls, or provide any product, or service to anyone else against their will?

How has it become a crime for a business owner to just say no, that they aren’t going to do it? No one has the right to demand anything from another who prefers not to comply, and offering to do business with the public doesn’t deprive an individual of the right to refuse to sell, or serve. The laws have become a tyranny, and a violation of individual rights.