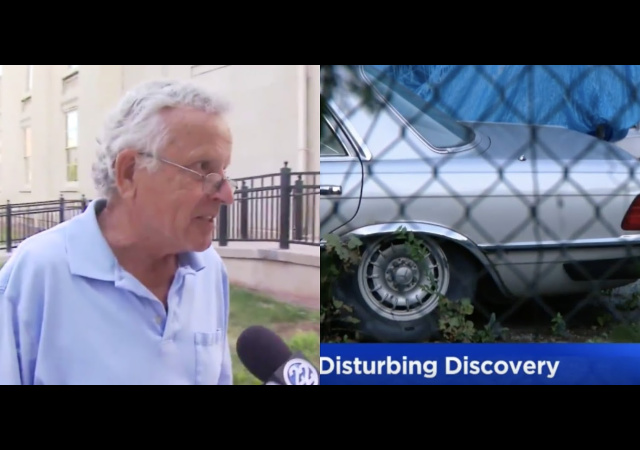 Just when you think the disgusting news around dead abortion doctor Ulrich Klopfer could not get worse…it does.

Authorities found the bodies of 165 babies Klopfer murdered in the trunk of his car.

Officials believe he murdered these babies in 2002. From TristateHomepage.com:

This week, on Wednesday, members of the Will County (Illinois) Sheriff’s Office discovered additional remains while searching several vehicles owned by Dr. Klopfer and kept at a business property in Dolton, Illinois.

Dr. Klopfer had stored the vehicles in an outdoor gated lot for more than six years, according to information gathered by the Will County Sheriff’s Office.

At the property, investigators found a total of eight cars belonging to Dr. Klopfer. In the trunk of one late 1990s Mercedes Benz, they found fetal remains.

Klopfer “medically preserved” these baby remains like the ones found in his garage.

Indiana Attorney General Curtis Hill stated his office remains “committed that all these unborn children receive a respectful final disposition” in the state.”

People have found 2,411 remains of dead babies. Klopfer’s family found 2,246 preserved remains in his garage in September when he passed away. The babies died in abortions performed in 2000, 2001, and 2002.

Hill took charge of “the transportation of the 2,246” murdered babies found in Klopfer’s garage. He will do the same with the remains found in the trunk.

Klopfer lived in Illinois, but performed abortions in clinics in Fort Wayne, Gary, and South Bend. The reports did not say what kind of business stored Klopfer’s cars.

No one found any remains at Klopfer’s closed clinics in Indiana. They discovered a bunch of old medical records. Hill lashed out at this fact because these women “had an expectation that their privacy would be protected, but their records were ‘abandoned’ in the clinics when they closed years ago.”

Klopfer acted a lot like Kermit Gosnell. The Indiana Attorney General’s office alleged that Klopfer never had the staff to provide sedation for patients. The office also accused Klopfer “of errors on state-mandated terminated pregnancy reports, late submissions on several reports of abortions provided to girls 13 or younger, and having unqualified staff members providing pre-abortion counseling to patients.”

How many of these soulless creeps are out there?

Anyone who does this on a continuing basis almost by definition has no soul.

I would be haunted every night by the babies that I killed.

Revelation of Nazi’s selective-Jew programs (e.g. wicked… final solution), rationalization: Jew privilege and toxic Jew, and class diversity (e.g. the presumptive Jew bloc/minority), were an epiphany that conclusively changed the moral tide during WWII. That said, this abortionist is a whistleblower, either by choice or incompetence.

It’s not a baby, it’s a fetus. It’s an artifact of an aborted human life (selective-child), residue of colorful (the diversity argument of interchangeable) clumps of cells, an assembly of profitable parts (clinical cannibalism), sometimes.

This is strange…the way they collect the babies.

Sick. Trophies.
Show the photo. The left needs to see what they promote.

No, the young adults need to see it. The left KNOWS.

The young adults can still escape.

I cannot help but wonder if they were more than trophies? Was he selling them? Is he part of a Satanic Cult? It has got to be a real possibility in this unique case.

I’ve only seen it mentioned once in the press, but apparently the good doctor was a post WW II German refugee immigrant who lost relatives in the allied bombing of Dresden. And went hyper in one press interview years back about Dresden being a war crime.

One of my boyhood classmates had a German dad who emigrated to the US post war, and as I recall you didn’t want to get him started on the subjects for GIs in Germany, I recall him referring to them as “gangsters”. My dad was one of those GIs, serving as a tanker attached to Omar Bradley’s command company (his elder brother was actually a staff officer). Refugees who hate the western country that gave them shelter is, unfortunately, all too common and can be a motive for despicable acts.

We may never know for certain, but the macabre keeping of preserved aborted babies as if they were trophies when there was no scientific or medical reason for the practice is resembles the serial killer practice of victim trophies. It’s conceivable that he felt killing American babies was bit just a “medical procedure” but payback.

Enjoy your permanent stay in he11, you POS.

one hundred and sixty five!!!