Army Vet Claims U. New Hampshire Fired Him Over His Military Service

Army Vet Claims U. New Hampshire Fired Him Over His Military Service

The lawsuit alleges the dean actually thought the man tried to use his veteran status to explain why he was entitled to the position. 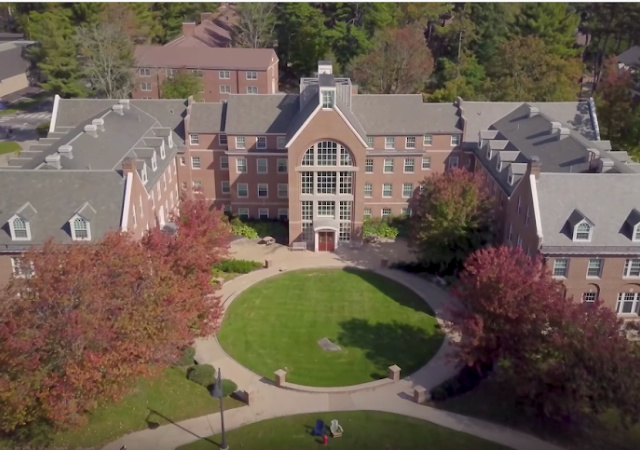 An Army vet has sued the University of New Hampshire, alleging administrators did not renew his contract over his veteran status. From Task & Purpose:

Nathan Webster, 51, of Stratham, filed a federal civil lawsuit Sept. 30 accusing UNH of violating the Uniformed Services Employment and Reemployment Rights Act and Age Discrimination in Employment Act after his contract as an English lecturer was not renewed at the conclusion of the 2018 academic year. Webster also alleges he was passed over for employment at several additional positions at UNH that he claims he was qualified for after his lecturer contract was not renewed.

Webster is seeking a jury trial, damages for lost wages and lost employment benefits, according to the complaint. He also is seeking damages for emotional distress and humiliation, and to be awarded attorney’s fees.

“We dispute his claims and intend to vigorously defend against this baseless lawsuit,” Manz said.

According to the suit, Webster began working at UNH as an adjunct professor in the English department before being promoted to a lecturer of English during his employment between the fall of 2009 and spring of 2018.

Webster served in the U.S. Army from 1987 to 1992 as an Army journalist and was deployed to Iraq during Operation Desert Storm. He also served in the Army Reserve and N.H. National Guard from 1992 to 1999.

The English department is contained within UNH’s College of Liberal Arts, and according to the lawsuit, Webster learned in November 2017 several COLA lecturers whose contracts were expiring in 2018 would not have them renewed, pending a review by COLA Dean Heidi Bostic.

In January 2018, Webster was informed his contract would not be renewed by Bostic, according to the suit. In appealing to her to renew his contract, Webster cited his “diversity and wealth of experience” being brought to his writing classes as a veteran.

The lawsuit states Bostic then asked Webster, “rhetorically to the effect of, ‘do you (actually) think you are entitled (as a veteran) to a job?'”

He would only have a case if his position was filled by someone else. It’s quite possible that those contracts were not renewed due to lack of funding and demand for courses taught.

I wonder if the university had him fill out all the diversity forms I have to fill out when applying for jobs? Including the one on “Protected Veteran” status – since he was in the Gulf during GW1 he falls under the largest category of protected.

And, of course, it is entirely possible he did feel entitled and it came through in his dealings with the folks at the school.

Three elements not in the quoted section that would help: what were his reviews like, what about the other folks let go (demographic across them and their courses), and (as healthguyfsu notes) were any of those positions filled by other people?

I’m sure those things will come out in any trial.

English was probably replaced in the curriculum by “Understanding White Supremacy” and/or “Recognizing White Privilege.”