The changes come after students voted to get rid of the Colonials mascot because it’s offensive. 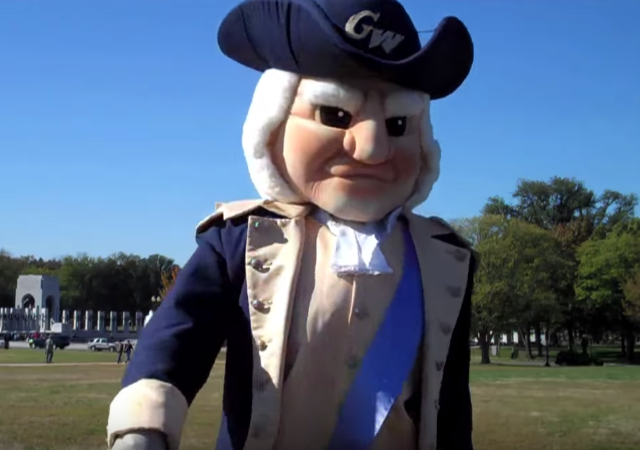 George Washington University announced Monday a new name for the space that houses some of its student services just months after students voted to scrap the college’s “Colonials” mascot.

“George Washington University administrators on Thursday debuted the newly-remodeled Student Services Hub during a ribbon-cutting ceremony in the Marvin Center,” a university news release reads. “The Student Services Hub – formerly Colonial Central – located on the ground floor of the Marvin Center is a shared services center where students, families and other members of the GW community can receive support related to financial assistance, student accounts and registration inquiries.”

The name changes come just months after Campus Reform reported that students at GWU voted to change the name of the “Colonials” mascot over concerns it was too offensive. In a statement at the time, a GWU spokesperson said, “the university has been following the conversation. The leadership of the University will continue to listen to our students, faculty, staff, and alumni as we study various naming issues.”

But the university has remained relatively quiet as to whether it intends to bow to students’ wishes and change the “Colonials” mascot.

If they cave in on the “Colonials,” then the SJW fascists will be emboldened, and next year they will demand that the university change its name. After all, George Washington was a slaveholder. They will probably demand changing it to Booker T. Washington University.

The Left has been in charge of public school education for a couple of generations. This is a goal and should not be a surprise.