Greek Islands “suffering from strangulation due to overcrowding at the facilities,” says government. 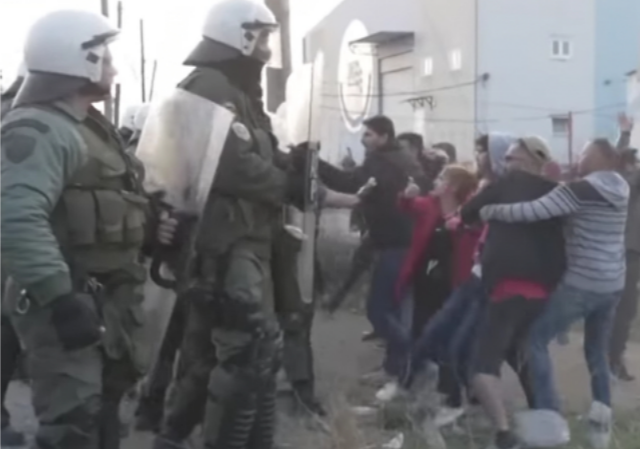 Greece is increasing border patrols and speeding up deportations to combat the rising tide of illegal immigrants coming in from Turkey, country’s center-right government said on Saturday.

The measures were announced after a group of more than 500 Afghan and Syrian migrants landed on the Greek island of Lesbos earlier this week.

The Greek islands have witnessed a surge of illegal immigrants in recent months. According to the EU border agency Frontex, migrant influx in some parts of Greece has risen by a quarter compared to last year. “The islands right now are suffering from strangulation due to overcrowding at the facilities, and there is a need for more effective border guarding, and concern over possible increased flows in the coming period,” the Greek government admitted recently.

The Greece decision comes amid European Union’s call to member states to take in more migrants streaming into Europe. “The European Union urges EU member states to bring in significantly more [than current levels] directly from camps in third countries, provide them protection and ensure their integration in Europe,” German newspaper Die Welt reported on Saturday. “I call on all member states to step up their resettlement efforts and implement their commitments to take in refugees as soon as possible,” Dimitris Avramopoulos, EU Commissar for migration and home affairs, told the newspaper.

Greece is to step up border patrols, move asylum-seekers from its islands to the mainland and speed up deportations in an effort to deal with a resurgence in migrant flows from neighboring Turkey.

The government’s Council for Foreign Affairs and Defence convened on Saturday for an emergency session after the arrival on Thursday of more than a dozen migrant boats carrying around 600 people, the first simultaneous arrival of its kind in three years.

The increase in arrivals has piled additional pressure on Greece’s overcrowded island camps, all of which are operating at least twice their capacity.

Arrivals – mostly of Afghan families – have picked up over the summer, and August saw the highest number of monthly landings in three years.

Greece’s Moria camp on the island of Lesbos – a sprawling facility where conditions have been described by aid organizations as inhumane – is also holding the largest number of people since the deal was agreed.

On Saturday, the government said it would move asylum-seekers to mainland facilities, increase border surveillance together with the European Union’s border patrol agency Frontex and NATO, and boost police patrols across Greece to identify rejected asylum seekers who have remained in the country.

With Italy discouraging people smugglers from taking the central Mediterranean route, the migrant flow has apparently been diverted towards Greece. Despite the ouster of Deputy Prime Minister Matteo Salvini and his nationalist Liga party from the ruling coalition, tough immigration laws put in place by the outgoing government continue to stemming the influx of illegal immigrants into Italy. “Salvini is out, but migrants still endure his policies,” German public broadcaster DW News admitted on Friday. “Even though far-right Interior Minister Salvini may now be on his way out, the impact of his anti-immigrant, nationalist policies …. are likely to long outlive his one-year tenure,” the German state broadcaster lamented.

In July 2019, Prime Minister Kyriakos Mitsotakis and his New Democracy came to power in Greece on promises of taking a tough line on illegal immigration. The outgoing government of the left-wing Syriza party, which came to power in the wake of country’s debt crisis, had acted in line with the EU’s open door immigration policy.

Of course it’s an invasion. Greece is a specific target of Muslim immigration since it was once a conquered part of the Ottoman Empire. Spain is a similar target, which Muslims insultingly call Al Andalus. Sadly, Spain seems determined to insult the memory of Ferdinand and Isabella, who threw out the Muslim invaders. Greece only gained independence in the 20th Century, barely out of living memory.

This is insane, these people are here to take over and make the EU a Muslim entity

They are signing their own children’s death sentences
In a not so distant future, America will have to decide what to do with a Muslim France and it’s nuclear weapons in the hands of mullahs.

All those muslim “refugees”/”migrants” yet the UN is putting absolutely no pressure on islamic countries to take them in. Funny that.