“allegations of free speech violations, the feeling of censorship and bullying amongst their peers and educational leaders” 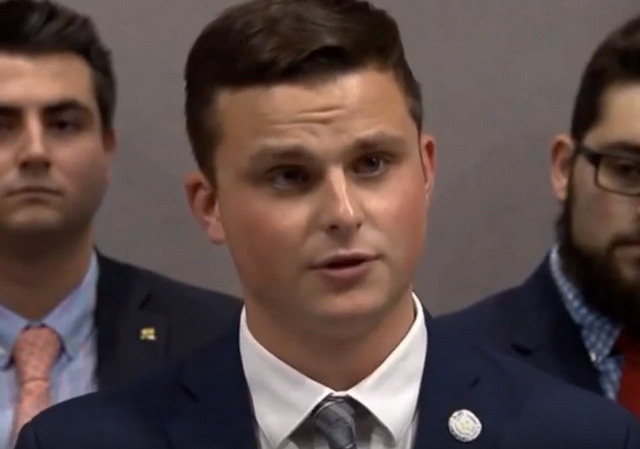 The Connecticut Federation of College Republicans held a press conference on Thursday, during which they claimed conservative students are being singled out on Connecticut campuses over their political views.

Make no mistake, if the basic civil rights of progressive students were being infringed upon in this manner, it would be a national news story.

Registered Republicans from colleges across Connecticut arrived at the State Capitol to voice concerns over alleged harassment due to their political views on Thursday afternoon.

The college students touched on allegations of free speech violations, the feeling of censorship and bullying amongst their peers and educational leaders on Connecticut college campuses.

Timothy Anop, a student of the University of New Haven, who is also the Chairman of Connecticut Federation of College Republicans, provided an example in regards to his own personal experience of his professor calling him out in front of the class, stating that, his “opinions didn’t matter because he supported the President.”

The students allege that professors across colleges “guide students with opinions in to silence and suppression, and do not allow free speech in the educational system.”

Here’s a short video from WTNH:

College Republicans here in Connecticut say they are facing harassment on campus because of their support of the President and their conservative views. @markdavisWTNH has more: https://t.co/KRPuOWPe3f pic.twitter.com/Y6DLsaXkmA

Daniela Alitimari of the Hartford Courant has more:

College Republicans say free speech is in jeopardy on campuses throughout Connecticut.

At a press conference Thursday, several conservative students said they are subject to verbal abuse and harassment when they speak out.

Trinity College student Nick Engstrom said he was publicly berated by a professor because he supports President Trump.

Noting that most campuses prohibit discrimination based on gender, race, sexual orientation and a host of other categories, the Connecticut Federation of College Republicans is urging college officials to add political ideology to the list.

You can watch the entire press conference below. The first six minutes lay out their position on free expression, then a Republican student details his own experiences at Trinity College.

Suggest watching the 30-minute video, Overview of America, by the JBS/John McManus. Available on the web.