Trump wins the town halls as well as the debates!

CNN hosted a much-touted “Climate Crisis Town Hall” for the Democratic presidential candidates on Tuesday night. However, a Category 5 Trump Tweet-storm slammed the event before the 7 hours of green justice fun began.

President Donald Trump laid out 8-critical points, which refuted the fear-mongering that the 10 candidates offered to potential voters.

8 FACTS that #FakeNewsCNN will ignore in tonight’s “Climate Forum”

1. Which country has the largest carbon emission reduction?

2. Who has dumped the most carbon into the air?

3. 91% of the world’s population are exposed to air pollution above the World Health Organization’s suggested level.

4. The U.S. now leads the world in energy production…

5. Who’s got the world’s cleanest and safest air and water?

6. The Democrats’ destructive “environmental” proposals will raise your energy bill and prices at the pump.

7. The badly flawed Paris Climate Agreement protects the polluters, hurts Americans, and cost a fortune. NOT ON MY WATCH!

8. I want crystal clean water and the cleanest and the purest air on the planet – we’ve now got that!

So, how did the actual town hall go? Here are some of the low-lights from the 4 top contenders at this point in the race: 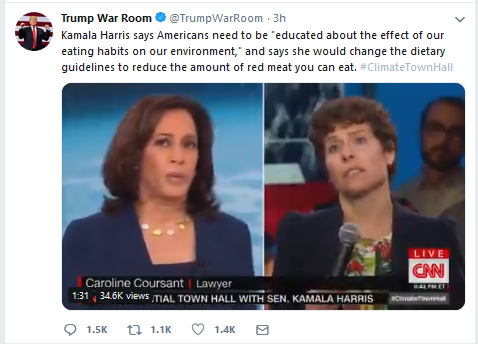 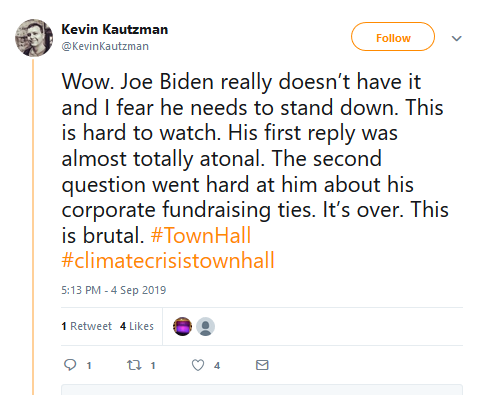 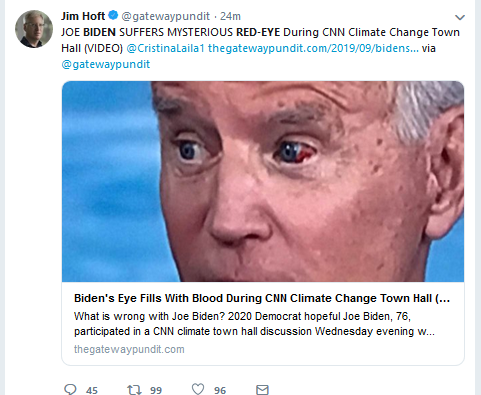 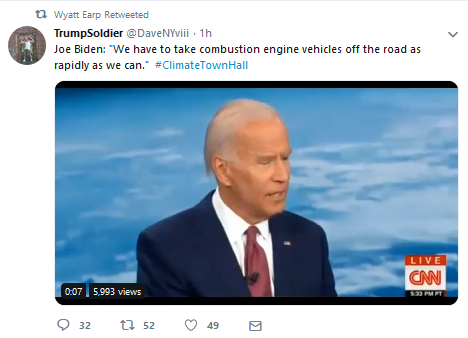 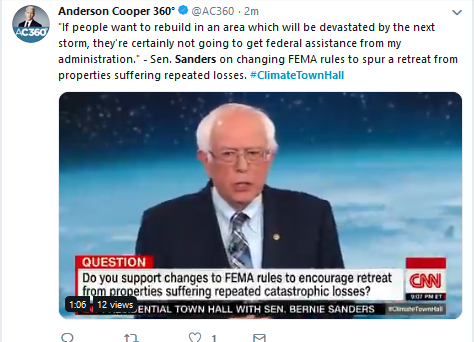 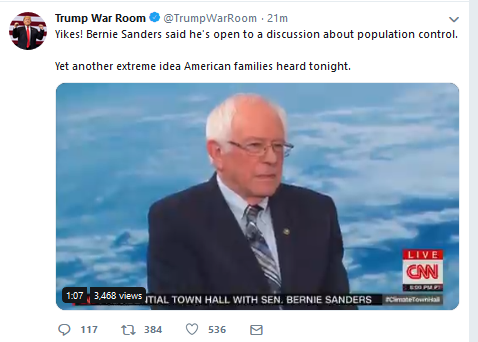 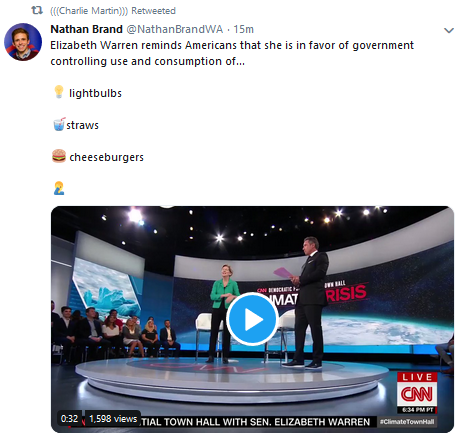 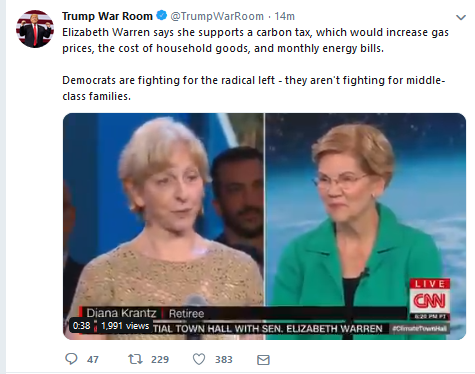 In conclusion: Trump won the town hall as handily as he won the debates. His campaign now has lots of fodder for some very spectacular, effective, and energy-efficient commercials…all thanks to CNN!

Question from the peanut gallery: What are “sebates”? Aside from being a plural form of “sebate”.

Just a guess, but I’d think it has something to do with the fact that the letter “s” is next to the letter “d” on the keyboard.

I think that capitalization after a colon is not needed, even if you are posing a question. Please review the following citation on the current thinking.

And, the next phrase in your comment is not a sentence.

I do not claim that my comments are free of typing, spelling or grammatical errors. I do like to point out errors those who do make review comments.

Which is the bigger scam… Climate Change or the Russia hoax?

You’ve just stumbled on to the dems’ next “Get Trump” Hail Mary: The Russian Climate Change hoax.

notamemberofanyorganizedpolicital in reply to UJ. | September 5, 2019 at 3:02 pm

If you don’t like the weather…er….climate….
Just wait a minute and Russia will change it?????

God, and millions will vote for these idiots

And they’ll probably take to the streets after Trump is re-elected.

notamemberofanyorganizedpolicital in reply to gonzotx. | September 5, 2019 at 3:04 pm

Millions with grave yards as their address of residence…..

This is just the campaign for the nomination.

After nomination, when the real Presidential campaign begins, even the most radical candidate will try to move toward the center (whatever that is).

They are so far left that they are almost psychotic, I don’t think they can go right, not even an inch, their psychotic handlers won’t let them

Don’t underestimate them. And I never assume that the Left is what it seems. Everything about the Left is a fakeout at some level. Which level? Well, that’s the question.

Basically the Dems want Americans to pay for the pollution of most of the other countries pollution even though we know that it won’t reduce pollution of the entire planet. It is really a “Feel good” program to make the Dems think they are saving the planet. Any of their green programs will hurt the working class people the most. This is the class that went for Trump in the last election. Does anyone think they are going to vote for any of these wackos?

Elizabeth Warren said well-paid petroleum workers at Port Arthur, TX shouldn’t worry about their jobs. They can get other jobs. Yes, if they simply pretend they are Indians Harvard will pay them $400k a year for teaching 10 hours a week.

I don’t know about offshore, but in the S. and W. Texas oil patch, most of it goes up their noses or into their arms.

What these debates illustrate is that the Dem candidates are either liars or lunatics. Neither should be considered President material.

But here we are….

And kudos to Barbara for the “S-D” solution. 🙂

And the two are by no means mutually exclusive…….

Maybe the strategy is for the current candidate hopefuls to go as far as possible to the extreme left so that at the upcoming convention when they don’t get a first round draft pick the back-room boys can introduce their REAL candidate who can take more moderate positions during the Presidential campaigns. Everyone then, with relief, can vote for the democrat candidate thinking they are voting for someone sane. Until 20 Jan of the following year.

Climate alarmism is a dead issue after Trump weakened and steered Hurricane Dorian away from the East Coast with his advanced weather control technologies.

Bernie is half right on the underwater repeat properties.

It should be if you build in a known vulnerable area (e.g. 100 year flood plain) like where the Hurricanes are known to put storm surge, the Flood Insurance will be paid on the condition you do NOT renew, and that area will be blacklisted. Go ahead, but build with your own cash, and pay yourself to rebuild when the next flood destroys it again.

tz, you have any idea how much property tax is pulled out of those area’s?

I have no problem with people building on risky sites, as long as the risk is theirs. The taxpayer should’t be asked to subsidize their insurance. Market forces are perfectly capable of deciding where people build.

Harris can take my plastic straws when she pries them from my cold, thirsty hands.