“I’m going to support the policy over the person.” 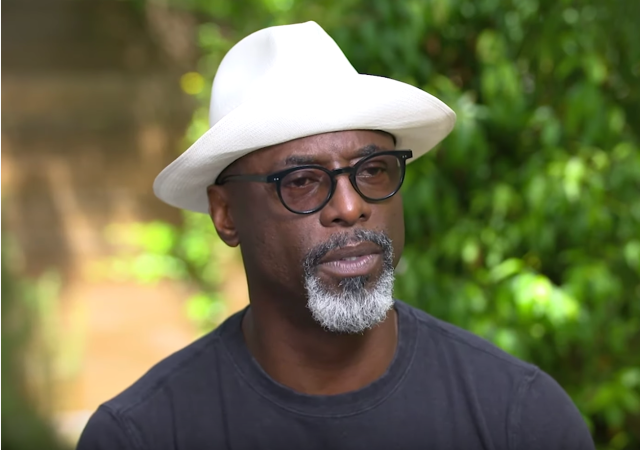 Actor Isaiah Washington spoke to Fox Nation’s Tyrus about his decision to leave the Democratic Party.

Washington noted that Democratic politicians have not done enough for America or the black community. He praised President Donald Trump’s support for the First Step Act, which provides “deserving prisoners the opportunity to get a shortened sentence for positive behavior and job training, and giving judges and juries the power that the Constitution intended to grant them in sentencing.”

“Walking away is a sacrifice,” Washington explained to Tyrus. “There’s a risk and there’s a penalty for it but you have to walk away when it matters…and the reason I chose to walk away from the Democratic party…is that something doesn’t’ feel right.”

He has chosen “to support the policy over the person.”

I voted for 44 twice. I even checked my emails in his Senate Office while lobbying for Salone to be given another chance to rebrand. Not once in 8 years was I given any support regarding Africa or the Black Agenda, but 45 invites me to the WH to celebrate the #FirstStepAct ??‍♂️

Washington never really engaged in political activism until he attended the celebration of Trump’s support for the First Step Act. He also uses the hashtag #WalkAway in his tweets while speaking out against the mainstream media.

We all know that Democrats dominate the conversations in Hollywood. Washington pointed out that Hollywood contains plenty of conservatives and libertarians, but most fear for their careers if they speak out.

“You got a lot of conservative or centric libertarian-minded people that really care about other people but they are terrified to come out of the closet and say anything that’s not in line with the Democratic party,” he said.

Washington called out his fellow conservatives and libertarians in Hollywood on Twitter last week. He called them hypocrites and cowards while urging them to speak up.

I have a message for the Hollywood Actors DM’ing me and revealing that you’re Conservatives. Don’t DM me again, because you all are lame and I don’t respond well to hypocrites or cowards. You’re no different than the bystander that is waiting on the blood to spill from a martyr. pic.twitter.com/WAnLUnCz9l

Washington is correct. The only way for conservatives and libertarians in Hollywood to take back the conversations is to speak out. While it’s wrong for employers and friends to punish those people, it would be harder to keep doing that if they all came out.

I have no idea who this person is.

He was in several Spike Lee films and was also on Grey’s anatomy.

Probably been in his last Spike Lee film.

His career ended when he referred to T. R. Knight as a “little f*gg*t” on the set of Grey’s Anatomy.

Like James Woods, Adam Baldwin, and Dean Cain, it’s easy for them to out themselves as Conservatives when they have little left to lose by doing so.

The point is they aren’t really alone, just part of a silent group who are seeing reality rather just hearing the rhetoric and continuing the leftist march regardless of where they are headed.

With the hatred pouring from the left 24/7, I can see those who might not come out against it, but remain quiet while walking away from the Democrats.

I think he speaks for far more people than just himself. And if the left attacks him like they have Kanye and any other blacks who publicly state things like this, the bar will finally start moving. It is already showing up in polls, which given the shaky ground pollsters are on these days, could be more significant than it looks like on the face value.

It might not translate to more Republican supporters, but shrinking the Democratic National Socialists base can have the same effect.

For years, I have been bringing up bring up a variety of issues which I know someone disagrees with, and eventually ask them how they can say with the Democratic party when they have a very long list of things the do not like about the party. It takes time, but one by one they are defecting. The truth is the the Democratic party has gone too far, and they are alienating significant numbers of people.

Just walk away Isaiah, just walk away,
and save your life and those of your friends and family.

Democrat Party is the Death Party.

On a side note I think it is time to really troll the
Leftists(Dems, Progressives, et.al.) by donning blue caps that say “Just Walk Away – MAGA!”

There three distinct classes in Black America. The Black Upper Class, the Black Middle Class and the Black Lower Class.

The Black Upper Class has already made it and will either be vocal and support liberal positions to maintain their social positions, or stand mute and hope that the liberals do not strip them of their accumulated wealth while voting for conservative politicians.

The Black Lower Class is composed of those who have largely given up. They firmly believe that they can never make it in mainstream society and a large number depend upon government largess to survive. They either support liberal government programs or anarchy.

The Black Middle Class bears a striking resemblance to the rest of the Middle Class. Populated by people who believe that they can make it, within the greater society, and who are upwardly socially, and more importantly, economically mobile. These are the people working 60-100 hour weeks, many of whom own their own business. They want to keep the money that they sweat to earn. They do not support liberal programs which will hurt them or their families. And, this segment of Black America is growing. And that is a problem for Democrat politicians, especially liberal Democrat politicians.

The Black Middle Class reached its largest numbers during the second Bush administration, and then all but disappeared during the Obama administration. Many of them were still working, but the value of their houses went down, and the number of dependents they were carrying went up (along with black unemployment, particularly of young people).

It’s good to have them back, again.

Reading about this guy, I got to thinking about the other, more famous black actor named Washington. I follow news pretty closely, and I have not heard or read of him being a vocal Trump basher. Obviously, anyone who plays Malcolm X would not be a conservative, but as I recall, isn’t Denzel actually religious?

Denzel had expressed more conservative beliefs at one time, he hasn’t been in as many movies since that time that I recall. While every actor goes through ebbs and flows (talking about truly talented actors, not the phony ones who just play themselves in every role) and are in a lot of movies for a period of time, then it’s a drought for roles for them. Even Hanks has gone through that. Given the left and their hatred, I wouldn’t be shocked if his lack of roles in films is in part attributed to his views.

I can’t applaud a guy for walking away from the Democrat party simply because they’re not, in his opinion, doing enough for people that look like him.

I am completely fed up with this open racism that gets a free pass wherever and whenever it raises its ugly head.

We all have our hot button issues which start us down a different path in what political platform we might support. It might not be race based as his is, but it would have some ties to important parts of our lives.

It bothers me a bit about how openly racist his views are, but it is in part fueled by the leftist’s pushing racial division as well as pushing separate groupings to keep the division in this country growing wider. It is how the left gains power, through dividing people by various classes and causes, not through unity for supporting what is right or just.

This type of thinking still has a positive effect against what the left are doing to this country.

I wondered if he’d see the world a little differently after playing the power-mad Chancellor Thelonious Jaha on The 100. The writers of that show have been and are brilliant.