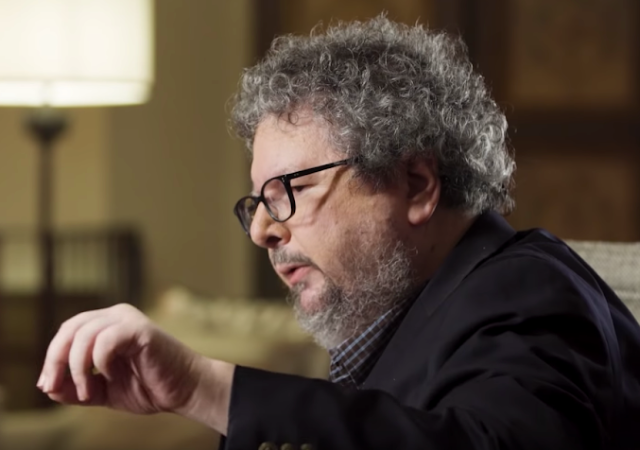 Yale University Professor David Gelernter has rejected the theory of evolution, which is the dominant theory to explain life on earth. However, Gelernter advised people should not push aside intelligent design, which believes God is the power behind all the changes and movement in nature.

Important to note that Gelernter does not personally subscribe to this theory, but called it a “serious argument” even though those who only accept Darwinism will “destroy” anyone who puts up a challenge. From The Daily Wire:

“Darwin’s theory predicts that new life forms evolve gradually from old ones in a constantly branching, spreading tree of life,” the professor says in the paper. “Those brave new Cambrian creatures must therefore have had Precambrian predecessors, similar but not quite as fancy and sophisticated. They could not have all blown out suddenly, like a bunch of geysers.” He explains, “Each must have had a closely related predecessor, which must have had its own predecessors.”

Among many other reasons, Gelernter also points to the near impossibility of creating a functional stable protein. “Immense is so big, and tiny is so small, that neo-Darwinian evolution is — so far — a dead loss. Try to mutate your way from 150 links of gibberish to a working, useful protein and you are guaranteed to fail. Try it with ten mutations, a thousand, a million — you fail. The odds bury you. It can’t be done.”

“I have to distinguish between the way I’ve been treated personally, which has been a very courteous and collegial way by my colleagues at Yale, they’re nice guys and I like them, they’re my friends,” he said. “On the other hand, when I look at their intellectual behavior, what they publish, and, much more important, what they tell their students, Darwinism has indeed passed beyond a scientific argument. Glernter explains, “As far as they are concerned, take your life in you hands to challenge it intellectually. They will destroy you if you challenge it.”

“What I’ve seen, in their behavior intellectually and at colleges across the West, is nothing approaching free speech on this topic,” he continued. “It’s a bitter rejection, not just — a sort of bitter, fundamental, angry, outraged, violent rejection, which comes nowhere near scientific of intellectual discussion. I’ve seen that happen again and again. ‘I’m a Darwinism, don’t you say a word against it, or, I don’t wanna hear it, period.'”

“I am attacking their religion,” he stated. “It is a big issue for them.”

So he thinks it’s aliens?

Or maybe he thinks “we just don’t know yet”. In science, not only is that a perfectly acceptable answer, that’s usually the right answer, “consensus” theories notwithstanding.

By saying “we don’t know” he shows something none of the progressive scientists, media and politicians ever do: humility and courage.

Darwinism has indeed passed beyond a scientific argument. Glernter explains, “As far as they are concerned, take your life in you hands to challenge it intellectually. They will destroy you if you challenge it.”

This exactly. I’m guessing he doesn’t much care about ever getting funded again.

True ID does not proclaim that a biblical “God” is the source…only that an intelligence that likely surpasses our own must have been involved.

He’s right in the sense that, say, the Cambrian Explosion—the (apparently, so far as the fossil strata show) simultaneous appearance of unrelated phyla with fossilizable scutes, armor, dermal layers, exoskeletons, whatever—remains unexplained. But mention any such mystery, and the press (as well as too many people who should know better) will trumpet that you reject “evolution”.

On the evolutionary front, reasonableness has long since left the building.

However, Gelernter advised people should not push aside intelligent design, which believes God is the power behind all the changes and movement in nature.

It doesn’t have to be behind all of them. Two or three important ones would do. Darwin can still take it from there. As I understand it, ID doesn’t reject Darwinian evolution, it just claims that DE simply can’t do certain things, so some other mechanism must have done them. It’s not an inherently ridiculous claim.

This scientism dogma impacts publications. One example that 3 years later still grates on me: PLOS https://creation.com/hand-design-peer-review

This one line “Hand coordination should indicate the mystery of the Creator’s invention.”

forced a retraction. And they made them confess to their heresy publicilly

The public outcry was swift and fierce! One editor at the journal posted, “Just found out @PLOSONE published a paper with ‘evidence’ about some ‘creator’. If not retracted immediately, I will resign as editor.” Buckling to the pressure, the journal did exactly that shortly afterward, with the following statement:

In light of the concerns identified, the PLOS ONE editors have decided to retract the article, the retraction is being processed and will be posted as soon as possible [sic]. We apologize for the errors and oversight leading to the publication of this paper.3
Perhaps even sadder than the public response to this paper, however, was that even the authors of the paper themselves seem to have backed down. They attempted to blame references to the Creator on errors in translation, rather than a belief in intelligent design. E.g. the first author wrote in the Comments:

We are sorry for drawing the debates about creationism. Our study has no relationship with creationism. English is not our native language. Our understanding of the word ‘Creator’ was not actually as a native English speaker expected. Now we realized that we had misunderstood the word ‘Creator’. What we would like to express is that the biomechanical characteristic of tendious connective architecture between muscles and articulations is a proper ‘design’ by the ‘nature’ (result of evolution) to perform a multitude of daily grasping tasks. We will change the ‘Creator’ to ‘nature’ in the revised manuscript. We apologize for any troubles may have caused by this misunderstanding.

FWIW there is a Torah and Science conference every 2 years in Miami w dozens of serious Torah-true scientists attending (there are 1000s world wide) http://torahscienceconference.org/2017/

I attended 2015. When I asked physics Prof Eviezer https://en.wikipedia.org/wiki/Nathan_Aviezer to sign his book for me at the conference in 2015 with an epigraph that reflected what his accumulated wisdom of 80y figured out, he wrote: The world has a Creator)

” intelligent design, which believes God is the power behind all the changes and movement in nature.”

Intelligent Design does not believe anything as it is a theory. And ID certainly does not attribute God as the intelligent agent (that’s left to theologians).

Beyond saying a intelligent agent caused and effect, ID has nothing to say about whether or not that agent was Alien or God or some other intelligence.

I am sure there are many effects where we don’t know the cause, but, we also know that the cause doesn’t have to be an intelligent agent. Therefor,you cannot use ID in the ‘gaps’. ID strictly requires attributing an effect to an intelligent causal agent to the knowledge that every single time you have ever seen that effect the *only* cause was an intelligent agent.

He said: “Those brave new Cambrian creatures must therefore have had Precambrian predecessors, similar but not quite as fancy and sophisticated. They could not have all blown out suddenly, like a bunch of geysers.”

Oh, but they did! It’s called the Cambrian Explosion. Look it up! There are NO Precambrian predecessors. Not one! They were all one-celled organisms!

The thing about the Cambrian explosion is that it’s not necessarily showing the appearance of life forms, but rather life forms that developed parts that will fossilize, such as shells. Living things that don’t have parts made of calcium don’t fossilize at all well, and are much harder to spot in the fossil record.

It might also be worth looking at just how long a period this explosion covers. Wikipedia uses a range of 13 to 25 million years. That’s time for a lot of things to happen.

Other things to consider are environmental changes that may have made it advantageous for creatures to store calcium in their bodies. These are being investigated, and can be expected to have an impact on the environment that can be detected in the fossil record. Intelligent Design has no explanation other than *poof* there it is.

Darwin’s theory has already been revised (it’s been 150 years!) and it will eventually be replaced. That’s science. IMHO, ID is religion cloaked as science, and as such is a dis-service to both.

Many years ago, scientists regarded their work as that of discovering the wonders of God’s creation. How that unfolded was (and is) an area of scientific study. Who or what created the universe is not a scientific question. Personally I see zero conflict between Darwin’s theory and faith and neither did Darwin. It is not a sign of faith to shrink God down to a size and simplicity one is comfortable with.

The problem with “Intelligent Design” is that it eventually reverts to creationism, which is a fancy way of saying “there’s no reason why it happened”. Once you have a designer decreeing that something will be so, there’s no reason to say it couldn’t have been any other way. There cease to be rules by which the world can be ordered.

At the most basic level, the notion of evolution posits that life has a history, and this history unfolded according to rules that can be discovered and known, just as we expect in the rest of science. If you accept Intelligent Design, then you must accept that the history of life, and anything depending on it, is not subject to scientific investigation.