“And somehow the flag ended up in Alumni Hall, which was built for alumni who died in World War I.” 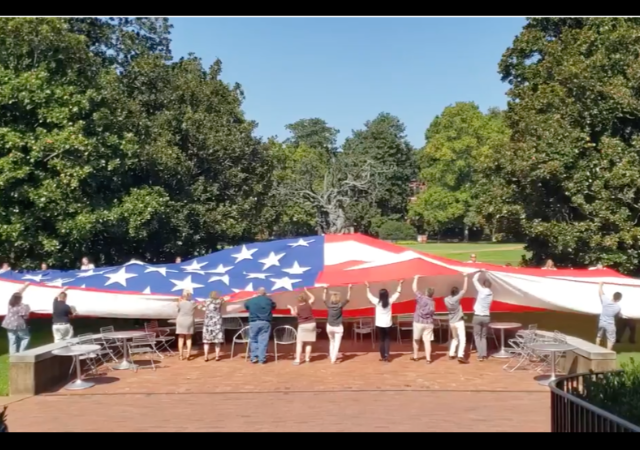 How cool is this? Vanderbilt University found a flag missing for years that served as the backdrop during MLK and RFK speeches. From The Tennessean:

More than 50 Reserve Officers Training Corps staff and students gathered in the Library Lawn at Vanderbilt University to unfold a 150 foot American flag.

The flag once hung behind speakers including Martin Luther King Jr. and Robert F. Kennedy. It’s been in storage in the Alumni Hall basement for several decades.

The flag had been missing for a few years.

“John Seigenthaler, when he was alive, asked me if I knew where the flag was,” Celia Walker, associate University librarian for special collections said.

“We had been looking for this big flag for a long time. We asked everyone to keep their eyes open. This happened so long ago, it was on display in the sixties.”

And somehow the flag ended up in Alumni Hall, which was built for alumni who died in World War I.

The building was undergoing renovations when faculty came across the flag. When a staff member saw it, he recognized it as the backdrop for many speakers of Vanderbilt’s IMPACT series, a yearly event that was started in 1964 for prominent leaders to come speak to students.

Walker said the original plan was to unfurl the flag for Veterans Day last year, but it ended up raining the whole day.