Basically everyone who disagrees with him is a Nazi.

I know Mike has chronicled professors calling President Donald Trump a Nazi along with his supporters. Guess nothing has changed because a UT-Austin professor has gone off on Trump and his supporters on Twitter.

Campus Reform published its article on Monday. The professor still has a Twitter account so I added new screenshots. From Campus Reform:

The UT-Austin instructor who came under fire after tweeting that Republicans want an “ethnic cleansing” has since called President Donald Trump and his supporters “nazis” and advised Republicans who email him not to give their personal contact information.

UT-Austin entomology instructor Alex Wild, who a spokesperson for the school confirmed to Campus Reform on August 14 is scheduled to teach at least one course during the fall 2019 semester, tweeted on August 17, “Trump is a Nazi. At this point, you are too if you still support him.”

The tweet came in response to Trump tweeting that he is considering labeling Antifa as a terror organization.

The day before that tweet, Wild took to Twitter and wrote, “a few Republicans have been emailing me to claim they aren’t Nazis.”

“Until they stop the intentional use of torture and child abuse as part of their immigration policy, the decent people of the world are right to draw lines connecting Trumpists to Nazis,” Wild added.

In the same tweet thread, Wild concluded by offering Republicans who email him a piece of advice.

“Pro-tip: If you’re going to email me a string of insults, remember to purge your home address and phone number from your signature line because WHY WOULD YOU DO THAT,” he wrote. 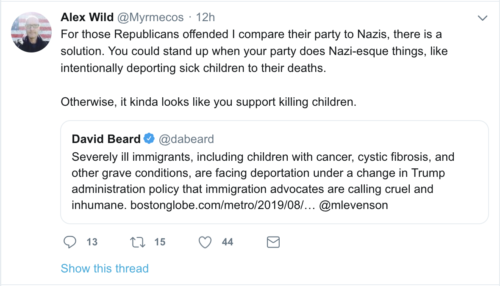 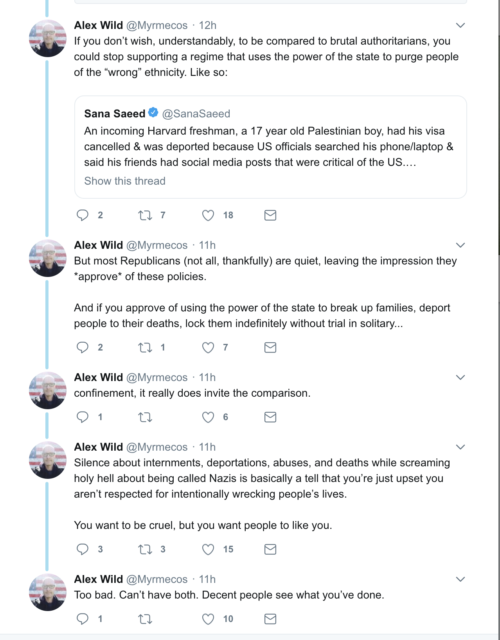 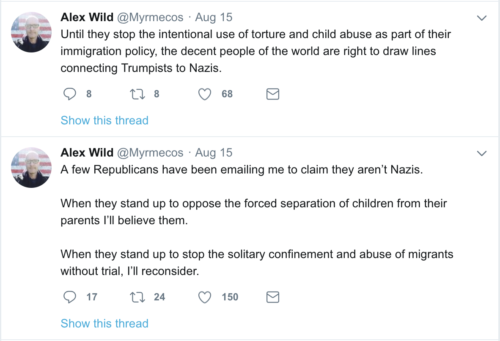 Attention whore. Do not feed the troll.

Keep in mind this guy is supposed to be studying bugs. Stay in your lane and lay off the mother jones hyperbole.

Right, we should all take advice from someone who studies bugs for a living. He sounds like he’s one step away from working for Terminix.

Spends his time communing with his intellectual equals.

Maybe slightly ABOVE his IQ level?

This is your brain on drugs……I stay away from the craziness on I-35. Cross it at 90 degrees and don’t look back.