UNC: School Should Decide How to Treat Sexual Assault Records

UNC: School Should Decide How to Treat Sexual Assault Records

A previous ruling said the school must release details on how the school disciplined students “found responsible for rape or sexual assault.” 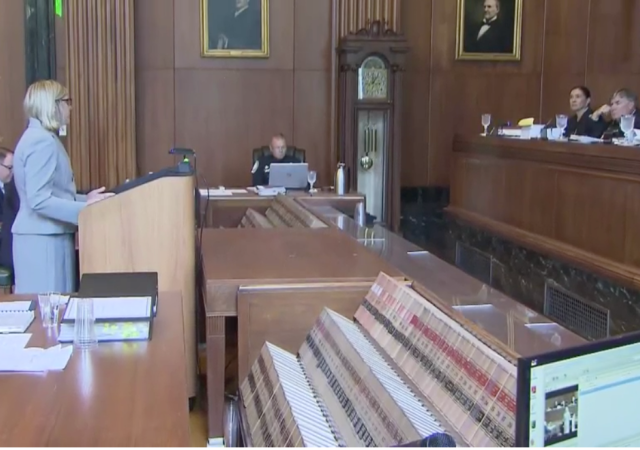 The University of North Carolina is seeking to overturn a decision by the North Carolina Court of Appeals that ruled the school must release details on how the school disciplined students “found responsible for rape or sexual assault.”

The case stems from a November 2016 lawsuit filed by a coalition of North Carolina media organizations – including the university’s student newspaper, The Daily Tar Heel, and the parent companies of the Durham Herald Sun and WRAL News – who challenged the university’s denial of a records request for the case information. University officials said the federal Family Educational Rights and Privacy Act, designed to protect student educational records, prevented disclosure.

Stephanie Brennan, a lawyer with the state attorney general’s office representing UNC, told justices Tuesday that although provisions in FERPA give university officials the option of releasing the information, nothing in the law requires release. That discretion, she said, preempts North Carolina’s open records law, which broadly permits access to records maintained by public agencies.

“They’re not reconcilable here in the sense that we can just try to make them work together,” Brennan said. “Here, the supremacy clause means that the federal statute has to prevail.”

Brennan also raised the potential of a “chilling effect” on reports of sexual assault if the anonymous nature of the cases were revealed to the press.

“If victims don’t access the system, there’s no ability for the university to address sexual assault as they are required to do by Title IX,” Brennan said.

I have always felt that FERPA was more about being an administrative CYA than helping to protect students.

It’s being used to help prevent parents from saving their students from academic disaster at college. It’s much easier for the college to deal with a student than an informed parent asking hard questions.

Universities shouldn’t be in the business of law enforcement. If an assault requires a report, it should be to law enforcement, not an university rep. The result should be victims statements examined for veracity and the accused receiving due process and legal representation. The records will still show up in a background check by employers, but should be impartial.

FERPA says if your kid is your dependent for tax purposes, their data is not protected from you under that law.

Does any university share data covered by FERPA with parents or guardians who claim the children as tax dependents? According to the law, they should.

FERPA probably does not say the university has discretion. It just does not include the data that the court ordered them to release in that which FERPA protects. Therefore that information is unaffected by FERPA.

And the court ordered the university to release it.

That’s all. FERPA did not give the university extra discretion to ignore the court order, because it did not protect the data ordered released by the court.