“I can’t get happy; I have this sandwich on my mind. I can’t think straight. It just consumes you.” 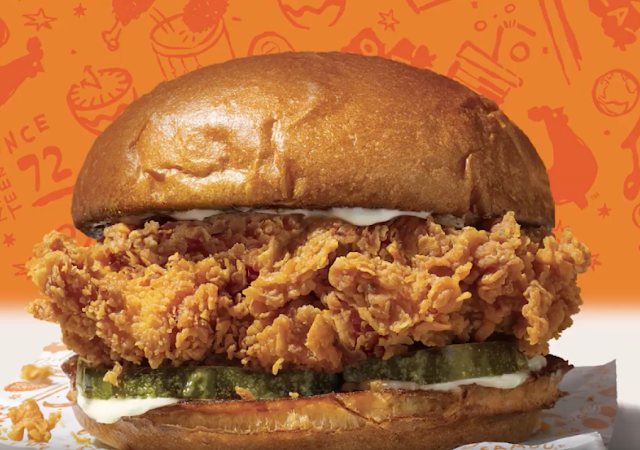 The drama continues within the chicken sandwich wars!

A Tennessee man sued Popeyes for running out of its popular new chicken sandwich. He accused the fast-food restaurant of false advertising and deceptive business practice. He complained the shortage caused him to waste his time because he had to drive around Chattanooga.

From The Chattanooga Times Free Press:

“I can’t get happy; I have this sandwich on my mind. I can’t think straight,” he told the Times Free Press on Thursday. “It just consumes you.”

Barr, who owns a company in the automobile industry, claims Popeyes purposefully overhyped the sandwiches and under-delivered quantity to increase popularity and garner attention.

“It’s totally deceptive. Who runs out of chicken? It’s a big fiasco. Someone has to stand up to big corporate,” said an agitated Barr. “Everyone is captivated by these sandwiches. They’ve got everyone gassed up on them.”

Popeyes provided a few restaurants with the sandwich on August 12. The item caught the eye of the public when Popeyes “feuded with Wendy’s and Chick-fil-A over who had the best sandwich.”

(Personally, I believe Wendy’s has the best spicy chicken sandwich. Other than that, I go to Chick-fil-A. It’s the Lord’s chicken after all.)

Barr drove all around town to find this supposed divine sandwich. He blew out his tire on his adventure, which also broke a $1,500 rim on his car.

After he fixed his car, he continued his search on Craig’s List. One man claimed his friend at Popeyes “stashed some in a walk-in freezer.” He told Barr to meet him behind one of the locations for the sandwich.

Barr handed the man $25 for the $5 sandwich. He owed $20 “for the troubles.” But once the man went inside he never came out.

Barr went inside and told an employee what happened. The employee “said a man matching the description had bought something and left out the front door.”

The humiliation caused his friends to laugh at him. OH THE HUMANITY.

Ahhh, a fool and his money…

Clearly no attorney worth his salt would take this case on a contingency basis.

Now this person is what Red, Blue, and Green Flag laws are for!

Because if a chicken sandwich can get you this riled up you probably don’t need a gun or drivers license. You also need a court appointed guardian (Green Flag) because if you’re dumb enough to pay $25 for a damn chicken sandwich behind a location you’re obviously not good with money.

This guy needs mental health help and not a lawsuit.

(for the record I’m totally against any flag laws)

Now Walla Walla Onion Rings from Burgerville. That I can understand.

I hope this is a sales ploy by Popeye. If so, it is a good one.

This fellow thinks that creating an artificial shortage is the best way to run a fast-food business? Perhaps in his industry (automobiles) it may work, but in the restaurant business, it makes no sense to deliberately run out of a $5 product.

And apparently doesn’t get the concept of the “test market”. This was Popeyes doing a test market run for a new menu item, so obviously supply will be limited. If it’s this ravenously popular, it’ll be on every franchise locations’ menu soon.

But I guess he just couldn’t wait a week or two. He wanted a chikin sand like a meth addict wants his next hit.

As lousy as Popeye’s chicken and their other so called food is, he should really be grateful they ran out. Saved him some upset stomach and diarrhea problems. Worst fast garbage restaurant in the entire world.
And Mary, hopefully you get a Culver’s in your area soon. Get the buffalo chicken tenders with their honey mustard. Trust me on this one, you’ll not go back to Wendy’s cold and clammy again.
https://www.culvers.com/

“The plaintiff will approach the bench and put one hand on the desk. Are you right or left handed?”

I believe popeyes is funding this lawsuit…

Lionel Hutz, representing Homer Simpson in his lawsuit against the Frying Dutchman: “Does this look like a man who had all he could eat?”

“This is the worst case of fraudulent advertising since “The Neverending Story!”

I Want It Now

Here in Toledo, they can’t get rid of roaches.

Styx did a song that perfectly describes this guy, “Too Much Time On My Hands.”