“The court stated that eliminating a program, in and of itself, did not tend to prove that female students had substantially disproportionate participation opportunities as compared to male students.” 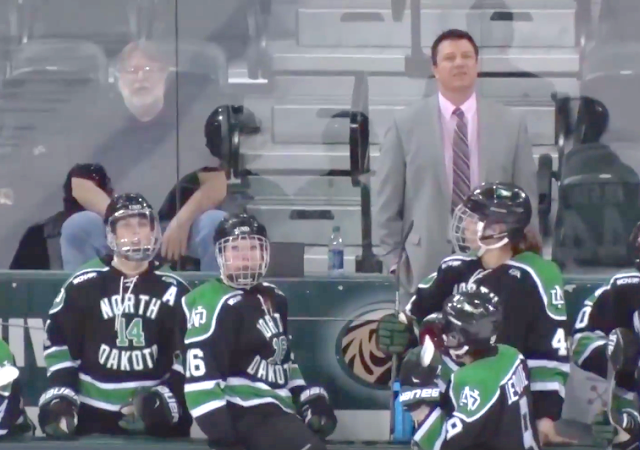 A federal district court in North Dakota dismissed a lawsuit brought on by eleven former female hockey players at the University of North Dakota after the university cut the program.

They claim the school violated Title IX, which states that universities must offer equal sports across the board. From The National Law Review:

The University terminated the women’s ice hockey team following the 2016-17 season. The plaintiffs then alleged the University failed to provide female students with “proportionately equal opportunities in intercollegiate athletics as compared with its male students” as mandated by Title IX. The plaintiffs alleged the University violated Title IX by terminating the women’s ice hockey program, improperly calculating the opportunities for female participate in intercollegiate athletics, and overreporting the number of female students participating on various sports teams. The court rejected each of these.

Title IX prohibits discrimination on the basis of sex “in any … intercollegiate … athletics” offered by a recipient of Title IX funds. Under a 1979 policy interpretation of federal regulations, colleges and universities may meet this requirement (the “Three Part Test”) in three independent ways: Provide participation opportunities for male and female students that are “substantially proportionate to their respective enrollments”;

Show a “history and continuing practice of program expansion which is demonstrably responsive to the developing interest and abilities of the members” of a sex underrepresented in participation in intercollegiate athletics;

If participation in intercollegiate athletics by one sex is underrepresented and the institution does not satisfy 2 above, it can demonstrate that “the interests and abilities of the members of that sex have been fully and effectively accommodated by the present program.”

The court stated that eliminating a program, in and of itself, did not tend to prove that female students had substantially disproportionate participation opportunities as compared to male students. Further, the court rejected the argument regarding the relative participation opportunities for male and female students after the elimination of the women’s ice hockey team, specifically rejecting the argument that the University improperly calculated the number of female students participating in intercollegiate athletics because it was without any alleged evidentiary support. Since the plaintiffs did not allege facts that could be viewed as sufficient to establish a violation by the University of Part 1 of the Three-Part Test, the court held they did not state a claim upon which relief can be granted.

The plaintiffs argued that the court should look beyond the Three-Part Test to find the University in violation of Title IX. They first asserted that the University did not provide female students “equal treatment,” which, in intercollegiate athletics, concerns schedules, facilities equipment, coaching, and the like. The court noted that the plaintiffs made no allegations to support this argument and rejected it.

It’s a relief to learn that a party cannot just make statements in court without evidence (as our national propagandists have it) and have those statements accepted on the face of them.

That day is coming, though, and it terrifies me.