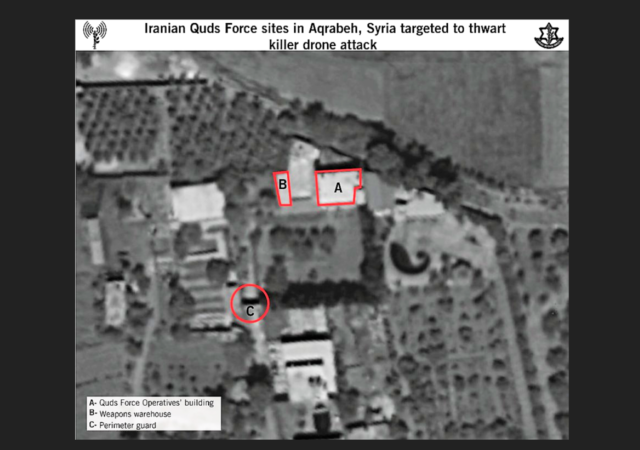 Israel has attacked Iranian bases in Syria to preempt the launch of a squadron of bomb-loaded attack drones that were in the final preparations for launch.

The planned drone attack was personally supervised by Iranian Quds Force Commander Qassem Soleimani, according to the Israel Defense forces, which in an unusual move took to Twitter to announce the preemptive attack:

The IDF followed up with a taunt of Soleimani, letting him know they were following his movements the entire time: 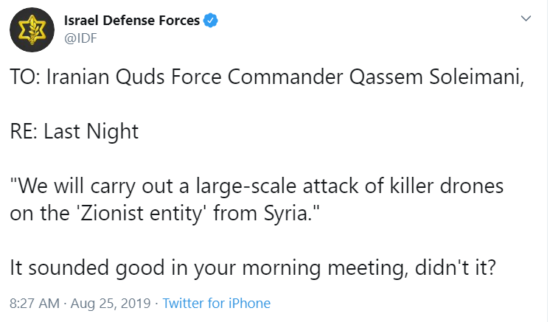 This purports to be video of the aftermath (unverified).

Israel will not sit and watch the #Iranian regime get ready to attack Israel. pic.twitter.com/HV8AYpFrJb

“Each one of these attack drones would carry several kilograms of explosives,” he said.

Conricus said the military has been monitoring the Iranian plot for “a number of weeks.”

When the IDF spotted the Iran-led team — made up of the four IRGC advisers and Shiite militiamen — moving to launch the drones on Saturday night, the Israeli Air Force took action and bombed their base.

“Thanks to a substantial intelligence effort, an Iranian attack was thwarted and harm to Israel was prevented,” the head of Military Intelligence Tamir Heyman said in a statement.

In a major operational effort, we have thwarted an attack against Israel by the Iranian Quds Force & Shi’ite militias. I reiterate: Iran has no immunity anywhere. Our forces operate in every sector against the Iranian aggression. “If someone rises up to kill you, kill him first.”

I have directed that our forces be prepared for any scenario. We will continue to take determined and responsible action against Iran and its proxies for the security of Israel.

Why the Israeli publicity campaign this time, when it usually stays silent? My guess is because there were substantial casualties among Iranian and Hezbollah operatives, and Israel is expecting retaliation from Iran and Hezbollah. So it wanted to lay the groundwork as to why it attacked.

Joe Truzman reports that at least two Hezbollah members were killed in the attack: 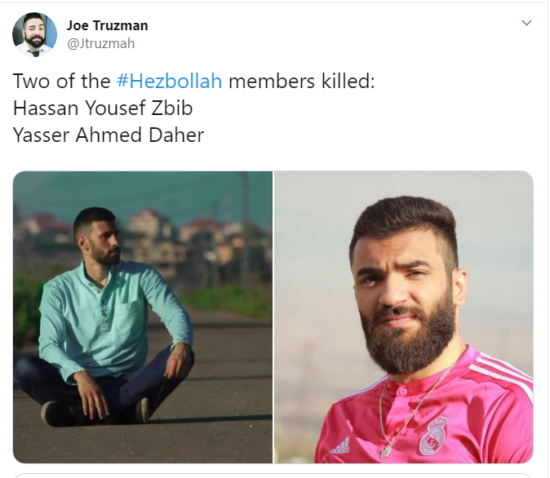 Hezbollah also is asserting that an Israeli drone crashed in the Hezbollah stronghold in Beirut, through analysts suggest it might have been an Iranian drone.

Amos Harel at Haaretz reports the planned drone attack was Iran’s attempt to get back at Israel for Israeli bombing of Iranian weapons depots in Iraq.

What form is retaliation likely to take? My guess is that it will come from Hezbollah,the scale to be determined. If Hezbollah does not want a major confrontation, and consistent with past practice, the retaliation will involve a rocket attack on an IDF vehicle in territory Israeli controls but Lebanon claims is its along the Israel-Syrian-Lebanese borders.

Another win for the good guys. You’ve got to marvel at the tactics and efficiency of Israeli intelligence.

Qassem Soleimani’s days are numbered. He’ll either escalate and get reckless enough that the Israelis take him out, or his inability to succeed will get his brutal overlords in Iran to execute him for incompetence. The other possible reason that the Israelis identified Iran as the culprit behind the planned attack is to lay groundwork for response from Hezbollah to be met with a major attack on an Iranian facility.

They had the chance to kill him over 15 years ago.

The Bush administration told them not to do it. Cowards.

Outstanding! Looks like there was a lot of ordnance in what they blew up. Can’t have that stuff flying over Israel.

I don’t know how long it will hold, but so far Israel is blessed with stupid enemies.

“They say that Caliph Caliph Omar ibn Al-Khattab, when consulted about what had to be done with the library of Alexandria [when the Muslim hordes attacked Egypt, 640-642], answered as follows: ‘If the books of this library contain matters opposed to the Koran, they are bad and must be burned. If they contain only the doctrine of the Koran, burn them anyway, for they are superfluous.'”

Maybe the quote is true, maybe it’s not. Regardless, it reveals a truth about the Muslim mindset.

As long as I can remember we have been giving aid to Muslims, a people who consistently reproduce beyond their ability to feed themselves. It is time to stop giving them any aid, doing so is the equivalent of feeding locusts.

In the region, yes. But the American Jews who are disloyal to Israel are generally not stupid, unfortunately.

One has to be stupid to worship a barbarian warlord.

Also election coming up soon in Israel again, so maybe trying to get the PR out before the left in Israel can make hay.

Iran needs to get a ‘special air-mail ‘ for the mullahs.

Israel is just upping its game against the Iranians.

I wonder how many Russians they killed in the process?

In war, collateral damage i desirable.