The church supposedly stood on the home of the apostles Andrew and Peter. 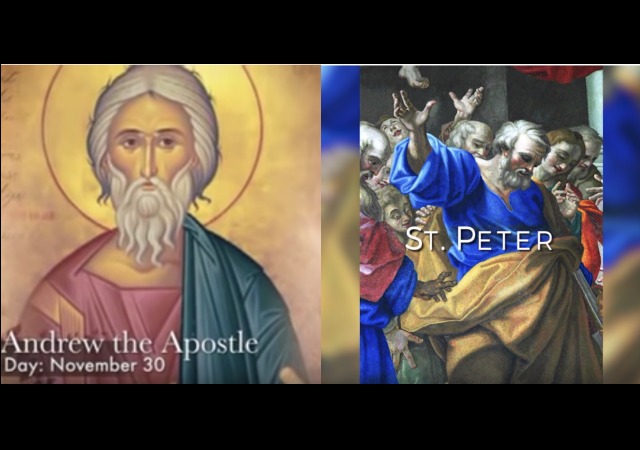 A team of American and Israeli archaeologists claim they found the Church of the Apostles supposedly built over the home of Jesus Christ’s apostles Peter and Andrew. From Fox News:

Experts from the Kinneret Institute for Galilean Archaeology at Kinneret College, Israel and Nyack College in New York, have been excavating the site of el-Araj on the northern shore of the Sea of Galilee. The archaeologists believe that el-Araj is the site of the ancient Jewish fishing village of Bethsaida, which later became the Roman city of Julias.

Prof. Steven Notley of Nyack College told Fox News that the group’s previous annual excavations at the site had uncovered evidence of the church’s existence, such as pieces of marble from its chancel screen and small gilded glass blocks called tesserae that were used in ornate church wall mosaics. “These discoveries already informed us that the church was waiting to be found somewhere nearby,” he explained, via email.

Mordechai Aviam from the Kinneret Academic College said the objects found during the excavations matched descriptions given by early Christian pilgrims and Bavarian Bishop St. Willibald.

Willibald claimed “Bethsaida lay between the biblical sites of Capernaum and Kursi.”

The archaeologists have only uncovered the southern portion of the church. From The Daily Mail:

‘We excavated only one third of the church, a bit less, but we have a church and that’s for sure,’ Aviam told AFP.

‘The plan is of a church, the dates are Byzantine, the mosaic floors are typical… chancel screens, everything that is typical of a church.’

‘Between Capernaum and Kursi there is only one place where a church is described by the visitor in the eighth century and we discovered it, so this is the one,’ he said.

Notley said it will take the archaeologists another full season to uncover the rest of the church.

However, some believe e-Tell, located a little more than a mile from el-Araj, may have been the original site of Bethsaida. Archaeologists have found in the dig, which started in 1987, “major ninth-century BC fortifications and ‘Roman-period houses with fishing equipment, including iron anchors and fishing hooks, and the remains of what may be a Roman temple.'”

Churches found. Synagogues found. Temples found. Yet, no one has ever found a mosque predating synagogue, temple, nor church. Yet the Moslems tell us Abraham was a Moslem. Hmmmmm.

See my response below. I thought I was replying to you with a reference to this video.

You might well appreciate watching this video, if you haven’t watched it already.

It opened my eyes about the origins and goals of Islam big time.

Thanks. I’ve seen those vids. The guy is spot on.

It’s a shame ‘narrow gate’ posts like this don’t receive more comments because I find topics like this fascinating.

I read a magazine a few years back about Biblical archeology (maybe that was its title?). A particular article spoke to the benefit it gives to our knowledge about the history of Mideastern people who lived and died thousands of years ago.

The article declared a certain fact that I had never heard or considered before: Biblical archeology has never disproved any account of a person, society or event found in the Bible. It always (read: always) confirmed said person, society, or event – and by extrapolation, the Bible itself. (as if there were any doubts)

There are fewer comments because people have less to say.

Yes, it’s interesting, but I don’t really have anything to add.

I am currently reading a fascinating book by Trump’s lawyer, Jay Sekulow, called Jerusalem. He goes into great lengths about the extra-biblical texts and archaeology finds that all support the Bible. Of course, supporting the Jewish claim to Israel and Jerusalem. God’s covenant with Abraham then with the Jewish people as a whole at Mt Sinai are discussed. The Israelites were expelled numerous times and lost possession of the land, but they have never lost ownership. I highly recommend reading it!

I have liked Jay Sekulow and the work of the ACLJ long before Trump even got into politics. I have Jay Sekulow’s book Jerusalem on my kindle wishlist and I have his son’s book on my list but I do not remember the book’s name yet. Right now I am reading Eusebius’ early Christian history(1st three centuries) and look forward to seeing if there is any mention of a church built on their home. The posting does peg Peter and Andrew’s basic area but Eusebius died in 339ad and I do not think he is always using the same geographical names that we use today.