Rodent infestation is now a public health problem across the nation. 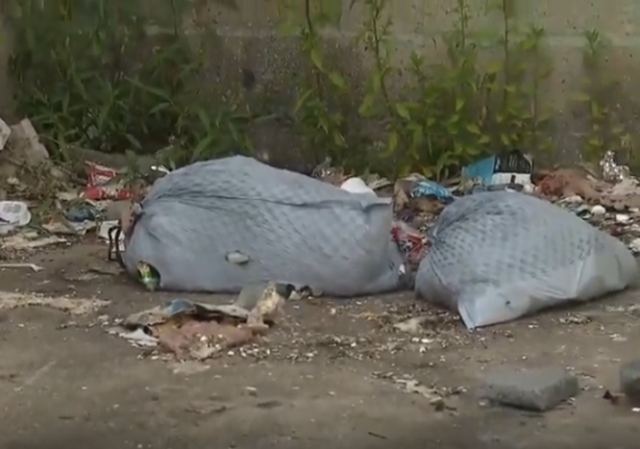 A rat in West Baltimore has become an unexpected media star, after running through a local Fox TV reporter’s live shot as she discussed President Donald Trump labeling the city a “rat and rodent infested mess” in a recent Tweet.

Fox 45 Baltimore reporter Maxine Streicher was engaged in a live broadcast from the city’s Sandtown-Winchester neighborhood on Monday when the camera panned over to an alley just as a rat scurried out from under trash and along a wall. The live shot prompted widespread mockery from supporters of the president who touted the video as “proof” the president was correct in telling Maryland’s 7th District Democratic congressman Elijah Cummings via Twitter to “clean up this very dangerous & filthy place.”

“Now, we spoke with many people today, who say the president should consider coming here to Baltimore, to the Sandtown area, and taking a look at things for himself,” Streicher can be heard saying as the camera examined a nearby alley.

The rat can be seen emerging from behind several bags of trash on the ground before running along a wall and disappearing into an adjacent patch of grass and concrete.

Here is the report:

One aspect of Trump’s presidency that I have come to admire is his ability to set the agenda, in terms of the topics the media will cover. The president has now turned national attention to a serious public health problem that has escalated over the past few years that we have covered at Legal Insurrection: Rat infestation.

I have detailed the typhus outbreak in the Los Angeles area, as the flea-borne disease is spread by rats and other scavengers getting fat from the homeless camp wastes spreading throughout southern California. Now a new study has confirmed that rat infestation is a statewide problem.

An ever-growing number of rodents in California — particularly in Los Angeles — is being fueled by a spiking homeless population and restrictions on rodenticides that are risking a public health crisis, according to a study released Tuesday.

The report by political action committee Reform California cites recent rodent-related events over the past six months, including an employee at the Los Angeles Police Department contracting Typhus and a rat falling from the ceiling of a Buffalo Wild Wings onto the menu of a patron, as proof of an “undeniable problem” in the Golden State.

“California is being overrun by rodents,” said Carl DeMaio, chairman of Reform California. “Without immediate emergency action by state and local government, we face significant economic costs and risk a public health crisis.”

…The study also surveyed 23 pest control companies in California, and found that all of the reported that rat service requests were up almost 60 percent in the past year. Included in the study was a list of “rattiest cities” in the nation published by the pest-control company Orkin, which named Los Angeles as the second most rat-infested city in the nation behind Chicago.

Meanwhile, in Texas, a San Antonio veterinarian is warning pet owners and others to keep watch for and prevent a flea-borne disease after she became ill with typhus.

The disease has been on the rise in Bexar County over the past few years, spiking with 101 cases in 2018. There have already been 56 so far in 2019, with five more months left in the year.

Jaimez suggested pet owners ensure their pets stay flea-free using medications provided by a veterinarian. Though she also warned people without pets aren’t in the clear.

Finally, it is not only the Baltimore’s now famous rat that confirms Trump’s assessment of Congressman Elijah Cummings’s district is correct:

Perfect. Ratted out by a real rat. The truth “cummings” home to roost.

The best part was the talking head was so busy reading her Iphone notes she didn’t even see the rat made TRumps point.

Oh, that was a rat? It Thought it was Al Sharpton just trying to get more screen time.

By Baltimore standards it was a mouse.

Oh, please you don’t think he actually goes to Baltimore other than to campaign and beg for money do you?

How long have voters fallen for the “I’m running for congress to help Baltimore (et al)” line, when all a representative can do there is to earmark Federal funds to send back home? And that comes how often? Ever time a budget is passed? Or some bill that financially affects their region? If they really wanted to help Baltimore (et al), then stay in Baltimore and get to work.

Washington isn’t so much about helping the folks back home, as it is to be a voice in shaping national policy.

Offer bounty for body count and see how long the rodents last.

Give them $5/rat. The money will stay in the community and the community may improve… until some enterprising soul realizes how profitable it is to raise them!

I think the British tried this already. Know how many rats you can raise in a basement then kill for the bounty?

One rat equals one hit of crack cocaine… watch the rodents disappear.

50 rodents gets you one hit of heroin ….

!00 rats gets you the latest Air Jordons…

My understanding is that LA may be teetering on the edge of a bubonic plague outbreak.

Maybe the Dimocrats should put the rat on their 2020 ticket. All they would have to do is figure out how to get rats registered to vote, and they’d have a sure thing for President.

And, it occurs to me, probably wouldn’t be any worse than the occupants of the clown car they’ve got now.

Baltimore’s last Republican mayor Theodore McKeldin left office in 1967. elijah cummings elected to the house in 1996. Baltimore has had all African American mayors since 2007. 16 BILLION DOLLARS was given to Baltimore in 2018 alone. How much money has Baltimore received since 1996? Since 1967? The democrats are completely out of excuses. All they have left is the race card. Baltimore City councilman robert stokes was on Tucker Carlson’s show 07/30/19 and literally said Baltimore’s current problems stem from 400 years of structural racism. AND THEY NEED MORE MONEY. Get ready for 2020 democrats, it is going to be a Trump landslide.

A private contracting company has gone out to clean up the area the young lady Kimberly Klacik filmed after the PDJT tweet.

Democrat Rep. Elijah Cummings in 1999: “This morning I left my community of Baltimore, a DRUG INFESTED area” where people are “walking around like zombies.”

The sentence the probably followed:

“I can make a FORTUNE off this!”

The video of Cummings saying that is from 1999 and 20 years later, NOTHING HAS CHANGED.

No more excuses Baltimore when most everybody knows what the trouble is: Demtard Control. But you don’t have a clue and just keep electing them.

Why not elect a Rudy Guiliani type for a change? Rudy cleaned up New York though admittedly it is back on the decline after Communist Bill get elected mayor.

Any rat willing to do that in the daylight around someone talking so loudly is far too comfortable around humans. If anyone tries to tell you that a singular rat is not exactly damning, they’d be flat wrong. This particular rat’s behavior is blatant evidence of infestation.

I’ve worked in biomedical research with rodent models for almost 2 decades. Rats don’t run by people in the daylight unless they are used to being around them. That run would have never come out if it was truly a wild rat. (Also, they can hear much more acutely than we can, so her voice was probably like a bull horn to the rat)