“Historically, it has been willing to look past such moral indiscretions as armed carjackings, espionage, and even downright murder.” 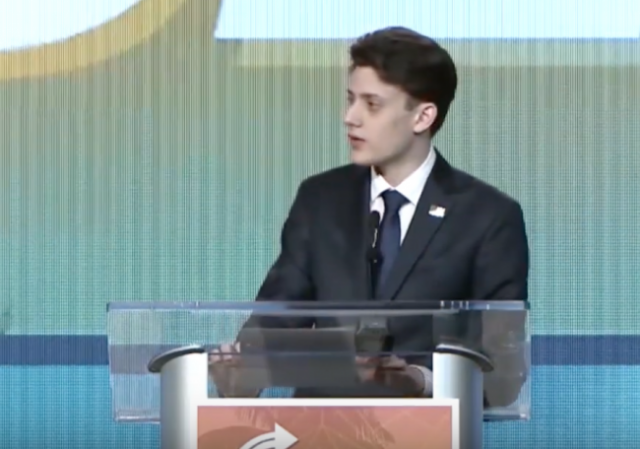 We covered this story in a full post. Here are some additional thoughts from Kevin Petersen.

He writes at the Washington Examiner:

Kyle Kashuv, the well-known Parkland school shooting survivor, came under fire last month for racist and anti-Semitic comments he made online two years earlier when he was 16. In an attempt to address the revelations, he quickly gave an apology for his actions, stating that he was “embarrassed” by his comments and that they were “not indicative of who” he was. When later contacted by Harvard College, the school he was committed to attending, with a request to address the comments, he replied with an even more full-throated apology, took complete responsibility for the comments, and presented a plan to help overcome the pain he caused.

Unfortunately, his efforts to assuage the outcry were in vain. While his high school classmate David Hogg will matriculate at Harvard this upcoming fall, Harvard College rescinded Kashuv’s place, stating that they “take seriously the qualities of maturity and moral character” of their applicants.

Of course, as a private institution, Harvard has every right to allow in whomever it chooses. After all, it retracted the admissions offers of 10 students back in 2017 for similar issues. And to be honest, Kashuv’s comments were appalling, and he certainly knew better at 16 than to use such derogatory language. However, this new trend of admission offices taking into account college applicants’ “maturity and moral character” is interesting since Harvard hasn’t always been so unforgiving of immorality. Historically, it has been willing to look past such moral indiscretions as armed carjackings, espionage, and even downright murder.

Back in the 1970s, Warren Kimbro graduated from Harvard’s Graduate School of Education after serving a 4 1/2-year sentence for not just torturing but murdering a suspected police informer while he was a Black Panther. Just a few years ago, Reginald Betts was offered a spot at Harvard Law School after serving out time for participating in an armed carjacking as a teenager back in 1996. In 2017, the university’s history department offered a doctorate seat to Michelle Jones, who served 20 years of a 50-year sentence for murdering her 4-year-old child, before higher administration rescinded it.

Okay, so Harvard accepts violent criminals. But did they say bad things about the wrong people? I mean come on! Where are your priorities?

I hope that it isn’t quite true that Harvard has the right to do this, with the totality of all the facts involved.