White people can now opt-in to pay more for the hip-hop musical festival. 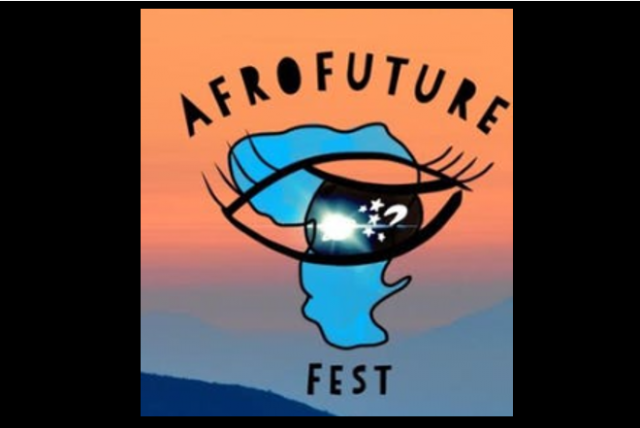 After facing a serious backlash, a popular Detroit music festival has dropped its controversial plan to charge white concertgoers twice as much as people of color.

The AfroFuture Fest sparked outrage with its ticketing model for the Aug. 3 event that saw people of color paying a maximum of $20 compared to $40 for “Non-POC” tickets.

Biracial rapper Tiny Jag was so “enraged” that she publicly withdrew from performing, and ticketing website Eventbrite threatened to bar the festival from its services, according to the Independent.

The festival finally backed down late Sunday — but blamed threats from racists rather than the race-based disparity itself.

“For the safety of our community, family, elders who received threats from white supremacists, & youth who were subjected to seeing racist comments on our IG pg, Afrofuture Fest has changed our ticketing model to $20 General Admission & suggested donation for nonPOC on @eventbrite,” organizers announced on Twitter late Sunday.

Additionally, the ticketing website EventBrite made it clear the festival would not be able to continue using its website if this race-based pricing policy remained. The revisions provided white people the choice of opting-in to pay more.

A spokesperson for EventBrite, which is hosting ticket sales for the fest, explained in a statement Monday that the site doesn’t permit events that require people to pay different prices based on protected characteristics such as race. Afrofuture Fest was asked to alter its pricing model and warned that if it didn’t comply, the event would be delisted.

The pricing structure was revised, and revised again. In one iteration it had reflected a $20 general-admission price, with a box to make a “Non POC Suggested Donation.” A pop-out message had read as follows:

“Events often designed for marginalized Black and Brown communities can be easily co-opted by those with cultural, monetary, and class privileges. Our goal is to ensure that the youth of our communities can participate in the building of a just society; one that promotes EQUITY over EQUALITY. Non-POC individuals are encouraged to provide additional donations as acknowledgement of this historical inequity.”

Charging different prices based on race or ethnicity clearly violates our Terms of Service. We are giving the creators of this event a chance to do the right thing and change their pricing, but will have to remove the event if they don’t comply. #afrofuturefest

The first defense of the policy will be perhaps the most entertaining act associated with the festival.

According to the Detroit Metro Times, Francesca Lamarre, of AfroFuture Fest, defended the festival’s initial ticket prices, saying its price structure existed to ensure people of color had a chance to “experience joy and pleasure” within the same spaces as their white counterparts.

She said the model also allows white people to show themselves as allies and use their wealth and privilege to increase equity for black life in Detroit.

The festival’s co-director Numi Ori equated their motives as “equity” for the lack of accessibility and affordability of concerts for black people in the Motor City.

“There are events and spaces being created in the city that we don’t have access to, which means that we are not always going to be able to afford them or go there,” Ori told the outlet. “Or we don’t feel welcomed because people don’t look like us — specifically with concerts, which is just one little piece of the puzzle or one little drop in what’s really the bigger issue.”

Sadly, one of those who initially complained about the price structure was punished.

Last week, Tiny Jag — real name Jillian Graham — publicly dropped out of AfroFuture Fest when she learned that the festival was charging white people more to attend. The festival, which supports the nonprofit AfroFuture Youth, said it was doing so in the name of bringing equity into the community. Graham, who is biracial, criticized the festival on Twitter, and the story went viral — getting picked up by The New York Times, The Washington Post, Los Angeles Times, Fox News, and the BBC, with Graham granting several of the outlets on-the-record interviews.

Now, this is a brave artist.

I’ll go them one better: I’ll opt out of even going.

Not that I would have anyway, but I’m a giver.

I like your take and remember is all about Optics for liberals.

Communist-speak: We were threatened by WHITE SUPREMACISTS!!
Translation: We f****d up.

Communist-speak: nonPOC
Translation: inyenzi (a term used by Hutu Power supporters against Tutsis and “sympathizers” during the Rwandan genocide. It is Kinyarwandan for “cockroach”)

notamemberofanyorganizedpolicital in reply to McGehee. | July 11, 2019 at 5:22 pm

May they Crash and Burn.

Why aren’t the allowing the Anti-Americans to pay much more for tickets?

No white conservative would come within miles of the city. So they were proposing a surcharge on liberal democrats their supposed enlightened partners in debauchery.

They could always do a bake sale.

That said, charge white patrons twice the normal rate. Charge Africans quadruple the normal rate. The former were merely middle men of the latter. Then there are the Mandela associated types who were lynching the other 1/2 a la Hutu/Tutsi cycles of redistributive and retributive change.

Read a recent article out of South Africa about the plight of “coloreds” who are being ostracized , as are whites, within ZA. They noted they are not “black enough”.. being mixed race or non-Black. The argument that American Blacks can’t be racist since in a minority begins to pale when we look at other countries.. since humans and humans.

The dream of MLK of integration is dead. Everything he fought for is turned upside down… now it is “separate and unequal”, skin color, segregation, privileged at birth … all of it was on the wish list for the KKK in the past. Gun control? Tanney fought against freeing slaves because they could then possess guns… and need we look more than at Chicago. The Black Left has a lot in common with the KKK… as you listening Spike?

Sounds like nearly everyone involved managed to miss their chances to do the right thing.

Contrary to glowing recovery hype in the news, Detroit is still very much a shit hole (as is Flint, MI), and it is doomed to remain one until they are able to bring crime under control. As I see it, that can only be accomplished by having a open season on those criminals.

How is skin-color based ticket pricing constitutional or legal?

This Maoist red guard cultural revolution struggling is becoming very worrisome. How long can all of this last?

Surely some revelation is at hand;
Surely the Second Coming is at hand.
The Second Coming! Hardly are those words out
When a vast image out of Spiritus Mundi
Troubles my sight: a waste of desert sand;
A shape with lion body and the head of a man,
A gaze blank and pitiless as the sun,
Is moving its slow thighs, while all about it
Wind shadows of the indignant desert birds.

The darkness drops again but now I know
That twenty centuries of stony sleep
Were vexed to nightmare by a rocking cradle,
And what rough beast, its hour come round at last,
Slouches towards Bethlehem to be born?

The reason given by festival organizers is pure rubbish. “We were threatened by WHITE SUPREMACISTS so we will cut ticket prices to let more of them in.”

I suspect the festival organizers will later claim they were just trying to “start a conversation”.

Mighty white of them to not charge more.

Or better yet, have Sam Jackson force white folks to say the ‘N-word’ AND pay higher admission price. Total color blind society beat down. So proud, so proud…

I’m so Sick of Fking ‘Race Card’! All these jackass keep racism alive while being Racist!

I’m tempted to say that anyone who agrees to pay the surcharge should be welcome to do so. After all, they are volunteering to be treated as third-class on account of their race and if they think they deserve to be treated like this then perhaps they’re right.

But then I realize that if these promoters get away with this, it will shortly become nearly universal: first at on-campus events, and then at just about all cultural events everywhere.

For it’s hardly a secret that much of the cultural establishment resides deep in the Valley of the Politically Correct. And so limited are their horizons that they can’t imagine ever being on the wrong side of anything.

So, here’s hoping that if this starts to catch on, DOJ makes an example of those promoters and ticketing agencies that support it.

But then I realize that if these promoters get away with this, it will shortly become nearly universal

Even if normalized it will still only work one way. Nobody will be able to charge blacks more, even with a sound rationale—like, say, needing to employ a larger security staff. Nope, there’d be hootin’ & hollerin’ a-plenty at the very thought.

No, it won’t be the norm. Any establishment that follows this idiotic business model will be dead in less than a month, once the price discrimination becomes public.

No, it won’t be the norm. Any establishment that follows this idiotic business model will be dead in less than a month, once the price discrimination becomes public..

It’s fascinating how everything that Leftists claim to oppose — racism, inequality, Jew-hatred, misogyny, theocratic totalitarianism, supremacism, etc. — are enthusiastically embraced, under the rubrics of “intersectionality,” Islam-fetishizing/whitewashing/victim-posturing, and the rest of their hypocritical, fad du jour conceits.

It is equally fascinating that so many Jews continue to support people who deserve no support. AOC should be fed to hogs, I am not talking about her associates who are both dumber and far uglier than hogs.

They should charge white people double for everything. Then, when they go out of business like the restaurant in Australia that put a surcharge on men who dined there, we can listen to them whine about the unfairness of it all.

Why Would any white Person go this event after this demonstration of hatred for whites?

Only self-hating SJW whites would go and bend-over for these hood rats…so they deserve to pay double.

I don’t remember The Temptations or Smokey Robinson & the Miracles charging me double for their 45s. The Motor City has certainly changed.

would never attend anyway as (c)rap is not music but if actually did attend, why on earth should i be willing to pay more ” to increase equity for black life in detroit.? ” detroit is (and has been for some time)a ghetto of epic proportions–a huge, odious example of decades of democrat party policies and corruption–would not go there(or harris county, for that matter)for the Second Coming

Any White cvck who goes to an “Afro Culture Festival” deserves to be discriminated.