Go to your rooms 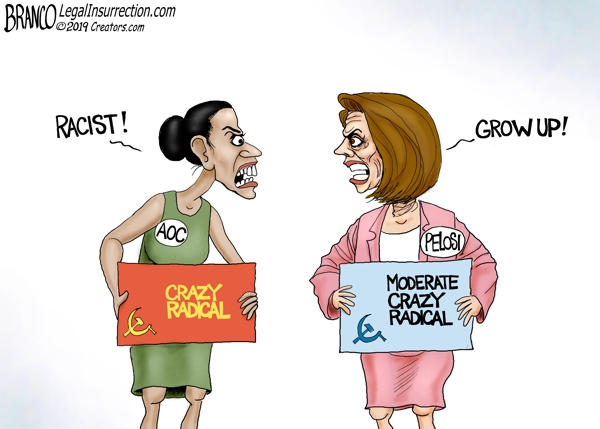 Nope to both! *carefully backs away*

I have to admit, Trump’s tweet as of late has forced the Democrat party into a position where they are throwing themselves into displays of support for four of the *least* popular nuts.

Moderates in their party have been told to think of AOC and her ilk as a few nuts out on the fringe, but the way they see their party leaders and supporters fling themselves into full-fledged frothing should help make it clear that the modern Democrat party has flung itself off the Left side of the spectrum and left them.

When we look back ten years or more all of the Dems of that period would be Republicans today! Does that tell us all we need to know about the coming election?

I love the “sexy” knees he’s given these gals.

The details contained within the lawsuit filing (full pdf below) are stunning.

If this information is true and accurate, the DOJ claim of a Russian hack –based on assertions by DNC contractor, Crowdstrike– would be entirely false. Additionally the DC murder of Seth Rich would hold a far more alarming motive.