Prof. Jacobson Joins The Michael Berry Show: The college was liable for its own conduct, not the conduct of students 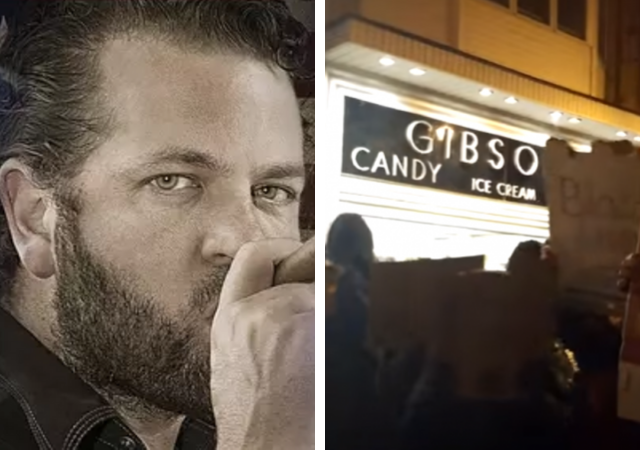 During the interview, Professor Jacobson dismembered what’s becoming national media spin — that the case was actually a case about campus free speech. As Jacobson explained, “it’s not.”

If you’re jumping into this story mid-stream, never fear. Professor Jacobson succinctly laid out the facts of the case before delving into analysis.

Listen to “MB Talks To Prof Jacobson” on Spreaker.

If player doesn’t load, you can listen here.

The entire interview is well worth your time, but the portion of note which discusses the “free speech” issue has been transcribed beneath:

“In their general counsel’s letter to members of the community after the jury came out, they made the case — hey, we’re here to facilitate free speech and that’s what this was, was free speech. So why do they have a legal duty, if in fact they are promoters of free speech? This is what a university should be — students our having opinions.”

If all Oberlin College had done is say, hey, students are students they can do what they want, there would not have been a case. But it was the alleged active participation of the college and its senior administrators in spreading the defamation that gave rise to the law suit. That’s a nuance that’s getting lost in some of the media coverage.

The jury found that they acted with malice and that they defamed Gibson’s bakery and the judge ruled as a matter of law that these statements that were made and distributed by the college were not protected opinion, they were not Constitutionally protected opinion because they stated facts about the history of Gibson’s that were factual statements.”

they were not Constitutionally protected opinion because they stated facts about the history of Gibson’s that were factual statements.”

I think there’s a “not” missing in the last dependent clause in the transcription of that sentence.

No. The sentence is correct as is.

Or could have meant that the false statements were presented as factual, not as conjecture or opinion.

Yes, they were factual statements, not opinion statements.

Yes, they were factual statements which were false. That’s what made them defamatory. This is what I’ve been hammering on all along: “Gibson’s is racist” is an opinion, and opinions can’t be defamatory. (Though, depending on the context, an opinion may be understood to imply unstated facts, which if false can be defamatory.) Here, though, there wasn’t just opinion, there were specific factual claims made. “Gibson’s has a long history of racist acts” is a factual statement, and it isn’t true. (If it were true you can be sure the college would have presented evidence of that. It didn’t even try.) Thus the defamation.

You’re just going to have to do it yourself Professor. Still waiting for Levin, Rush and Hannity to pick up on their end.

This may explain the “tone-deaf” e-mail following the verdict. They weren’t addressing the jury but were trying to rally their buds in the MFM to propagandize for them.

I contend that the only way for them to fix Oberlin College is a clean sweep of all administrators. They should at the same time not replace all the bloated administrative positions.

While we are waiting for the decision on punitive damages, I suggest looking at review-rating sites for both Gibsons and Oberlin College, helping Oberlin College be known for their true nature, and helping restore Gibson’s ratings.

People might start with Google maps, in that each building of the college can be individually rated.

I suspect that a class action lawsuit is in order, that Oberlin College’s actions have tarnished their name, and greatly degraded the value of their degrees.

Oberlin is not going to be “fixed”. It very well may die, but that’s the only “fix” that is ever going to be in its future.

And what would be left after the purge of progressives? A mediocre liberal arts school that costs ten times as much as Ohio State. The conservatory could survive – IF the college could survive the mutiny from their current ideologically possessed students. And that’s a big if.

As we have seen, there definitely are some great professors at the school who don’t buy into any of this BS. But what student is going to pay 60k in tuition to go to the school that used to be famous for progressive ideology? The college has no choice but to double down.

The problem with the conservatory, according to President Ambar’s long letter (blaming her predecessor for all the problems, as she took over the presidency), is that most of the students are on full scholarship or more, because they can’t expect to make any decent money with a BM degree.

They’re being subsidized, largely by the College. If the College becomes less desirable, that’s in trouble. A setup like Eastman School of Music at University of Rochester (a conservatory more elite than Oberlin’s), is probably more sustainable because the school of music is a smaller part of the university, rather than being half of it.

Oh, and because U. of Rochester still has a good academic reputation.

Michael Berry is a great guy and well suited to radio talk. He and his wife are both attorneys, IIRC, and they have a passel of children. Berry also features Shirley Q. Liqour aka Chuck Knipp who is outrageously funny.

Trust the New York Times to get it wrong–on purpose

The Daily Mail is not any better…

The Daily Mail panders to an audience with an IQ of…

I’m not at all surprised to hear that the media has gotten it wrong.

About a year after I graduated college I was a witness to 3 different news events that made the local (and in one case) the state media. All of the stories had significant factual errors and that really shook my confidence in the media.

I don’t believe that any of the factual errors were due to bias or malice; I think that by its very nature, media reporting is often poorly done and that’s before bias is involved.

Those who express puzzlement about how the media gets stories wrong when you know the facts should read Michael Crichton’s “Murray Gell-Mann’s Amnesia Effect”
“Briefly stated, the Gell-Mann Amnesia effect is as follows. You open the newspaper to an article on some subject you know well. In Murray’s case, physics. In mine, show business. You read the article and see the journalist has absolutely no understanding of either the facts or the issues. Often, the article is so wrong it actually presents the story backward—reversing cause and effect. I call these the “wet streets cause rain” stories. Paper’s full of them.
In any case, you read with exasperation or amusement the multiple errors in a story, and then turn the page to national or international affairs, and read as if the rest of the newspaper was somehow more accurate about Palestine than the baloney you just read. You turn the page, and forget what you know.”

What alternative do they have, after slandering Nicholas Sandman for less? Admitting that the college was culpable would be self defeating for their own liability of ten times as much.

The more I think about the case, the more I wonder if the college won’t end up on top from all this. All of these institutions – the media, the deep state, higher education, billionaire globalists – are in the same boat. They know that as soon as they start allowing rationality to invade their collectivist ideology of “we’re saving the world from evil, so the ends justify the means and collateral damage is an inevitability we’re willing to accept”, all of them will be culpable for their actions.

What that means is that they all are heavily invested in protecting each other. Thirty million might be a big burden for Oberlin, but by signaling to the collectivist progressives “We’re all in”, they will be protected as one of the tribe, and most likely be made whole again.
Because once the virtue signaling and group mentality stops working for one of them, all of the others will start to worry about whether the group will protect them if they are exposed. And once that fear starts to spread through their ranks, lots of people will be forced to take a serious look in the mirror and reconcile that their self-made identity of moral superiority was built on a group reinforced fantasy of lies.

The NY Times and other media outlets have access to the same facts as reported by Legal Insurrection. That they have chosen to frame the narrative as they have, leaving out key facts (the student was indeed shoplifting when he was chased down, and subsequently pled guilty to the crime) just goes to show once again that the MSM isn’t actually interested in the truth or justice. They are interested in perpetuating the “us vs. them” division in any way they can.

Hillary was really funny when she talked about deplorables while embracing deplorables as her comrades in arms.

Whenever I see a story about a business being harassed by “activists” I automatically assume that the business is being unfairly targeted and victimized. It ALWAYS turns out to be the case…college kids are morons…too morononic to see that THEY are the tools and not the craftsmen.

They are not always morons—but they are always hot-tempered, judgmental, and totally unaware of the fact that they are still too young to be possessed of the wisdom they are sure they already have. Young people have forever been thus, but today the majority of them have never been told that they might not yet have the precious elements of judgment and something called ‘wisdom.’

This is probably another case of deliberate obfuscation, but you can always count on the media to get legal matters wrong anyway. Either they won’t pay enough to get a journalist who understands even the basics of the law, or they assume that their readers are so stupid that they won’t understand when they make obvious misinterpretations of court decisions. This is particularly glaring whenever there is an important Supreme Court decision: the clowns don’t seem to grasp the difference between the Court’s ruling and dicta buried somewhere in one of the opinions.

Regardless of how large the award, it will not give pause to the Left. To effect the Left, the consequence has to be personal. Gibson’s should now bring individual defamation suits against every administrator involved in this debacle.

Accountability must be personal.

Oberlin’s fomenting administrators maliciously bore ‘false witness’ and the only proportional consequence is that their reputations suffer the same condemnation that they brought upon Gibsons.

An eye for an eye people. You turn the cheek when it will bring peace not when the aggressor is ideologically committed to enslaving/eliminating you.