Stories that can’t be heard 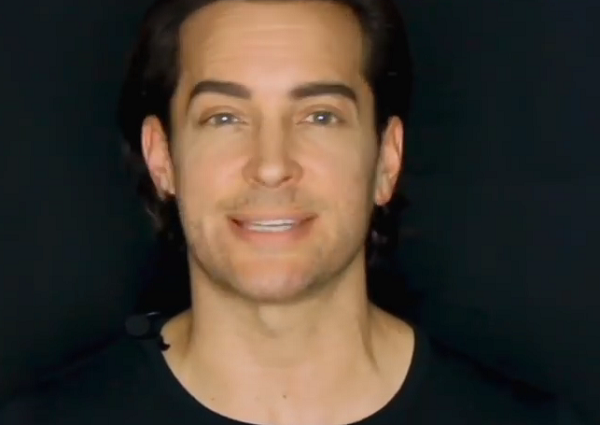 Brandon Straka is the founder of the #WalkAway movement. A gay man and former liberal, Straka recently left the Democratic Party and made a YouTube video about his defection and the reasons for his change of mind. The video went viral and started a movement in which people who have made a similar political switch have made their own videos explaining their own paths to political change.

For obvious reasons, Straka and his group are a thorn in the side of the left and the Democratic Party, both of which count heavily on certain demographic populations and interest groups being almost 100% in the fold.

So Straka and his group have been under attack for a quite while in an attempt to discredit them. The latest skirmish in this campaign involves the cancelation of an event that was scheduled to have taken place at the LGBT Center in Greenwich Village. The cancelation happened just days before the event had been due to occur, and it was supposed to have involved Straka, two other gay men, and a transgender woman talking about the reasons they left the Democratic Party.

“I’m considered a traitor. [The community] wanted to silence me, they wanted to roll over me and make me disappear,” said Straka, who is seeking $20 million in damages.

He alleges that the LGBT Center caved to pressure from liberal activists who, Straka said, “mounted a smear campaign.” Some 280 people signed an open letter to the center, demanding that the event be canceled. The letter refers to Straka and his panelists as “racist” and “transphobic.” (One of the panelists, Rob Smith, is black.)…

Per the complaint, “the LGBT Center, which ostensibly cultivates a welcome environment for all members … violated their own mission in addition to engaging in unlawful discriminatory practices by specifically targeting particular members of the LGBT Community whose … identity does not conform to the subjectively homogeneous community for which they advocate.”

The reason the LGBT Center gave for the cancelation is that the Center is able to cancel any event that “promotes discriminatory speech or bigotry; negatively impacts other groups or individuals … [and/or] would make many of our community members feel unsafe.” Straka in turn alleges that the Center’s statement about the reason for the cancelation of the #WalkAway event was “intentionally defamatory.”

I cannot predict how Straka’s lawsuit will ultimately go. But although the idea that he and the other gay, transgender, and black members of his group are racist or transphobic seems preposterous, it no longer shocks. It’s the sort of story heard all too often these days; anyone who goes against the liberal line is labeled a bigot even if that person belongs to the group against which the person is supposedly prejudiced.

And the most terrifying people of all to the left are those who are members of groups the left feels it owns and yet who have dared, like Straka, to defy the party line. The left hates those who once were members but have since left the fold, and their very existence threatens the left’s reliance on the monolithic support of particular groups.

The Donald over at Reddit is full of walk-away stories, from all over the political spectrum.

DJT did not win, and could not have won, the 2016 election, without the votes of Liberals, Libertarians, women, gays, blacks, asians, and any number of other subgroups of patriotic Americans who simply want the government to work better.

I’m a Liberal, and I see DJT’s policies as substantially the same as the policies promised but not implemented by what used to be my Democrats. My self-styled Conservative counterparts love the way he is implementing the very same set of policies.

Meanwhile, we all have to wonder why the Democrats at the national level are acting like Looney Tunes. The tantrums and lying do not play well among the voters.

notamemberofanyorganizedpolicital in reply to Valerie. | June 20, 2019 at 3:43 pm

Valerie, just think about it.

Not even 2 complete decades back, and all of what President Donald J. Trump is doing now would have been considered
LIBERAL in the original meaning of that term.

I have come to believe that federal level politics is NEVER about fulfilling a politicians obligations/promises to the citizens, from their Point-Of-View. Rather, the politics is only about ‘POWER’ – who will be the puppeteer during a given election cycle. The policies and needs remain the same but solutions can only change depending upon the Puppet Master. Therefore you get Pelosi fighting with Trump or Schumer voting down what they voted for just few years ago.

Viewed objectively, the actions of the left are silly and childish. It’s great to call them out and even better to recover some good money so it is less likely to happen again.

The letter refers to Straka and his panelists as “racist” and “transphobic.”

At least it didn’t call him “self-loathing”. That’s even dumber than this decade’s favorite go-to putdown, “narcissist” (a term which at least can mean something, even if it usually doesn’t). Damn, I’m tired of trite, meaningless pap.

The effect of self-loathing is only to the self whereas racist affects entire groups.. Not enough victims to rile up. 🙂

Apostates are viewed as far worse than the infidel, who never signed up for the whole inter-sectional enchilada in the first place.