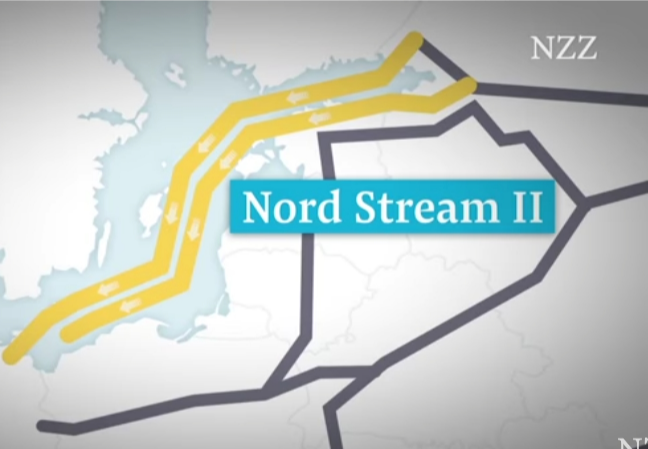 In a rare showing of bipartisan consensus, several U.S. lawmakers have called upon Germany to reconsider the Nord Stream 2 pipeline project, the German broadcaster Deutsche Welle reported. “For once, Democrats and Republicans in the US agree on something: The project is a really bad idea,” the public broadcaster added.

In February, the European Union had revised its energy guidelines to approve the Nord Stream 2 project, a 760-mile Baltic Sea pipeline that upon completion will link Russia to Germany. Close to 60 percent of the project has already been realized, the oil and gas journal Offshore reports.

German broadcaster Deutsche Welle reported the comments made by the U.S. lawmakers:

Neither Republican nor Democratic lawmakers are shy about voicing their opinion on the proposed project. “Putin’s pipeline is a trap,” Wyoming Republican Senator John Barrasso told the energy and environment website E&E News in May, adding: “Germany seems to be willing to put its head in the noose. I think it’s a terrible mistake.”

Recently, Democratic Senator Jeanne Shaheen of New Hampshire joined forces with Republican Senator Ted Cruz of Texas to put forth a bill that would sanction companies involved in building the pipeline. Shaheen claims Russia is looking to use cheap gas as a way to monopolize the European energy market, threatening stability in the region. She says the US cannot simply look the other way “while the Kremlin builds this Trojan horse.”

Grigas also has concerns about the project. “Nord Stream 2 is a bad deal for Europe and for Germany. It would strengthen Russia’s political influence in Germany and allow the flow of corruption into Europe,” she said.

Grigas added that Germany’s efforts to bring about peace in Ukraine, while at the same time putting cash in Kremlin coffers with Nord Stream 2, is a paradox. She said Germany must wake up to the fact that there are “more gas exporters” on the market today, and that Berlin doesn’t have to make itself dependent upon Russia to cover its energy needs.

Germany is the biggest consumer of Russian gas. Berlin’s dependence on Moscow is expected to grow as Chancellor Angela Merkel embarks on her radical green energy plan, or the Energiewende, sweeping aside conventional power stations to make way for renewable energy sources.

But Chancellor Merkel’s ambitious ‘green new deal’ is widely expected to fail, leaving Germany vulnerable to Russian blackmail. “The state has redistributed gigantic sums of money … to the operators of renewable energy facilities. But without the subsidies, operating wind turbines and solar parks will hardly be worth it anymore,” German weekly Der Speigel noted last month. “Soon, the coal- and natural gas-fired power plants that have traditionally been used to maintain grid stability in such periods will no longer be there, and a solution must quickly be found to address the issue.”

“European Union reliance on Russian gas presents risks for Europe and the West as a whole and makes us all less secure,” U.S. Ambassador to Germany Richard Grenell wrote in a guest column for the Deutsche Welle earlier this year.

In Europe, Poland is the most vocal critic of the Nord Stream on the grounds of national security. Watching Germany and Russia hobnobbing once again raises historic anxieties among the Poles.

The pipeline “should not be realized,” Polish President Andrzej Duda told his German counterpart Frank-Walter Steinmeier during a visit to Berlin last October. Berlin and Moscow were “tighten(ing) the noose around our neck with the help of Nord Stream 2,” the former Polish Defense Minister Antoni Macierewicz was quoted saying by a Russian state broadcaster last year.

President Donald Trump also considers Russia’s Baltic Sea pipeline a threat to the European security. “Germany, as far as I’m concerned, is captive to Russia because it’s getting so much of its energy from Russia,” President Trump said during the last year’s NATO summit in Belgium. Germany pays “billions of dollars to Russia, and we have to defend them against Russia,” he added referring to Russo-German pipeline project.

Trump: Germany is a ‘captive of Russia’

Any this surprises us? The EU is not our friend.

notamemberofanyorganizedpolicital in reply to MarkSmith. | June 26, 2019 at 3:12 pm

Time to realize that the Fourth German Reich has conquered and occupied the EU for many many years now.

I’m sure the world will breathe a lot easier once Frau Merkel and Putin sign their non-aggression pact. [sarcasm intended]

oh, that had me snorting; glad I had already swallowed!

This is the very thing that Trump cited when he challenged the EU countries to pay up their NATO dues, particularly Germany. Why is the US paying to protect Europe from an enemy they are abandoning the US to make major investments with? What happened to the EU “green” economy? Don’t you like our natgas? We have more of it than the Russians and we aren’t out to destroy you.

Russia, Germany…seems like those two have been mentioned in recent history. Ad Iran to the mix and an axis is formed.

Nord Stream is the final step in Stalin’s conquering of Europe. It is important to remember that although we won WWII with unconditional surrenders by Japan and Germany, we lost most of Europe to the Soviets. We really need to rewrite that part of history. That is what dismayed Churchill and Patton.

Nordstream II (notice the II) does not change the reality of European dependence on Russian oil. The new pipeline along with the one across Turkey is designed to avoid Ukrainian interference with shipments to Europe, which included actual theft of fuels.

Considering the US’ refusal to be bound by any treaty, Germany and the EU are wise to diversify their sources of oil and gas. Most NATO members would be better off if they left the Organization.

I know one country which would be better off without NATO membership. The one which bankrolls the whole damn charade.

What are you talking about? If it’s Obama’s “help Iran build nuclear tipped ICBMs” agreement that wasn’t a treaty. Obama didn’t submit it for ratification because he knew it was so terrible that the Senate would never ratify it. Worse than Neville Chamberlain’s “Peace in our Times” treaty. This treaty guaranteed that Iran would end up with nuclear tipped ICBMs. Anyway, it wasn’t a treaty.

The Germans are almost identical to democrats in the USA, corrupt to the core and communist.

We should pull everything we have militarily from Germany. Now. They are not our friends or allies.

No, they are not. I spent 27 years in Old Europe, the lion’s share defending a country and people who I came to realise hated us and who didn’t deserve our protection. It took me a long time to figure that out, though. My ancestors were much more clever. They figured out Europe rather quickly, which is why they left in the first place, G-d bless them.

“…which is why they left in the first place, G-d bless them.”

I often say the freedom genes left Europe a long time ago.

I have uncles that were career military spending something near 40 years in Germany. No, the Germans didn’t deserve it, but at the time it was important to us, so not a waste. Your 27 years helped protect us and keep us free. For that I thank you.