“Today and every day, we recommit ourselves to defending the self-evident truth, boldly declared by our Founding Fathers, that all people are created equal.” — President Trump 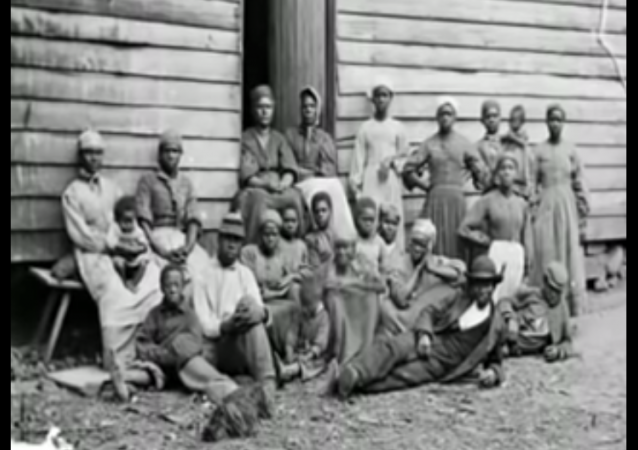 I first blogged about Juneteenth in 2015. As I noted then, the day’s significance is almost criminally under appreciated.

Over the last few years, the 19th of June and its significance, are slowly gaining national popularity, reverence, and acknowledgment.

Because there are only so many ways to recount historical events, my post from 2015:

Through the course of conversation, I found many of my freedom-loving friends had never heard of Juneteenth.

Being a native Texan living right up the road from Galveston, maybe I’ve taken for granted that the 19th of June has always been a day of significance and celebration. President Lincoln issued the Emancipation Proclamation on January 1, 1863 two years into the Civil War, but the proclamation’s issuance didn’t trigger nationwide freedom for the enslaved.

While the Civil War came to a welcome end on June 2, 1865, it wasn’t until June 19th that the last slaves learned they were free. It was on Juneteenth that Union General Granger read “General Order No. 3” on the balcony of Galveston’s Ashton Villa.

The people of Texas are informed that, in accordance with a proclamation from the Executive of the United States, all slaves are free. This involves an absolute equality of personal rights and rights of property between former masters and slaves, and the connection heretofore existing between them becomes that between employer and hired labor. The freedmen are advised to remain quietly at their present homes and work for wages. They are informed that they will not be allowed to collect at military posts and that they will not be supported in idleness either there or elsewhere.

The day has been celebrated ever since.

You can watch Part 2 and Part 3 by clicking the links.

Melania and I send our best wishes to those celebrating Juneteenth.

On this day in 1865, Major General Gordon Granger of the Union Army arrived in Galveston, Texas, to declare the end of the Civil War and issue a long-awaited order freeing the remaining slaves in Texas. Although President Abraham Lincoln had issued the Emancipation Proclamation more than two years earlier, the freedom of most slaves depended on the advancement of the Union Army, which brought with it enforcement of the Proclamation. In Texas, General Granger’s order was a major step in our Nation’s effort to abolish slavery forever.

This historic moment would not have been possible without the courage and sacrifice of the nearly 200,000 former enslaved and free African Americans who fought for liberty alongside more than 2 million Union servicemen. These brave individuals fought to defend the God-given rights of those unjustly held in bondage.

As a Nation, we vow to never forget the millions of African Americans who suffered the evils of slavery. Together, we honor the unbreakable spirit and countless contributions of generations of African Americans to the story of American greatness. Today and every day, we recommit ourselves to defending the self-evident truth, boldly declared by our Founding Fathers, that all people are created equal.

Juneteenth is a testimony of how an imperfect nation bore the pain of death and division so that the right of liberty might expand its reach.

“But what a feeling can come over a man just from seeing the things he believes in and hopes for symbolized in the concrete form of a man. In something that gives a focus to all the other things he knows to be real. Something that makes unseen things manifest and allows him to come to his hopes and dreams through his outer eye and through the touch and feel of his natural hand.”

Kemberlee, you are right…it has always been big in Texas.

“”that they will not be supported in idleness either there or elsewhere.”” (Until LBJ gets to be President).

Yes, that jumped out at me too when I read it. Sound government policy, “they shall not be supported in idleness” was inverted for the benefit of re-enslaving them for the benefit of the democrat party. The consequences of 1960’s welfare policies, disincentivizing marriage and labor have been more devastating to the inner cities than any overt racist policy since slavery. One of the things that brings this out is the movie “Hidden Figures,” where you see intact black families from the early 1960’s prosper amidst racist attitudes – not long after that such families became too much of a memory.

txvet2: with the support of many Republicans.

The Democrats controlled both houses of Congress. Stop trying to shift the blame.

Juneteenth is a real holiday commemorating a true event that is actually important.

Unlike Kwanzaa, a fake holiday cooked up by a racist American communist determined to revive slavery.

Even just 30 years ago or so, I don’t think anybody outside of Texas knew about this, it was just one of our things. It’s amazed me to see this turn into a national thing over the last few years. Of course my town had a BIG parade and everything for it last weekend.

Everybody loves a Parade!

While this might be of some significance in Texas, Juneteenth [06/19] is not really an appropriate date to celebrate, if one wants to memorialize the end of legal slavery in the United States. If one really wanted to celebrate the end of slavery in the US, then December 06 (1865) might be more appropriate. This was the date that the 13th Amendment was finally ratified and the last legal slaves, in the US, were freed. People always seem to forget that the Emancipation Proclamation only applied to states in “open rebellion” against the United States. Its main purpose was to instigate a slave revolt in the Confederacy. And, the Confederate States of America was actually a sovereign nation, in 1863, it only applied to areas controlled by US forces.

I’m sorry, but slavery has been outlawed, in the US, for 155 years. 365,000 Union soldiers died and 282,000 were wounded, many crippled for life, to end slavery. Then there was the civilian casualties, including slaves who died from disease in the South. So, if we assume that the Civil War was fought for the purpose of freeing black slaves, I think this nation has more than paid the price.

When asked about Juneteenth, barry obama answered that it was the 13th month of the year, as noted in calendars in all 57 states. Unless you’re a man dressed as a woman, in which case you can say it’s whatever date you want.

Growing up in Houston Juneteenth was celebrated in the 60s as well as Confederate Soldiers day and Go Rodeo day. It just was. As well as the county P-farm convicts cutting down weeds along the bayous, gullys, and roads; Texas prisons operating their own farms, raising cattle and growing cotton to make their own clothes – kind of like the back-to-local movement of today. Also didn’t have air-conditioning except at large public buildings, like movie theatres and Herman professional building. A lot slower pace when you didn’t have a/c…

Juneteenth is a freedom holiday, and well worth celebrating. it also falls at a better time of year than some day in December. Watermelons ripen just about then, and so people would not pick or eat watermelon until then.

Much later, ignorant people would claim that those pictures of smiling black children and slices of watermelon were stereotypes and racist. Some people don’t recognize joy in liberty when they see it.

Our little dot on the map has been having a Juneteenth Celebration since the 70’s (might be longer, but I can account for that many).

Going up in Yankee New England, I do not recall ever hearing about “Juneteenth”. My part of the country never had slavery.

Well, don’t feel left out. Senator Elizabeth Warren is working to bring back slavery – for everyone.

@ Geologist know something before you run your mouth.
http://www.medfordhistorical.org/medford-history/africa-to-medford/slaves-in-new-england/