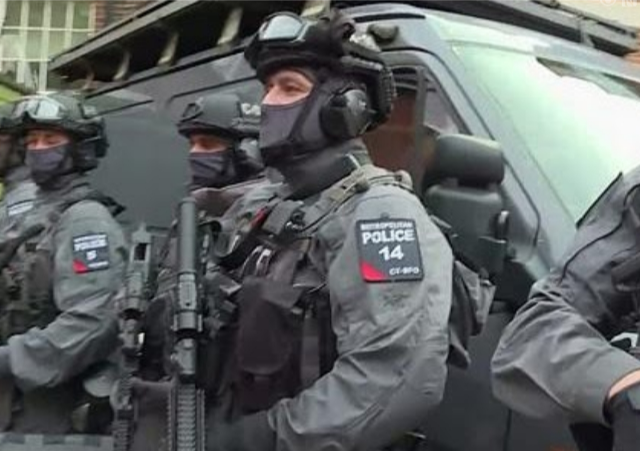 The British intelligence service and the Metropolitan Police uncovered a secret bomb factory in North West London in the autumn of 2015. They recovered thousands of packets containing ammonium nitrate, an explosive ingredient often used in homemade bombs.

The details surrounding the perpetrators of the terror plot also point to a cover-up. The police allowed the prime suspect to walk free. Authorities released the man on bail and “decided not to press any charges.” The information did not include his name and nationality.

The Daily Telegraph disclosed the details of the 2015 terror plot:

Terrorists linked to Iran were caught stockpiling tonnes of explosive materials on the outskirts of London in a secret British bomb factory, The Telegraph can reveal.

The plot was uncovered by MI5 and the Metropolitan Police in the autumn of 2015, just months after the UK signed up to the Iran nuclear deal. Three metric tonnes of ammonium nitrate was discovered – more than was used in the Oklahoma City bombing that killed 168 people and damaged hundreds of buildings.

According to media reports, the UK Intelligence services stopped the bomb plot based on the information from “a foreign government.”

“MI5 worked independently and closely with international partners to disrupt the threat of malign intent from Iran and its proxies in the UK,” The Sun reported quoting a British Intelligence source. Israeli public broadcaster Kan confirmed that Mossad, the country’s intelligence agency, tipped off the British authorities about Hezbollah’s stockpiling of explosives in London.

The British government’s decision to keep the 2015 Iran-linked terror investigation under wraps has raised questions about a potential cover-up to facilitate the Iran nuclear deal. The terror raid took place in September 2015 “just months after the UK signed up to the Iran nuclear deal,” the Daily Telegraph noted. The newspaper asked, “whether senior UK government figures chose not to reveal the plot in part because they were invested in keeping the Iran nuclear deal afloat.”

So while Prime Minister Theresa May advocated a nuclear deal with Tehran, Hezbollah stashed tons of explosive in the British capital. May’s government has firmly backed the Franco-Germany push to save the faltering Iran deal.

The UK banned Hezbollah last month, making membership of the terrorist group a criminal offense that carries a sentence up to 10 years. The terrorist outfit Hezbollah can freely operate across the European Union under the guise of its “political” wing. Last week, the German parliament rejected a bill that would outlaw the terrorist group in the country. Chancellor Angela Merkel’s Christian Democrats and left-wing political parties opposed the bill tabled by the right-wing Alternative for Germany (AfD).

The UK, France, and Germany are working on a payment system to bypass U.S. sanction on Iran. Tehran has threatened to quit the 2015 nuclear deal if European powers fail to compensate the financial perks extended to the regime under the Obama administration.

“The UK, France, and Germany are working on a payments system to bypass U.S. sanction on Iran. ”

If this is started, we should make no further payments into NATO, ever. They’re on their own with their new partner and best friend, the Islamic Republic of Iran.

You fucking better believe they did! And what the fuck for?

For no other reason than to give the black baby jesus a legacy and to also prove just how disconnected they were from reality.

None if this big brain dim fucks learned anything from Nevil Chamberlain and his failed appeasement strategy…not ine fucking thing learned! C#nts!

notamemberofanyorganizedpolicital in reply to mailman. | June 11, 2019 at 4:57 pm

You mean they are sucking up to the anti-Christ……..

According to media reports

the Daily Telegraph noted. The newspaper asked, “whether senior UK government figures chose not to reveal the plot

Nothing like what I’d call a “primary source” in there, just stuff from the press or (putatively) “intelligence sources”, neither of which can be believed.

I have no problem with pinning it on the Perks, but that doesn’t justify an assumption that it’s real.

What a despicable comment. What evidence is there that this was a Mossad plot.

Nobody’s presented any evidence at all. Which should be obvious to anyone who bothers to read the article.

Since when do any of the above countries agree on anything – let alone appointing a EU (Brit) representative unprecedented negotiating power? Tell me the fix wasn’t in.

The Chinese – both reds and whites – hate the Brits. The opium, the extraterritorial cities like Shanghai and grievances dating back 200 years. But here they are, playing patty-cake. And we’re to accept such ridiculous pretenses. And the dang media? Frak.