Several victims reported nausea, vomiting, and diarrhea, which are consistent with methanol poisoning. 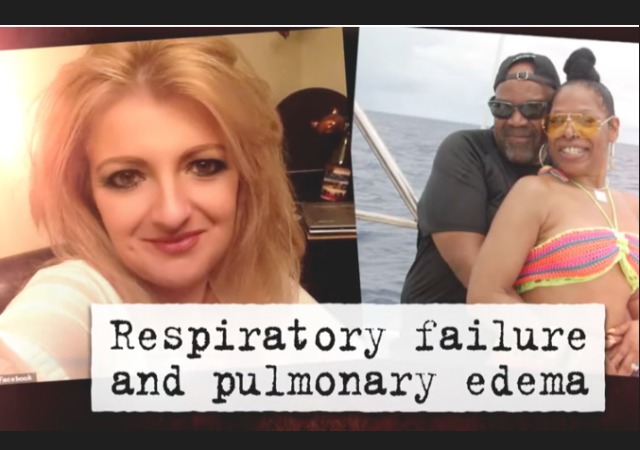 Over the past year, seven American tourists have mysteriously died while vacationing in the Dominican Republic, and federal authorities are now weighing the possibility that poisoned alcohol may be the cause.

Officials want to know who supplied the alcoholic beverages the victims drank in the minutes and hours before their deaths over the past year — and if the drinks had any dangerous chemicals in them, law enforcement sources said.

The FBI is assisting and will take blood samples from the dead back to its research center in Quantico, Va., a source said.

The Dominican government insists the fatalities are isolated incidents, while reps for both of the resorts where victims have died — the Hard Rock Hotel & Casino and Bahia Principe — described the deaths as simple accidents.

But most of the deaths bear similarities, as they involve apparently healthy adults — at least some of whom drank from their hotel room minibar before suddenly becoming gravely sick.

Several of the deceased reportedly drank from their hotel room minibars before becoming ill.

The most recent deaths – the latest reported on Monday – have drawn attention to earlier deaths of American tourists at the two island resorts that received no publicity at the time but some of which are now considered suspect.

Five Americans have died this year alone between April and June at the resorts, while two others were reported in June and July last year.

Many of the victims apparently suffered nausea, vomiting, and diarrhea, which is consistent with methanol poisoning. Methanol, which is infamously known as “wood alcohol,” is often a contaminant in bootleg alcohol. It is toxic, and less than 1 ounce is potentially fatal if drunk.

Methanol consumption can cause a wide range of symptoms including dizziness, coma, seizure, abdominal pain, gastrointestinal bleeding, kidney failure, and effects on the heart and respiratory system. The effects experienced will vary, depending on dose and an individual’s sensitivities to the substance.

Other tourist destinations have been hit with reports of methanol poisoning. The family of a British backpacker who died after drinking gin in Indonesia that had been mixed with methanol launched a campaign to warn travelers of the dangers of fake alcohol.

Cheznye Emmons, 23, was fatally poisoned after drinking the counterfeit gin, which she bought from a shop in a sealed bottle sporting a familiar brand while travelling in Indonesia in 2013.

. . . . The practice is common in many parts of the world. However, Indonesia has recently been singled out following a number of deaths and cases of serious illness of locals and foreigners.

Some fake alcohol on sale in Indonesia has been found to contain concentrations of methanol 44,000 times above safe levels.

Another case involved Hannah Powell, who drank methanol-contaminated alcohol during a bar crawl with two friends in Zante, Greece, in August 2016. She initially went blind and experienced kidney damage as a result of the exposure.

“Apparently mafia gangs make it in the woods and sell it to the bars for cheap – and the bars fill up their stock with it,” Hannah explains.

“So if you’re a customer you think you’re buying a legitimate Smirnoff vodka but it’s not.

“They put it in Smirnoff bottles, real bottles, so you’ve no reason to think it’s not what it is.

“It just makes it go further for the bars. They don’t have to give you the normal quantity, they can give you much less because it’s much stronger.

Robin Bernstein, the U.S. ambassador to the Dominican Republic, confirms that the FBI is conducting toxicology analyses that may take up to a month to complete.

My hypothesis is insecticide poisoning. Bed bugs are notoriously difficult to get rid of without DDT. So hotels in 3rd world countries use multiple insecticides and very large doses. Combine that with enclosed air conditioning and you have just created a nerve gas.

Having been an NBC (nuclear, biological, & chemical) warfare NCO in a mech infantry battalion, the initial reports suggested nerve agent to me as well. Many pesticides are exactly that.

notamemberofanyorganizedpolicital in reply to DaveGinOly. | June 17, 2019 at 1:27 pm

They are nerve gas to kill insects.

The news reports suggest American tourists are being targeted. Are tourists from other countries meeting similar fates? How about the locals working in the same resorts? Are they keeling over, too?

This article suggests they are, but it’s not in our news.

This latest appears to target Americans.

Environmentalists say carbon is bad, right? Methanol has only one carbon in the molecule, ethanol (drinkable alcohol) has two, so methanol is cleaner and greener!

“Cheznye Emmons, 23, was fatally poisoned after drinking the counterfeit gin, which she bought from a shop in a sealed bottle sporting a familiar brand while travelling in Indonesia in 2013.”

Sealed bottle, familiar brand, those are the ways I would try to protect myself. Conclusion: if you go to any country that isn’t very reliable,

I hardly even drink here. Why should I drink there with all the added risks?

Haiti shares that Caribbean island with the Dominican Republic, so they’re quite the pair.

“The Dominican government insists the (seven) fatalities are isolated incidents,…”

Wrong answer. One is tragic. Two is suspicious. Three is a pattern.

I’ll stick to the good ol’ USA for vay-cay days. At least here in the Ozarks, we come by our illegitimate moonshine legitimately.

What was the cause of the bad hooch in Mexico a few years back? Did that end up being wood alcohol from the actual legit distributors?

Technically, all alcohol is poisonous. It’s just that our livers can process ethyl alcohol better but at a cost of damage to the liver just not as quickly as the other alcohols.

It’s one reason why abstinence is the best practice. Or at least moderation. But not in dodgy criminal places like Dominican Republic and other places with poor attitudes and corrupt government officials and Police.

Stay home. Plenty of places to visit here in the good ol’ US of A.

I know that sounds prudish but do you really need to poison yourself?