Sanders has stressed that holding centers are not meant to hold people for days and that constantly changing policies has not helped the situation,. 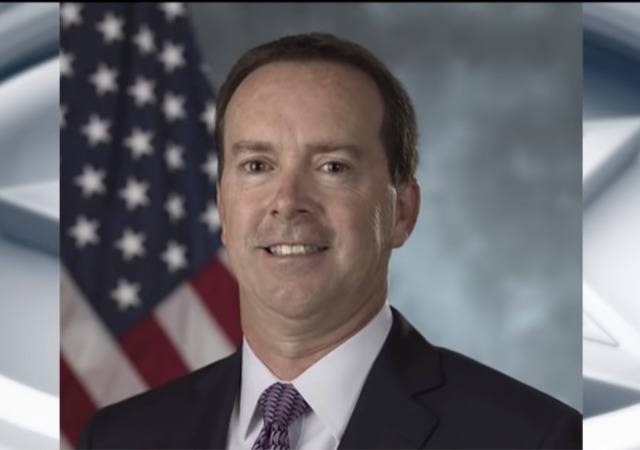 Acting Customs and Border Protection Commissioner John Sanders resigned on Tuesday, which goes into effect on July 5, amid detention center controversies at the US southern border.

President Donald Trump knew changes would come to the agency, but he tried to convince Sanders to stay on the job.

Sanders joined CBP a year ago. His first role included “integrating technology and other management functions across the agency.” Trump elevated Sanders to acting CBP chief after he promoted the previous chief Kevin McAleenan to DHS secretary when Kirstjen Nielsen resigned.

Lawyers who visited facilities where migrant children were being held last week described squalid conditions to The Associated Press, which first reported on the complaints. The conditions at the station in Clint included inadequate food, lack of medical care, and older children trying to care for toddlers.

Many children were moved out of the facility in recent days. But CBP then said officials had moved more than 100 kids back to the station.

Trump said he was “very concerned” about the current conditions of border detention facilities, but claimed they were even worse during President Obama’s administration.

The resignation came as House lawmakers were scrambling to pass a $4.5 billion funding bill to combat the escalating humanitarian crisis at the border — with Republicans accusing Democrats of “playing games” with the crisis, and Democrats urging their GOP counterparts to “show some decency.”

“I’m calling on the speaker not to play politics, to take the Senate bill and that can become law, and that can help humanitarian aid along the border,” House Minority Leader Kevin McCarthy, R-Calif., said at a Republican press conference. “This is not the time to play politics.”

An internal government watchdog discovered that 900 people lived in a space for 125 people at a CBP holding cell in El Paso, TX, in May. Others witnessed adults “held for days or weeks in standing-room-only conditions.” Some of them had to stand on toilets in order to make space.

Sanders said that the agency became “overwhelmed by the scale of the crisis as well as turmoil and frequent changes in policy direction inside the Trump administration, according to people familiar with the agency’s leadership.”

These holding cells are not meant to hold people for a long period of time. Maybe a few hours, but definitely not days.

You know what I find pathetic? Both sides just want to stick it to the other. Brandon Darby, who covers the border for Breitbart Texas, sent out this tweet:

Listen to yourselves on the border issue.

How about a conversation on how to fix it instead? Something productive that doesn’t just benefit your political party.

“The border“ isn’t the problem. The border is where the symptoms of the underlying problems manifest most visibly. Extreme poverty and transnational organized criminal networks feed off each other and our border won’t be secure until those two issues are better addressed.

This situation stems back years. It is only at the forefront now because ORANGE MAN BAD or something.

Symptom. Now to diagnose and treat the diverse causes of immigration reform.

“The border“ isn’t the problem. The border is where the symptoms of the underlying problems manifest most visibly

Sanders was one of the traitors leaking documents and torpedoing POTUS. That´s why Trump made him Acting Border Chie: to expose his Resistance colors.

The border is both a symptom AND a cause of the problem.

The border is overwhelmed because a huge number of people try to cross it with the EXPECTATION that they will be allowed to stay.

And because in its current state, the Border Patrol simply cannot handle the number of people trying to cross, more people are able to cross the border and stay.

The answer to this is the same as it has always been.

Enough with this bleeding heart bullshit, catch and release, and ‘BUT THINK OF THE CHILDREN’.

You cross the border illegally you get thrown back. PERIOD. Regardless of age, sex, or whatever BS story you make up to try to claim asylum.

You apply for entry from the other side of the border. You cross illegally at any point, you are barred for life from entry.

When people stop having an expectation they will be able to cross illegally and stay, THEY WILL STOP CROSSING ILLEGALLY.

Too bad we signed the Ottawa Treaty. Bouncing betty’s are a pretty good deterrent. This insanity simply must end!

Yea, like that treaty thing matters a bit. BTW, understanding, deploying, and effective use of “Bouncing Betty’s” is in the 4th week of AIT for Combat Engineers. Or at least it was in the Early 90’s when I spent a beautiful summer at Fort Lost in the Woods, Misery.

Okay, this is new to me. What is the Ottawa treaty?

Washington Post whines this latest is part of a wider TrumpPurge of DHS.

“Sanders said that the agency became “overwhelmed by the scale of the crisis as well as turmoil and frequent changes in policy direction inside the Trump administration, according to people familiar with the agency’s leadership.””

These people asked, nay, demanded to come in; broke laws to come in; brought nothing to the table to come in; surrendered themselves into custody to come in; yet now, it’s OUR FAULT there’s no well-established Maslow system of provisions for them?

Should we treat our fellow humans with kindness, compassion, and respect? Absolutely. But that’s a two-way street, isn’t it? Yes. yes, it is.

Three/fourths of my paternal grandparents were born in Ireland. I haven’t checked when they became citizens, but I suspect that they played by the rules. My mother was born in Latvia, met my Dad in Europe after the war, and they obeyed all the Army rules about her coming back to the US. Mom also became a citizen as soon as possible.

I think that many people have either played by the rules or had relatives within a generation or two that also obeyed the rules. Those people are the ones that the Rs need to get on their side. But, I suspect that many of us already are there.

IF the left would have stepped up to the plate rather than say this was made up this wouldn’t even be happening now.

Good riddance. The rapid turnover in all the departments is indicative of just how ‘deep’ the Deep State actually is. President Lincoln had to go through a bunch of incompetent officers until he found the ones who were both able and willing to see the job through to a successful conclusion.

Appoint a retired general to lead this battle, because a battle is what it is.

All illegals should have to outside America for entry, including children. That those children’s parents sent them here is in its own right a sign that they and their children do not deserve to be here.

`It sounds like, in effect, the blame is being laid upon efforts to halt the for-profit smuggling of children into the United States, and the Pelosi bill’s central feature is to end these efforts by handing the children to whomever claims to be the parent(s), no questions asked. And of course it’s immortal to detain anyone claiming to be such a parent, no questions asked. Just wave them all in.

Therefore, Sanders’ point is that changing policies to fight human trafficking is clogging up the works and making conditions worse because the numbers are beyond what they can cope with anyway. Sounds about right, or am I missing something important?

So is this the guy that was leaking the info on raids and deportations?

That is McAleenan. However they might be working together.

Get someone from the military. And start English language instruction.

Enter the Queen of Virtue Signalling. The Crazy Eyes Freak from New York.

This is the inevitable consequence of the democrat strategy to dissolve our borders at all costs. This is the optics they want.

The dems are doing this intentionally. Crocodile tears.

So, I repeat, when does War begin with Mexico?

I’m disinterested in this suicide pact the dems and GOPe have signed us up for.