More women waiting until later in life to have their first child. 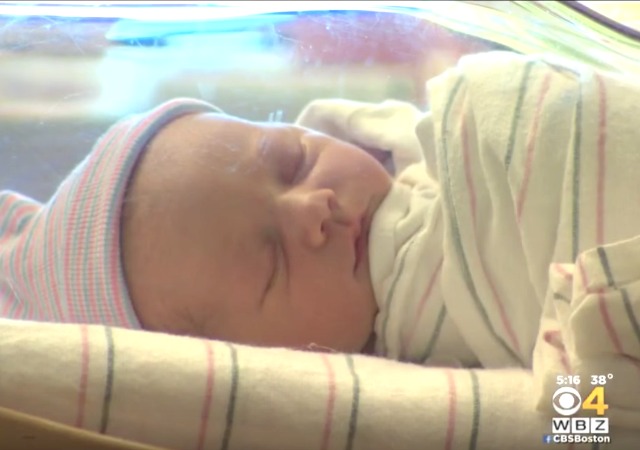 A study from the Centers for Disease Control and Prevention’s National Center for Health Statistics found that women only gave birth to 3.79 million babies in 2018, which is a dip of 2%. We have not seen that low of a birth rate since the 1980s.

The fertility rate, which they measure by “the number of births per 1,000 women ages 15 to 44,” went down to 59%. That is the lowest percentage ever since the federal government began to keep track of those births.

The birth rate has fallen four years in a row. Professionals believed a booming economy would lead to more births, but that has not happened. In fact, it could have had the opposite effect. With a great economy, more women may choose to stay in the workforce to further their careers than take time off in order to grow a family.

Lower birth rates among women in their teens and 20s affected the numbers the most. The birth rate for women between 15 and 19 fell 9%. 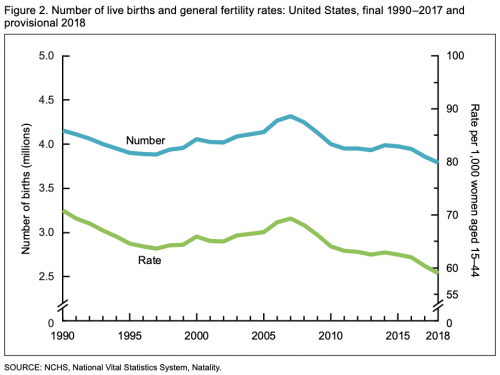 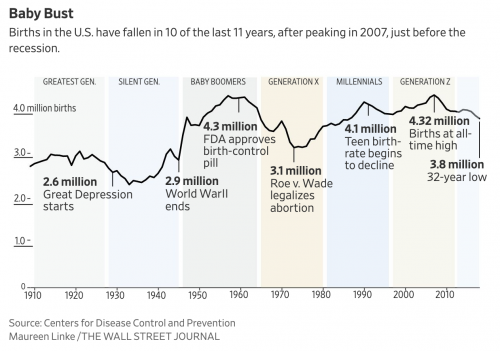 More women have waited until their late 20s to have their first child. Back in 1968, the majority of women had their first child at around 21. In 2017, that number jumped to 26, which is the biggest jump between the years of having other children.

I do not find that number surprising since more women have chosen to attend college and receive their bachelor’s degree. Then they tend to find a job and settle into the real world before getting married and having children.

Plus, as women wait later to have children, most choose to not have many children. High risk pregnancy usually begins at the age of 35-years-old. Women generally have less complications in pregnancy between their late teens and early 30s.

Immigration has helped grow America’s population, which is why the country remains “in a better place than other nations with falling fertility rates that are beginning to see the impact on their societies and economies, such as Japan, Hungary or Spain.”

It is not enough, though. The birth rate among Hispanic women went down 1%, which affected the overall birth rate number. From The Wall Street Journal:

Last year the number of births to Hispanic women fell 1% to total about 886,000. That is partly because the recession and subsequent tightening of immigration rules have slowed the flow of Hispanics into the country. It is also because the share of America’s Latino population that was born in the U.S. has grown—about two-thirds of U.S. Hispanics were born here, according to the Pew Research Center.

American-born Hispanics have lower fertility rates than those born in Latin America because they are more likely to assimilate to broader U.S. norms, including wanting smaller families. Research led by Alicia H. Munnell at Boston College found that if immigration doesn’t rebound, the decline in Hispanic fertility could persist.

So what does this mean? A lower birth rate, especially if it keeps declining, will affect the economy and workforce in the future. It somewhat helps that people have started to live longer, which leads them to work a longer time.

The future of Western Civilization begins in the bedroom.

It somewhat helps that people have started to live longer, which leads them to work a longer time.

As the government expands and sucks up an increasing proportion of the work force, more workers retire relatively early (with, naturally, their extravagant pensions). How long they live has little to do with how long they work.

But do these stats include those here illegally, a population whose replacement level is both 2X and with a lower intergenerational time latency.

You need to work on your editing and eliminate awkward sentences like the one below.

But no one needs to fear a birth dearth that was plugged by the media in the late 1980s. The atheist marxists are going to save us all by frustrating the enforcement of immigration laws and actively importing a lot more poor uneducated people that are faster breeders.

I am glad I won´t be on this planet when third world trash rules over dumb US millennials.

Well, I have adult children and grandchildren, and I don’t want them living in a Muslin or illegal induced dark age. It is amazing how people who come from shitholes create new shitholes, and that includes inner city scum.

Does not bode well for people in education.

Does the word “abortion” ring any bells?

No worries. The left has an answer for that. It’s called “involuntary euthanasia”, and they’re already experimenting with it.

The New York State legislature gave a standing ovation when they passed their bill legalizing infanticide.

It doesn’t really count when you’re applauding yourself.

Rather than flushing money down Hispanic or Muslims ratholes, we should have a tax policy which rewards our people for having more children. We need smart children to drive competitiveness, soiling our gene pool with more people of known low intelligence does not bode well for America’s future. The same is true in Europe.