Why are so many people opposed to calling an extremist group terrorists? 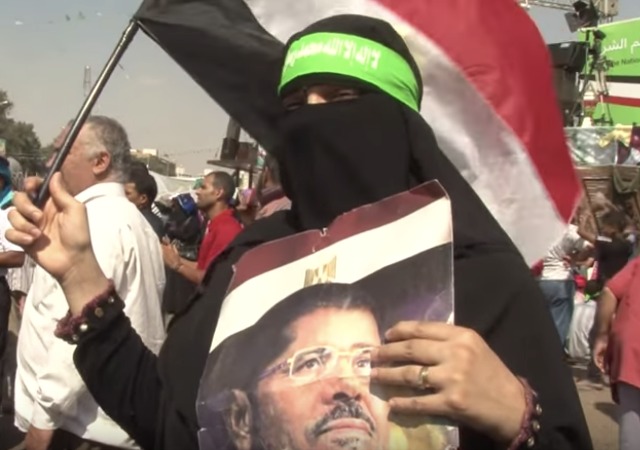 The New York Times reported on Tuesday that President Donald Trump’s administration has given some thought to designate the Muslim Brotherhood as a foreign terrorist organization (FTO).

While the Times ascribed the decision to pursue this course resulted from a meeting between Trump and Egyptian President Abdel Fattah el-Sisi last month, the president has looked into this possibility for two years, as this 2017 report from Fox News makes clear.

According to the Times, the designation would mean imposing “wide-ranging economic and travel sanctions on companies and individuals who interact with the targeted group.”

However, despite the fact that both National Security Adviser John Bolton and Secretary of State Mike Pompeo support sanctioning the Brotherhood, “the Pentagon, career national security staff, government lawyers and diplomatic officials have voiced legal and policy objections, and have been scrambling to find a more limited step that would satisfy the White House.”

As a matter of law, officials have argued that the criteria for designating a terrorist organization are not a good fit for the Muslim Brotherhood, which is less a coherent body than a loose-knit movement with chapters in different countries that either use that moniker or have strong historical ties to it. Several political parties in places like Tunisia and Jordan consider themselves Muslim Brotherhood or have ties to it, but eschew violent extremism.

The report also noted, “such a designation could have rippling consequences, including further stressing relations with Turkey, whose president, Recep Tayyip Erdogan, is a staunch Brotherhood supporter.”

I would add that one could describe Erdogan as a staunch opponent (if not, enemy) of the United States.

Needless to say, this effort has caused unhappiness in a lot of people.

For example, The Brookings Institution, which has received millions from Qatar, one of the Brotherhood’s biggest supporters, asserted that all experts agree that designating the Muslim Brotherhood is a bad idea.

There is not a single American expert on the Muslim Brotherhood who supports designating them as a terrorist group, says @shadihamid. pic.twitter.com/blaOvvSNf7

Jonathan Schanzer, the Senior Vice President of Research at the Foundation for Defense of Democracies, argued two years ago that the administration may face difficult to meet the necessary legal criteria to designate the Muslim Brotherhood in its entirety as a terrorist organization, but they may find ways to go after its affiliates.

Once some Brotherhood branches are designated, it may become easier to target others. When certain branches or even leaders of the Brotherhood are caught providing financial, technical or material support to listed entities, they immediately become candidates for designation.

Also, in a series of tweets, Schanzer, a former Treasury Department official, laid out the process to designate groups as FTO. In other words, regardless of what Trump wants, there is a process to follow.

How designations work:
1. A target is identified based on existing intell or sometimes (yes) political considerations.
2. State and/or Treasury begin to collect intell to assess viability while deconflicting within the USG…

Andy Ngo pointed out that the Muslim Brotherhood isn’t exactly a liberal group.

ICYMI: The Muslim Brotherhood opposed the UN's "End Violence against Women" declaration, stating it would "lead to complete disintegration of society, & would certainly be the final step in the intellectual & cultural invasion of Muslim countries." https://t.co/MsPRT0PaCw pic.twitter.com/0NyGyTusdw

One of the more ridiculous arguments against designating was this: “On the rare occasion there is a fair election in the Arab world, parties affiliated with the Muslim Brotherhood tend to win them (see Turkey, Egypt, Palestine, Tunisia). Trump Administration wants to declare it a ‘terrorist’ group…”

So the Muslim Brotherhood is the great democratic savior of the Islamic world? Really.

What is most important to understand about the Brotherhood is that, despite its religion-based ideology, it should be viewed in political, not theological terms. It is and has always been a revolutionary organization seeking to seize state power and then to transform thoroughly the societies where it operates.

And certainly, that’s what we’ve seen in Turkey where Erdogan has compared democracy to a streetcar (or train), saying that “you get off once you have reached your destination.”

Certainly, we’ve seen it in Gaza too, where Hamas rules with an iron fist.

Since the Muslim Brotherhood-affiliated President Mohamed Morsi was deposed, Egypt is still not a democracy. Morsi, had he consolidated his power, showed no more commitment to democracy than his successor el-Sisi.

It isn’t clear that Trump will get the Muslim Brotherhood designated as a terrorist organization, but the group is not the democratic movement that represents freedom to the Muslim world as some believe.

“the Pentagon, career national security staff, government lawyers and diplomatic officials have voiced legal and policy objections, and have been scrambling to find a more limited step that would satisfy the White House.” And Brookings Institute as well?

I can’t think of a better group of people to ignore. Proceed with the designation.

Trump’s biggest value is he has the balls to ask the really obvious questions like:

Why aren’t we calling these Terrorists Terrorists?

Why aren’t we stopping illegals from coming into our country?

Why are we fighting in Middle Eastern countries where we cannot tell the good guys from the bad guys?

notamemberofanyorganizedpolicital in reply to Whitewall. | May 2, 2019 at 3:25 pm

Whitewall, doesn’t that confirm that all those complaining have been taking Million$ in lobbyist money and illegal gifts from them?

President Trump can surely get them banned as the Terrorists they are if he just does what the Dumb As A Washington Post
does. Snark.

Whitewall in reply to notamemberofanyorganizedpolicital. | May 2, 2019 at 5:11 pm

Money does buy influence. Now if only Trump could do something similar to enemy financier George Soros.

Wouldn’t this mean putting sanctions and travel restrictions on Obama and his lackeys?

This is what it looks like when adults are in charge!

This is imperative.
Please support the president on this action:
http://www.whitehouse.gov/contact

The process of designating the Muslim Brotherhood has the added benefit of revealing Obama stay-behinds.

Is there anything Muslim which the world would miss, most certainly not the brotherhood?

notamemberofanyorganizedpolicital in reply to JusticeDelivered. | May 2, 2019 at 3:28 pm

“Several political parties in places like Tunisia and Jordan consider themselves Muslim Brotherhood or have ties to it, but eschew violent extremism.”

The IRA tried this tactic with their political wing/military wing dualism. Nobody bought it then, either.

“What is most important to understand about the Brotherhood is that, despite its religion-based ideology, it should be viewed in political, not theological terms.”

I hope this sentence isn’t intended to make you forget or ignore that theology is their politics.

If there’s this whole legal process that has to be gone through, and factual findings, and the president can’t just declare it on a whim, then how on earth did Kach and Kahane Chai get designated? Didn’t Clinton just do that on his own, both to please Rabin and Peres and to appear “evenhanded”?

Why not call them as they are.