I’m not even sure that the Times actually cares all that much at this point. 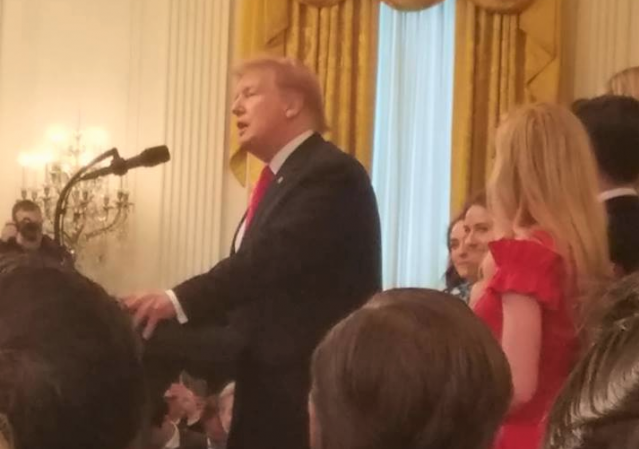 Does anyone really care about the NY Times’ news concerning Trump’s 1985-1994 federal taxes?

I’m not even sure that the Times actually cares all that much at this point, although they must be hopeful that their publication of the information will hurt Trump.

The report is based on printouts from his official IRS tax transcripts and figures from his federal tax form the Times obtained from an unnamed source with legal access to the information.

I don’t know about you—and I don’t know about the majority of Americans—but I wouldn’t approve of that sort of breach of confidentiality even if it happened to someone I hated. I don’t approve of people’s tax information getting out into the public domain against their will, at the hands of the NY Times or any other source, particularly an unnamed one.

The Times’ says its source has legal access to the information. Great. Does that person with legal access have a legal right to give it to a newspaper that will publish the information? If that person is Trump’s ex-lawyer, or ex-accountant, or works for the IRS, or used to work for the IRS, does that make it okay for the Times to publish what I believe is almost certainly confidential information, and protect the source as well?

Those are rhetorical questions.

They do it because they can do it and get away with it, not because it’s the right thing to do. I just don’t happen to think this will harm Trump, and I would hope it would actually help him because people would realize that the newspaper is misusing confidential information against a political opponent.

A person can hope, anyway, right?

Oh, and there’s also this:

[New York state] Senate Dems will vote on Wednesday to approve a bill authorizing the New York State Department of Taxation and Finance to share state tax return information with Congressional committees as long as there is a “specific and legitimate legislative purpose.”

The bill, which would amend state laws prohibiting the release of private tax information, would only apply to Trump’s state returns, not his federal ones, according to sponsor Sen. Brad Hoylman (D-Manhattan)…

The president’s New York roots and his business being based in the city means a lot of the same information available on his federal returns would be included on his state documents, Hoylman noted.

Somehow the state of New York has managed to get by without this law until President Trump came along. If they pass this, it would be poetic justice if it came back to bite them someday.

I have never filed New York City or State tax returns, so I do not know what their returns look like, but in CA, I had to attach a copy of my Federal 1040 to my CA State Form 540. So if someone gets my CA return, they have my complete Fed return as well.

If NY has a similar requirement, Trump’s NY state return will include a copy of his federal return attached.

Trump’s string of annual losses in money-making ventures reflects something called RISK. But it’s the kind of risk that you socialists and communists will never know. Should you find your Utopia one day, however, you will eventually learn about other kinds of risk much scarier than what capitalists experience.

Meantime, he lives like a billionaire, on his own money. Unlike those obama parasites, who lived like billionaires on ours.

The only embarrassment the Jew-hating ny times knows is embarrassment befotre the scum that is their sick base of readers downstream in the corrupt democrat media.

[New York state] Senate Dems will vote on Wednesday to approve a bill authorizing the New York State Department of Taxation and Finance to share state tax return information with Congressional committees as long as there is a “specific and legitimate legislative purpose.”
—————————
This kind of crap is why I’m now using fascists instead of liberal or dem.

The majority of readers of the NY Slimes, a formerly great newspaper but now reduced to the status of a rag, just think this is great. They don’t care if the rights of an individual are thrown aside because of their hatred.

The left are filled with hatred of just about anyone who opposes their views, so to them laws and rulings and judicial matters have no bearing on anything. As seen with this Contempt of Congress move against Barr who is following the law and even a recent ruling that a 50 year old grand jury testament cannot be revealed upholding that law, they don’t care. They hate laws that might protect those they hate, so ignore them. Never mind they have hidden behind them themselves, and rightfully so, they have their crusade of this attempted coup to keep pushing.

Personally, I think Barr could be justified in issuing an arrest of those who sent the subpoena and found him in contempt for Counseling to Felonies. The left are looking for Barr to break the law so they can keep pushing this narrative.

I might have hated what Obama did to this country, but it was directed hatred of his actions, he did not on a personal level matter to me enough to hate him. Therein lies the difference.

Reagan I believe warned Fascism would come from the left. As it has in the past. Yet the left said Fascism is right wing, so the left is given a pass for their fascist tendencies. That ties with what the NY Times did. It is ends justifying their means, and they don’t care about law if it protects someone they hate.

Personally, I think Barr could be justified in issuing an arrest of those who sent the subpoena and found him in contempt for Counseling to Felonies.

No, that is impossible. Besides the fact that there is no such crime as “counseling to felonies”, they have complete immunity for anything they say on the floor of the House or of any committee.

(Video)Trump Discussed His Business Losses on The Apprentice!

TRUMP: My name is Donald Trump, and I’m the largest real estate developer in New York. I own buildings all over the place, model agencies, the Miss Universe pageant, jetliners, golf courses, casinos, and private resorts like Mar-a-Lago, one of the most spectacular estates anywhere in the world. But it wasn’t always so easy. About 13 years ago, I was seriously in trouble. I was billions of dollars in debt. But I fought back, and I won, big league. I used my brain. I used my negotiating skills, and I worked it all out. Now my company’s bigger than it ever was and stronger than it ever was, and I’m having more fun than I ever had.

RUSH: So the New York Times is breaking these news stories three years ago and then yesterday that Trump lost a billion dollars, that Trump didn’t pay any taxes, that Trump’s a lousy businessman. Trump admitted it all! He admitted it all when doing his intro to the TV show The Apprentice. Trump has never hidden this, by the way.

It will bite NY politicians for sure. Cuomo (and any New York Governor or NYC Mayor) has the White House in his sights pretty much by default. He’s got to run in (and win) New York which means the competition, both friendly & unfriendly, gets to scour his returns.

Bloomberg would not be happy either. He’s a pretty rich guy but there are a lot of much wealthier people filing tax returns in NY too who are anonymous and would not like to have their tax returns made public.

Another point is that the NY Times has proven exactly why Trump’s tax returns should never be released. There are very few people in the country that can truly understand how the tax code works with respect to developers and real estate moguls. Most “journalists” would not be able to pick up a printout of his tax return (I’ve prepared tax returns that are over a thousand pages and they are heavy) let alone understand the flow of the return. The best they can do is exactly what they did – look at the first few pages and report that he paid nothing and lost billions.
.
There’s a NY Times financial journalist who wrote a book about Trump’s dealings with Deutche Bank and concluded Trump is a crook (NPR interview yesterday) and fraud. I listened to him and concluded that Trump is brilliant and exactly what we need in Washington. Writing about financial stuff doesn’t make you qualified to talk about it. He made the comment that in his 25 years reporting he never heard of anyone doing what Trump did with D-Bank. I can tell you that I have seen it done dozens of time in real life especially during the period he was discussing.
.
Bottom line, they need to shut up and write articles about the historically record setting economy.

It’s a perfect point that a person can have legal access to his returns but absolutely nobody has the right to release that information to anybody without Trump’s authorization. I’m pretty sure he didn’t do that.
.
As for IRS transcripts, during that period his attorneys and accountants would have the actual returns. They would not have access to the IRS transcripts.
.
The only people with access to the IRS transcripts would be IRS agents.
.
Another source of a leak would be banks but again, they would have copies of the returns themselves (today they request transcripts but not back then).
.
The state of NY requires the attachment of much of the Federal tax return to the New York tax return, so it would give them direct access to the taxpayer’s Federal information. This would be a problem for the State because by enacting such a law to get at Trump they would be exposing many of the richest and most powerful people in NY to unwanted potential scrutiny.

There is no legal reason for a Candidate or even a President to release their tax returns. It has only been a thing since Nixon anyway. I don’t see what the big deal is, especially since Bill Clinton’s overpriced underwear wasn’t considered cheating on taxes by the Dems.