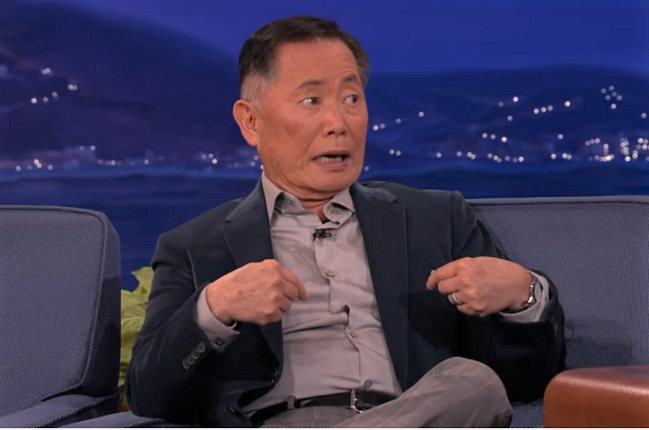 Over 50 years ago, an episode of Star Trek (The Naked Time) featured the crew being infected with a mysterious disease that completely removed people’s emotional inhibitions.

I think I can now identify that virus: Trump Derangement Syndrome. Star Trek actor George Takei, who played Mr. Sulu in the TV series and several films, appears to be a long-time sufferer.

His delusion knows no limits.https://t.co/FRf0zQbjbb

Written like the toddler in chief that he is. https://t.co/ccjMomxrL4

Another despicable proposal from a deplorable administration.https://t.co/x18HokNoyp

The condition has gotten so bad that the 82-year-old actor and left-wing activist indicates that he was “tempted to move to Kentucky to just run against” Senate Majority Leader Mitch McConnell.

I’m tempted to move to Kentucky just to run against Mitch McConnell.

Nearly as satisfying as seeing Trump lose in 2020 would be to see McConnell go, too. Let a Blue Wave purge the swamp in Washington.

To run for Senate, a candidate is only required to live in the state that they’d represent. But defeating a career politician like McConnell would be no small task.

McConnell hasn’t lost an election since unseating Walter “Dee” Huddleston for the Senate in 1984.

Hollywood’s glitterati are rushing to support Takei . . . at least on social media.

Among Takei’s supporters is Luke Skywalker — Mark Hamill — who said he’s tempted to move to Kentucky so he could vote for Takei. Finally, a “Star Wars”/”Star Trek” crossover.

Henry Winkler, known as Fonzie in “Happy Days,” tweeted that Takei has his vote as well. One Twitter user even suggested a “Takei/Winkler 2020” campaign.

And while Takei might have some fame and cachet from his acting career, McConnell appears to have a fairly significant fan base himself. McConnell’s reelection campaign has reportedly sold more than 2,000 “Cocaine Mitch” T-shirts, garnering over $70,000 for his campaign.

Roughly four out of five of the purchasers of the $35 T-shirts are first-time donors to the Kentucky Republican’s campaign, according to a report from the Center for Public Integrity.

“One of the things we learned with this whole ‘Cocaine Mitch’ phenomenon is that people are really engaged,” Josh Holmes, a consultant for McConnell’s reelection campaign, told the watchdog organization. “They want content. They want merchandise.”

He added that the tactic is “not something we would have done in 2014” and called it a “new and unique way to capitalize on what is now a very … vibrant online democracy that is interested in participating if you give them a reason to.”

Takei also might find Kentucky an unfriendly environment for future work, given the fact Hollywood plans to boycott Georgia for its new “heartbeat” law. The Kentucky legislature is considering a heartbeat bill this year.

In The Naked Time, Mr. Spock found the solution to the disease. Based on McConnell’s successes, Hollywood’s disdain for the heartland, and the fact most American’s don’t get their politics from Twitter, I suspect Spock would give Takei the following advice about his political plans: 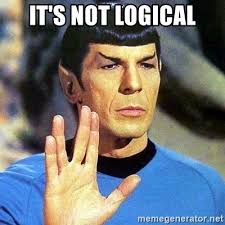 I live in Kentucky.

Might have to move to KY to vote against him

Oh please do. Just shut your mouth so stupid shit stops coming out of it for a change and do it. The people of Kentucky might teach you a smidgen of humility you ignorant elitist shit-bird.

He just might as well board the USS Enterprise now, ’cause there might be beings in the galaxy willing to elect him to office but they ain’t in Kentucky!

George ‘oh my’ Takai is living proof of the over-riding arrogance of the left.

Takei led a charmed life. A life of leisure and freedom. He’s healthy and wealthy.

Two or three seasons acting in minor TV roles and a few spoken lines in four feature films? He did some theater work because its fun. And at 82 he’s complaining because a middling uniparty-establishment-republican politician annoys him.

An old, has been, gay actor who hasn’t done anything of note since the 1960s shoots his mouth off about a politician that annoys him thinking people actually care what he says.

Why MOVE to Kentucky? Just have Scotty beam you there.

Obviously too many beam-ups already. Bones was right about scattering atoms all over the universe.

Just a blowhard venting. Shakespeare had it best.

It is a tale told by an idiot, full of sound and fury, signifying nothing.

Maybe one of those Shakespearean Insult Generators, too.

William Shatner has a ranch in KY, wonder if he’ll let George stay with him as he’s sets his campaign up?

Seriously though, George would learn the phrase, “bless your heart” awfully quick if he were to spend a day or two in the Great Commonwealth of KY.

There’s a reason why Takei wasn’t invited to reprise his role for the big screen. He was probably too charming. Yeah, that’s it. Too charming.

Among Takei’s supporters is Luke Skywalker — Mark Hamill — who said he’s tempted to move to Kentucky so he could vote for Takei. Finally, a “Star Wars”/”Star Trek” crossover.

But Hamill has The Force on his side. Takei, well, not so much.

Before they beam him down on his next mission, Captain Kirk should issue Sulu a new shirt: a red one.

He’ll look real good in it for as long as he lasts!

Mr. Sulu is too busy playing with his “phasor” to campaign.

He is a twisted individual in need of psychiatric help. What a narcissist too. We have more than enough out of their mind leftists in Congress. Go play with yourself B actor, that is one role you are well suited for.

I think McConnell is vulnerable to a Republican challenger because of his support of Obama’s Iran sellout. He could have easily stopped it by declaring that it was a treaty requiring Senate ratification and holding the vote. There was nothing stopping him, but he chose to help Obama instead.

No, he could not. And no matter how many times you repeat it it won’t be any less false or any less stupid and ignorant.

0bama did not need anyone’s permission to implement his deal with Iran. He didn’t submit it as a treaty for ratification, not only because he knew it would never pass, but because he didn’t need it to be one. Everything he promised in it was within his authority to do, so even if he had the numbers to get it ratified why would he bother?

The only way to stop the Iran deal was for Congress to pass a law forbidding the president from doing the things he promised in it, and passing a law over the president’s objections takes two thirds of each house. The deal’s opponents tried hard to get those two-thirds, and nearly succeeded, but in the end 0bama simply had the numbers. That is what happened, and you can’t change it just by wishing or pretending.

Can’t we all agree, first and foremost, that Obama was a Complete POS?

And then worry about the details later?

I gotta admit that this is time to invoke an order I came up with decades ago:

“Beam him halfway up.”

i recommend that you all watch the friar’s club roast of mr takei by gilbert gottfried. it’s as funny as it is filthy

Thought I had somehow been reading the Onion or something.

I used to follow George on Facebook back when he was actually funny (yes there was such a time).

Then 2015/6 arrived and his posts became less funny and more political as he began to back Clinton in the Presidential elections. Then I unfollowed him.

He was particularly hard hit by my nit following him and he’s never been the same since.

Georgie Boi “Jorge DaGhey” Takei is gonna move to Kentucky? Why? Does he wanna slather-up his heinie-hole with KY Jelly so he can take-in Cocaine Mitch’s “Louisville Slugger?” Luckily for Georgie Boi, McConnell doesn’t have the “Yellow Fevah”… but after his heinie takes a reaming and expands exponentially from losing, he’ll have to legally change his name to “Gohta Takeshita.”

Next thing we know, this idiot will be hiring two Nigerian brothers to make it look like Trump supporterer tried to hang him.

He’ll probably be as supid as Jussie Smolette and pay by check.

Remember that episode where Sulu went crazy, took his shirt off, and was waving around a sword? Well, he’s still crazy.

Do it. Please. Them boys in KY will string him up by his balls in a heart-of-the-Bluegrass tobacco barn.

What does Georgie have to offer anyone in the state of Kentucky? I suppose he never considered that part.
Everyone loves to have an outsider come to their state and usurp a Senate seat, just ask the people of New York.
The fact that Fonzie and Luke Skywalker want to vote for him indicates they’re willing to commit a felony just to get him elected. Besides, everyone, especially in the Midwest, always does what Hollywood stars want them to do.

I do hope that George knows that even if he does run against McConnell and manages to win the election he’ll just be another Junior Senator on the same level as Kamala “Heels Up” Harris and he won’t magically become Speaker of the Senate. Right . . . ?