“Concerns about depression, anxiety and suicidal ideations have led Mason High School to do away with a class valedictorian and salutatorian starting in the 2019-2020 school year.” 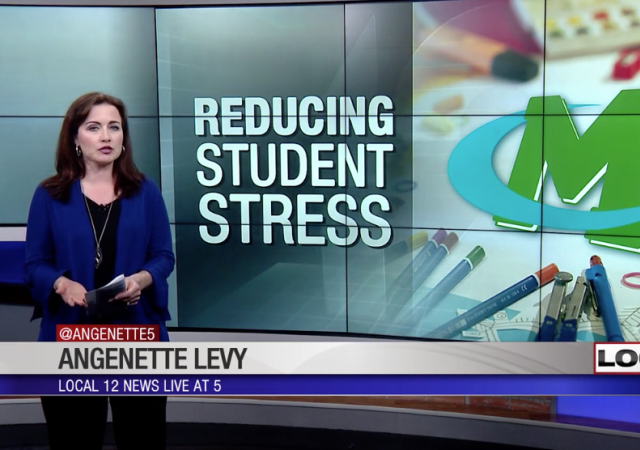 Citing concerns about student mental health, a high school in Ohio decided to do away with valedictorian and salutatorians.

“The class of 2020 at Mason High School will not have a valedictorian or salutatorian and will move to the Latin Honors System in an effort to reduce stress and anxiety among students, school officials announced this week,” reports WJLA.

“I think there’s only a couple of people trying for that. Usually, there’s only three or four,” Hu said of the valedictorian and salutatorian slots.

Mason Schools spokesperson Tracey Carson said Friday 40 percent of Mason’s students graduate with a 4.0 GPA or higher and the desire to overachieve can create stress for teens. Hu said she’s felt stress at school and other students have suffered from a lack of sleep because they’ve taken so many AP classes.

There’s definitely moments too when I was stressed out. I remember last year when I got one of my first Bs. I was like really stressed out about that,” Hu said.

Concerns about depression, anxiety and suicidal ideations have led Mason High School to do away with a class valedictorian and salutatorian starting in the 2019-2020 school year. The school district studied the issue for a year before making the decision to change the ranking system.

What a bunch of sick aholes.

notamemberofanyorganizedpolicital in reply to Firewatch. | May 15, 2019 at 7:48 pm

There is a “special” name for schools and people like that.

My wife and I have 5 biological children. When the fifth was born the oldest was only 2 years, 8 months thus the screen name. I happen to live in Mason and I have 3 kids currently attending Mason High School. I’ve lived in Mason over 20 years and have 5 kids in the district, 2 with special needs. My wife is heavily involved in local politics and knows every person on both city council and the school board. I’ve gotten to know many of the teachers and many of the administration very well over the years. Mason is the largest high school in Ohio with over 3,600 students and is ranked 8th out of over 600 districts. This year Mason had 39 students named National Merit Scholarship Finalists. It is a great school in a great school district. I personally think you would be hard pressed to find a better public school system in the country.

Yes. Let’s reinforce the “everyone gets a participation trophy.” The real world works this way: annual or semi-annual performance reviews, rankings.

“40 percent of Mason’s students graduate with a 4.0 GPA or higher”

And they say it with a straight face.

They’re not claiming that they’ve actually learned anything.

They are grading on a curve to protect losers feelings.

According to parents at a local school, 83% of their children are above average.

SOUNDS like the stats from the school at Lake Woebegone.

The kids have stress? Lack of enforced guidelines will do that, but a nice fresh spanking in their tender youth (on their tender ass) usually supplies a correct and memorable guideline.

When I was in high school, I never stressed about who would be the valedictorian. Then again, I didn’t have a snowball’s chance in Hades of being the v-torian.

I have a funny feeling that my attitude is the dominant one in most high schools.

Yeah, not only did I not stress about it, I was happy for the ones who got any of the honors bestowed at our graduation. For some strange reason, I thought they just did more than I did to earn the honors, and it was my fault for maybe not working as hard as they did. I didn’t blame anyone, but if I had, it would have been myself.

I excelled in science and math, but not in literary skills. I was quite happy with that and did not care much about my deficiencies until I was about 30. It did not stop me from being accepted to a top flight school.

The truth is that high school pomp does not count for much in life. Many thought it was a big deal, I did not.

I have never resented other’s success, that is the first step to being successful.

Ya, agreed! They should give out trophies for the greatest ‘under-achiever’ in HS. LOL They’ll never do that though, trophies are verboten!

Why would the left try to destroy excellence? — Soas to create dependence, poverty and chaos, from which to grab power and rule absolutely.

Ayn Rand explained why the left wants to destroy greatness:

Kill man’s sense of values. Kill his capacity to recognize greatness or to achieve it. Great men can’t be ruled. We don’t want any great men. Don’t deny conception of greatness. Destroy it from within. The great is the rare, the difficult, the exceptional. Set up standards of achievement open to all, to the least, to the most inept – and you stop the impetus to effort in men, great or small. You stop all incentive to improvement, to excellence, to perfection.

Mason is one of the most conservative communities in Ohio and probably the country. Trump won 65.63% of the vote in Warren County and I suspect it would have been higher if his like-ability factor had been higher. Most of the people I discussed the election with were much more likely to say they voted against Hillary then for Trump.

Prime contender in a race to the bottom.

This, of course, is not the “Latin Honors System” but pure Dodo. And, yes, life will continue to be competitive. There are many prizes in life, and most are not awarded by public-school “educators.”

Don’t kid yourself. The kids know who the smartest and stupidest students are, no matter what grades they’re given.

Eliminate football for the same reason.

Also because students are minors and lack maturity to understand just how badly they can be hurt, as in life long crippling injuries. Physical and significant loss of intelligence. How much of dumb jocks is that they started out that way, or was it one blow at a time.

40% of the students have 4.0 or better. I have to call shenanigans on that one. They are pumping up transcripts to try to get more kids into college.
.
My daughters’ high school had no valedictorian. The students voted for two speakers out of the 632 in the graduating class. I sat through 8 very impressive and entertaining speeches at the four graduation ceremonies.
.
As for stress, I had one daughter who graduated 1 in her class. The #1 ranking was given to the 32 students who achieved 4.0 or higher in her class (that’s 5%). This seems like a Liberal stance but it rewarded the highest achievers.
.
I can tell you that my daughter worked a job after school, volunteered both through National Honor Society and for her pet charities, had a boyfriend and played travel soccer. She always was close to the 4.0 but never quite there. Also, her nerdy friends (also ranked #1) had Tiger Parents who never let them do anything extracurricular. She made the decision just before varsity soccer tryouts Junior year to not play any more. It was hard as a parent watching her cry as she called the college coaches who were recruiting her as a sophomore and decline their invitations.
.
Would I take steps to remove that stress? Heck no. She is an amazing and successful young woman who continues to make hard decisions with ease.
.
You can’t teach that. It’s called LIFE.

BTW, my wife and I take no credit. We never looked at report cards for any of our four daughters ever. We always made them responsible for their achievements. We always told them they aren’t our grades. We didn’t know this particular daughter was #1 until we got our brochure at graduation and there was an asterisk next to her name. Funny, she never mentioned it. And while her sisters weren’t #1, they are all overachievers too.

Or you could just give everyone a latin title.

History and Etymology for pusillanimous

My daughter was Salutatorian in 2018 but I understand that was the last year that they will have designations like that.

The Valedictorian was the daughter of one of the High School Guidance Counselors and we are pretty sure she had a lower GPA than my kid did (designations were supposed to be based on GPAs).

I have seen high GPAs with people that took the easiest classes.

She was admitted to a special program (based on GPA, ACT and interviews) that allowed her to go 150 miles away to a State College when she was 15 years old.

So yeah, her grades may have been inflated because she was taking Calc 1 through 4 while the kids back home were still taking Modern Math?

Sorry, my comment was not meant to imply ill of your daughter, it was just a general observation.

From each according to their ability

To each according to what we decide you need.

Was not a problem for any of us in my High School. One of our students was the daughter of Max Rafferty, California State Superintendent of Public Instruction. She was a shoe in and no one paid any attention. Was an early learning experience in deep state protecting and promoting deep state.

As to which I want to be.

Whichever way, can’t we all just sing along?

Light In the Sky

Pay no attention to that link above the curtain!

Light in he Sky

My high school did the same, but it wasn’t for any type of participation award reason. The way GPAs get calculated strongly discourages people from participating in certain extracurricular activities. Because of athletics and cheerleading not counting as a credit, while four years of band was worth two credits, there could never be a valedictorian that was in band. The AP courses were weighted as a 5 (otherwise the competitive students didn’t take them because of a much higher risk of losing that 4.0) and so the fewer 4s that were averaged in with them, the higher your GPA could be. It was rightly recognized that this system didn’t actually work so they changed it to the latin honors system.

The kids know;
The kids keep score among themselves;

Until we “educate” it out of them.

There are about four kids in every High School who care about this.