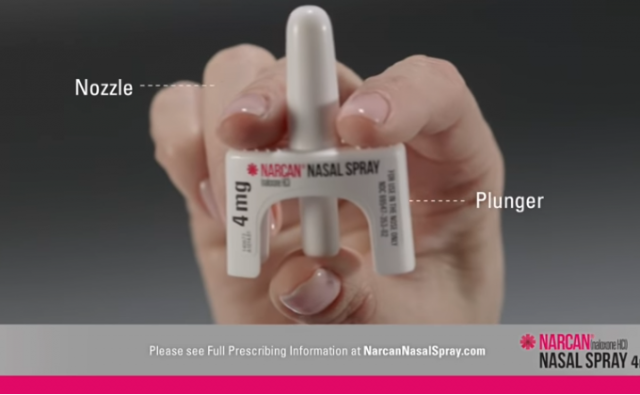 As President Donald Trump continues his trade negotiations with China, U.S. security experts are skeptical about a key part of the new deal: whether Beijing is willing or able to keep its promises related to stemming the flow of opioids into the United States.

Ten current and former U.S. officials, congressional sources and China and trade experts told Reuters in interviews that China cooperates only when it believes it will get something in return.

In this case, several said, Beijing appears to have offered its help so that it could get the best deal possible from Washington in trade negotiations.

“Will they enforce this, or is this just another gesture to be used to secure something they want?” said Robin Cleveland, vice chair of the congressional U.S.-China Economic and Security Review Commission, which monitors the national security impact of bilateral trade and economic ties.

“I think they would hope to leverage it in some meaningful way in the context of trade talks,” she said.

Therefore, it makes sense that the administration is looking for other ways to reduce the staggering number of deaths from opioid overdoses in this country.

One approach being considered is for the Food and Drug Administration (FDA) allowing drug companies to make nonprescription versions of opioid overdose antidote naloxone.

The agency has created sample consumer-friendly labels drugmakers can use when they apply for permission to sell over-the-counter naloxone as a nasal spray or auto-injector, FDA Commissioner Scott Gottlieb said in a statement on Thursday. This is the first time the agency has created and tested a label for a drug consumers can purchase directly, he said.

Emergent BioSolutions Inc. sells a prescription naloxone nasal spray known as Narcan. Opiant Pharmaceuticals Inc. developed the spray and collects royalties on it. Kaleo Inc. markets prescription Evzio, a naloxone auto-injector. Most states allow naloxone to be dispensed without a prescription but pharmacist participation has been spotty.

Gottlieb said a requirement for testing showing that consumers can read a label and use a nonprescription drug properly has been a barrier for companies that want to sell over-the-counter naloxone. Companies will still have to ensure consumers understand parts of the label that are product-specific.

The approach has merit. A new study shows that in states where pharmacists were allowed to sell naloxone without a prescription fewer people died from opioid overdoses.

The passage of laws that let pharmacists sell naloxone directly to patients was associated with a nearly 30 percent drop in the number of opioid overdose deaths compared to states without pharmacist dispensing, researchers report in JAMA Internal Medicine.

“This is additional evidence that naloxone laws that focus on broad access in distribution are effective in reducing opioid related harm,” said study coauthor Rosalie Liccardo Pacula, senior economist and co-director of the Drug Policy Research Center at the RAND Corporation in Santa Monica, California. “Pharmacies are everywhere so they are easy access points.”

One of the big advantages of allowing pharmacists to sell naloxone without prescriptions is that they are the ones talking to patients when fulfilling prescriptions for opioids, she noted.

“The pharmacists are interacting regularly with patients when they are picking up opioids,” Pacula said. “If it’s a parent who is picking up opioids for a child who is getting them because of a surgery, the doctor may not have talked to the parent about the risks of the drugs. This provides a window for the pharmacist to raise the parents’ awareness of the risks associated with opioids.”

Further good news is that the use of prescription opioids such as OxyContin or Vicodin fell at a record rate last year.

The new data, unveiled in IQVIA’s 2019 report on health-care trends, provides some hope for combating the nationwide opioid epidemic, which kills roughly 130 Americans every day.

“A new study shows that in states where pharmacists were allowed to sell naloxone without a prescription fewer people died from opioid overdoses.”

So they can continue to use, repeating the cycle?

And this is considered good news?

Overdose deaths are generally speaking a good thing; a culling-of-the-herd sort of thing. The likelihoods are small that users will ever return to being even partially useful so prolonging the inevitable is just another waste of resources.

Why not just shoot drug addicts, because in your world they don’t deserve to live? Should we have executed Rush Limbaugh? A civilized society doesn’t have death panels Determining who is valuable enough to live.

End prohibition of all substances. We should have the freedom to be stupid. We should be able carry large amounts of cash if we want to, and not have it “confiscated” because it MAY be drug related. That’s just one of the freedoms that is being encroached.

“is that they [pharmacists] are the ones talking to patients when fulfilling prescriptions for opioids, she noted”

I’ve learned that it’s best not to frame life’s realities based on what Madison Avenue feed us. I’ve seen the ads on TV: the doctor, dressed in a suit, sometimes with the white coat, sits at his/her impressive desk, in a large, nicely-decorated office with a really knock-em-out view, framed degrees on the wall, while the patient – you – are seated before said desk listening to the MD’s offered and sagacious advice. After which he/she leisurely walks me back to the reception area.

That has to happened to me or anyone close to be me EXACTLY NEVER.

So when I’m at CVS, waiting in line, watching the parade of tattooed, pajama-wearing others get their RXs, the clerk, who is never a pharmacist, demands the payment, robotically asks me if “I have any questions,” bags the stuff, hands me the CVS receipt which is like 5 feet long with all kinds of coupons to get me to buy even more CVS stuff, and then yells “Next.”

Love those intimate conversations with the CVS pharmacist.

CVS is famous for filling unwanted prescriptions and calling to tell you that your prescription is ready. Luckily, it’s easy to move to a company who are not pushers like CVS.

This provides a window for the pharmacist to raise the parents’ awareness of the risks associated with opioids.”

Sure, and I go down to the local comics store just to chat with the guys behind the counter about Iago’s motivations in Othello. Get real.

Further good news is that the use of prescription opioids such as OxyContin or Vicodin fell
**********************************************
idiotic.
obviously the author does not have spinal damage causing end stage bone cancer pain levels (per MANY neurologists) and has not had to stop taking opioids due to other people abusing.
my productivity level down, my pain levels up, etc in the past 4 yrs since I stopped using hydrocodone. all because I could not afford the 400 piss tests I had to take at any time with hours notice.
stop trying to help me, people that say shit like that have made it worse.

400 $ piss tests, typo.
at any given moment I would have to run in within hours of notice and give a sample to prove I was following the dr instructions as I had been doing since fking 2002.
thanks aholes..

Make drugs legal and be done with it.

The best way to keep some addict from overdosing on Heroin is to make it really hard for a person with a broken arm to get 5 Vicodin.

Sell pure cocaine and heroin. Just put a warning on it, DEATH WILL OCCUR – but you’ll have the high of your shortened life.

They use the same logic they use for guns. They harass and make it more difficult for the law abiding citizen meanwhile the drug addict manages to get their does with no further problems.

Luckily I’m not in excruciating pain just chronic mild. So I don’t have to have a real strong and effective drug but even so Me and my physician still have to play games so I can get my script filled without hassle. I’m thankful he’s obliging but it’s mostly cause he knows I’m not taking them for a high and we’ve worked together for 6 years and I’ve not overdosed yet. or sold my pills.
It’s not government I hate it’s the small minded bastards that they hire and let write the laws.

Try to buy a 30 day supply of Mucinex D.