Can Students Sue the Protesters Who Shut Down an Admin Building at Johns Hopkins?

Can Students Sue the Protesters Who Shut Down an Admin Building at Johns Hopkins? 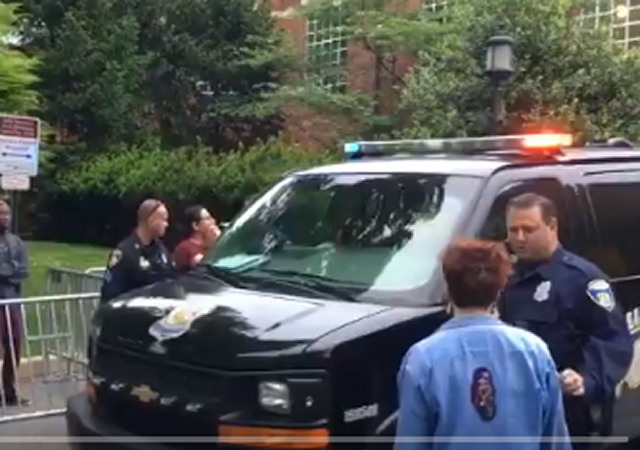 One law professor is suggesting that if the school won’t take action against the arrested protesters, the student community should do it.

Protesters shut down Johns Hopkins building for a week. Here’s how students can sue them.

Johns Hopkins University students protested its plan to form its own police force by blockading themselves inside an administration building as part of their 37-day sit-in.

Activists chained all entrances shut and prevented anyone from entering. After ultimately breaching the building, authorities arrested five occupiers inside.

The private Baltimore university stated that the suped-up sit-in evoked “major safety risks” and “severely disrupted university services,” yet prosecutors have already ruled out charging those who were arrested or involved in the occupation.

When the state refuses to get involved, what’s the best way for a college community to discourage protesters from engaging in lengthy shutdowns? According to one law professor, community members should file civil lawsuits against them.

The public interest lawyer, best known for his legal crusades against smoking and in favor of more public toilets for women, is floating the idea of filing a civil lawsuit on behalf of individuals negatively affected by the suped-up sit in.

Banzhaf has recent case law to cite. Last month a federal appeals court ruled that a Black Lives Matter organizer could be sued by a police officer who suffered injury during the illegal highway blockages he led.

I doubt that a student has standing to sue. Unless that student suffered peculiar damages — not just “I was denied access to the Administration Building [like every other student].” It is the school itself that has suffered damages and which has standing.

The cop suing Black Lives Matter suffered a personal injury in the “protest.”

Why have the prosecutors not filed criminal trespass charges? chicken-shit university administration?