Separate but not equal. 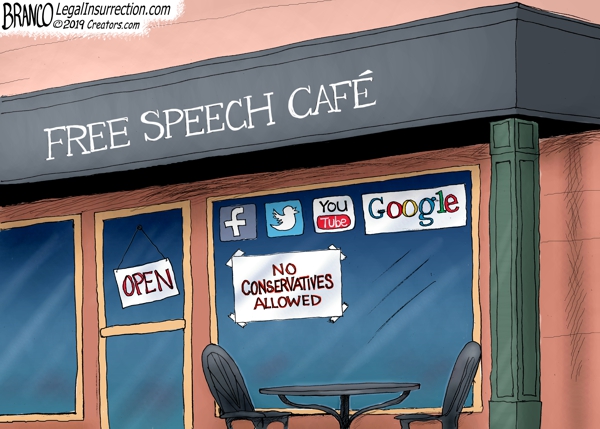 Not such fans of the Free Market when it does things you don’t like, huh?

“Twitter can’t ban white nationalists in the same way it has removed ISIS-affiliated terrorists from the platform because doing so would affect the accounts of Republican politicians, Vice reported Thursday, citing an internal all-hands meeting that occurred last month.”

What free market. Since the 1964 Civil Rights Act says businesses must serve everyone, there hasn’t been one.Live by the rules you made. And yes, white, male, and Christian are all protected classes.

Since the 1964 Civil Rights Act says businesses must serve everyone

That is simply not true. And you’ve been told it often enough that you are not writing out of ignorance, you’re deliberately lying. All discrimination remains legal except on grounds specifically prohibited by law. Race, sex, and religion are all prohibited grounds, but political opinion is not, except in those places where state or local law says otherwise. So they can’t ban someone for being white, or male, or Christian, but they can ban someone for being conservative, just as we can ban people from our sites for being communist.

Twitter can’t ban white nationalists in the same way it has removed ISIS-affiliated terrorists from the platform because doing so would affect the accounts of Republican politicians, Vice reported Thursday, citing an internal all-hands meeting that occurred last month.”

That is a vicious lie and slander. There are no white nationalists among Republican politicians, or anywhere in the Republican Party. They are not welcome there. Unlike the Democratic Party, which has officially put the welcome mat out for antisemites, black nationalists, and other lowlifes.

You mean except for Steve King, and more recently James Allsup? Then there’s Arthur Jones and Patrick Little, just to name a few. Not that the Dems are off the hook; we all remember HRC’s “super-predators” remark.

Black nationalists are potentially an issue, I agree, just like all ethnonationalism. Sadly much of the political establishment equates such critique with xenophobia.

There is no indication that Steven King is a white nationalist. But the moment he said something that could be understood that way he was immediately removed from his committee positions, without giving him any chance to explain himself, because there is absolutely no tolerance for that kind of thing in the GOP.

James Allsup has no connection to the Republican Party and is not welcome there.

Ditto for Arthur Jones and Patrick Little. As far as I know Little has never had any connection whatsoever to the GOP, in any capacity, and the only reason anyone refers to him as a Republican is in a deliberate effort to smear the party by associating him with it.

“We are an equal opportunity employer — Conservatives Need Not Apply”

you should have added CNN & MSNBC to the list on the window.