“The idea that somehow there can be movements organized to deny Israel its legitimacy, and not to allow Israel to participate in economic commerce in the world, sure that is [anti-Semitic].” 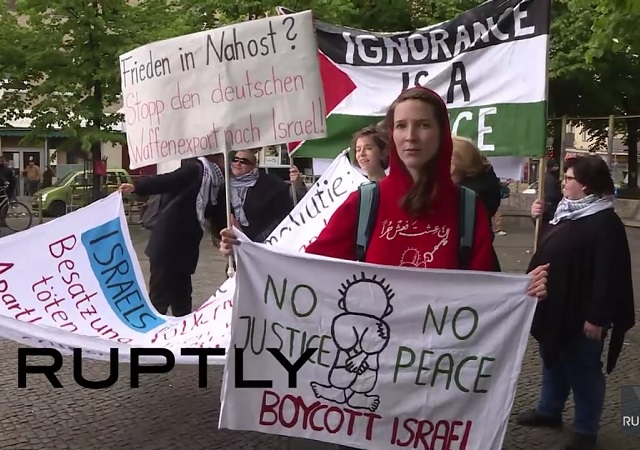 “An individual has a right to buy or not buy what they please,” Elan Carr told reporters. “However, if there is an organized movement to economically strangle the state of Israel, that is anti-Semitic.”

Carr, who was sworn in Thursday morning as special envoy for monitoring and combating anti-Semitism, said the administration is unequivocally opposed to the Boycott, Divestment and Sanctions campaign.

“The idea that somehow there can be movements organized to deny Israel its legitimacy, and not to allow Israel to participate in economic commerce in the world, sure that is [anti-Semitic]. Hatred of the Jewish state is hatred of the Jewish people.”

Critics of the movement say the policy changes it advocates would effectively end Israel’s identity as a Jewish homeland.

“Two communities that are living side by side, and one refuses to buy from Jews and one wants to buy from non-Jews, I think that’s very clear what that is,” he said.

So how can this statement block the Antisemitic Democrats from stopping the Anti BDS legislation? The Democrats and the ACLU throw out a Red Herring argument of “Violation of the First Amendment” which is nonsense since BDS is action and not speech.

“Action not speech” is to difficult for their single-celled brains to grasp.

So it is like the Mob. Or the KKK another Democrat Institution.

It goes beyond boycotts to denial of attendance at professional societies.

It is very similar to what took place in Nazi Germany.

And the Democrats support it.

Now four Jewish Members of Congress have threatened Israel if it annexes the West Bank. I guess they are saying that if Israel does not do what it is told, Foreign aid will be cut.

It is a good way to drive Israel into the Russian Camp. That would be real smart.

“that operate on land that Palestinians consider theirs”

Palestinians need to consider history, and recognize that they are squatting on land to which Jews have an earlier claim.

The truth is that palestinians are modern day barbarians.

Note that the lower case reference to palestinians is intentional.