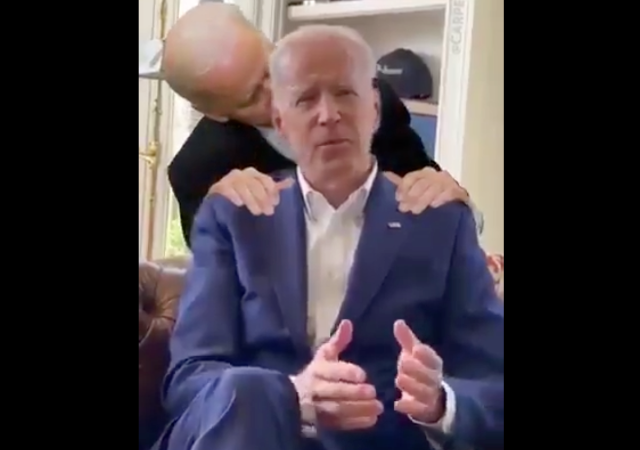 So we all know that in a video former Vice President Joe Biden promised to abide by the “new social norms” and respect people’s personal space after he came under fire for some creepy behavior.

President Donald Trump couldn’t resist taking Biden down a peg. He tweeted out a spoof of the video.

Just in case he deletes it, here are some screenshots. The video has images of Biden from pictures and videos that people have used to show off Biden’s inappropriate behavior. 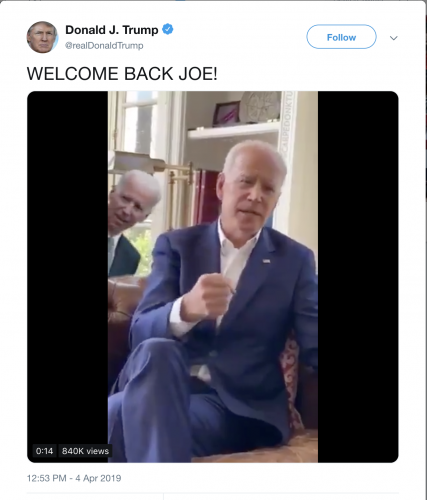 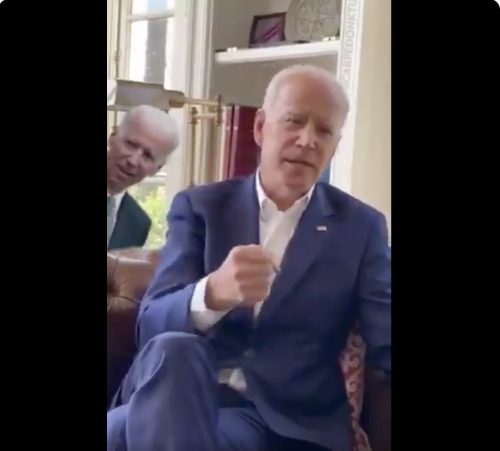 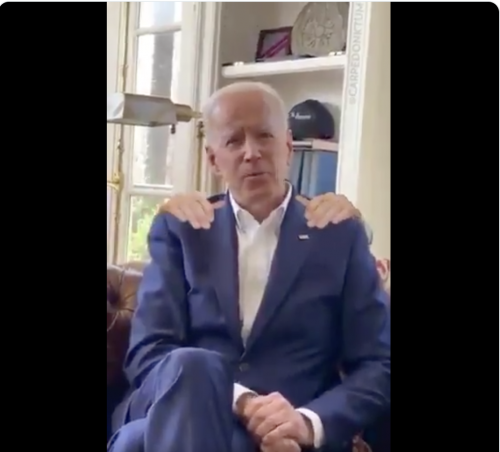 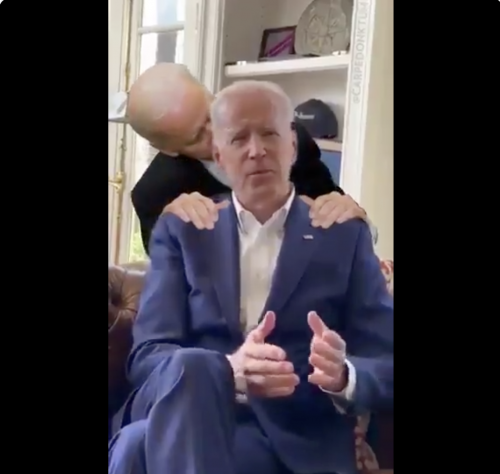 Just hours after the release of Biden’s video on Wednesday, The Washington Post reported that three more women came forward “about encounters with him that made them feel uncomfortable.” That makes the total seven women.

Professor Jacobson noted that even though Biden said that social norms have changed, these accusations have come from his time as vice president.

The three women who spoke to WaPo didn’t approve of Biden’s video. One of the women, a sexual assault survivor, said Biden did not “take ownership in the way he needed to.”

It’s safe to stick a fork in Biden. He’s beyond done. Beto and Buttigieg are running to be either Bernie’s or Kamala’s veep.

notamemberofanyorganizedpolicital in reply to Eastwood Ravine. | April 4, 2019 at 6:03 pm

Eastwood Ravine in reply to notamemberofanyorganizedpolicital. | April 4, 2019 at 7:30 pm

Yeah, almost forgot about her”non-campaign”. I do believe she was sincere when she said she wasn’t interested in running, but if Michelle Obama is the most viable person the Dems can nominate for the general election, they’ll swat everyone else aside (and a must-see convention), whereupon she wins on the 3rd, 5th, or 9th ballot.

Social norms never had that behavior as acceptable. I never, in my lifetime, saw where a man could put his hands on a woman or child as he has done and other than for him, it was considered no big deal. Even with people you knew, other than lovers, you wouldn’t put your hands on a woman’s waist, or smell her hair, or put your nose on hers.

It was also not socially acceptable to swim naked in front of staff or other personnel.

All this aside, this is small potatoes next to the corruption he has done to protect his son’s business.

He was Obama’s VP because he was protection against impeachment. Remove Obama and get Creepy Plugs Biden. That is not a ringing endorsement.

2. “Speaking of creepy…..When people yell out he does this to women while ignoring he’s doing the same to very young children in front of cameras and their parents.” — @RTimeWillTell2

Turn off the sound and just watch. Who wants to leave their kids with him?

Yeah, that’s a pretty creepy video, all right. I particularly like the hands sneaking up from behind.

I still think it’s unnecessary right now—the D’rats are torpedoing Biden just fine without any help. But DJT doesn’t need any tactical advice from me, he seems to be handling things pretty well without my help.

To do the same kind of vetting that Senate Demtards did of Brett Kavenaugh, we will have to check and see if Joe Biden did any baby sitting of little children and by all means, check his Yearbooks for wearing Black Face, White Sheets, or women’s clothes.

We need to give the Demtard candidates the same kind of scrutiny that Republicans get and we need to do it via a means that is not under the control of the Demtard’s Socialist Media Complex that will censor by omission and commission all of OUR unnamed sources, factless claims, and allegations.

I am sure that AOC is pleased with biden’s problems , she probably thinks she deserves to have a crack at the presidency 🙂

notamemberofanyorganizedpolicital in reply to JusticeDelivered. | April 4, 2019 at 6:05 pm

She’ll have to fight Michelle for it for sure.

The only thing to speculate about is whether the Democrat Party will make them fight in vanilla pudding, banana pudding, or tutti-fruity jello………..

Pasadena Phil in reply to notamemberofanyorganizedpolicital. | April 5, 2019 at 8:36 am

AOC will have to change her birth date to qualify.

That rule is racist and just plain mean. /s

Trump has balls of steel. If only the GOP learned to fight the way Trump does.

And then there are all those “Foot-in-Mouth” Gaffs to exploit and have a little fun with.

I can see a rendition of this Ad but instead, a picture of Anita Hill sitting with Joe smelling her lying hair while trying to frame Justice Clarence Thomas with Ted Kennedy yucking it up on the sidelines.