“I mean for them to have that night and if I could add any light to their lives, obviously I’m going to go.” 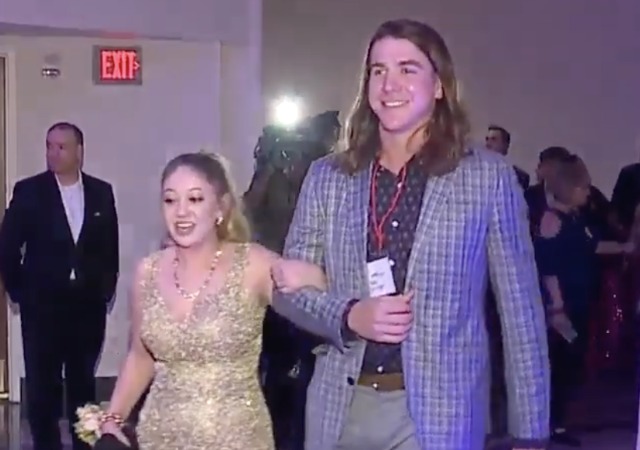 I love it when athletes use their fame for good, especially when it comes to kids. From MLB.com:

When Indians pitcher Mike Clevinger heard he could help give these young cancer patients a night to remember, he didn’t think twice.

The 28-year-old hurler was back in Cleveland with an upper back strain as his team opened a three-game series against the Royals in Kansas City on April 12 when a random message popped up on his phone.

“So, I get a message from like a limo company,” Clevinger said. “It’s like, ‘Hey … we couldn’t get anybody to come for this “A Prom To Remember” event, and we usually have some athletes. We usually have some Browns players. We couldn’t get anyone to come. Is there any way? I’m not affiliated with the event really.’ I think he was just driving some of the kids. But he’s like, ‘Here’s the contract info for the people.’”

“A Prom To Remember”? Clevinger reached out to the Indians public relations staff to figure out what exactly the event was about. He quickly learned that it was a dance held for kids with cancer at the Ritz Carlton in downtown Cleveland since 2010. It’s an organization that sends limos to Akron Children’s Hospital, Cleveland Clinic Childrens Hospital and Rainbow Babies and Children’s Hospital, picking up around 150 kids to bring them to prom. All of their tuxedos and dresses were donated and not a single dollar is spent by the families.

And it was happening the next night. Short notice? Maybe. Did Clevinger care? Not in the slightest. He was in.

“I mean I got two little girls at home,” Clevinger said of his 2-year-old daughters who are 10 months apart. “So, I mean it’s obviously big, especially when it’s these kids that — I mean there’s a lot of things that they miss out on. I mean it’s hard to comprehend in our daily lives … so I mean for them to have that night and if I could add any light to their lives, obviously I’m going to go.

“And it was like an Alice in Wonderland theme, which was right up my alley.”

Great to see this happening!